How do we know that Jesus rose from the dead? 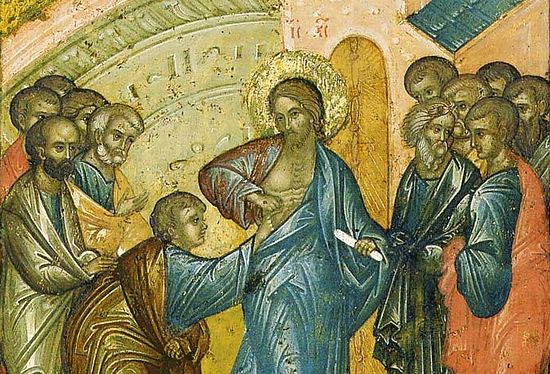 We are in this glorious time of Holy Pascha (Easter) and unlike most of the denominations around the world, who only celebrate this event for one day out of the whole year, we have the great blessing of celebrating it for 40 days! From Pascha to the Feast of the Ascension of the Lord. Why do we celebrate this for 40 days? Because the Church is showing us that this is our reality. The resurrection of the Lord Jesus Christ changed the whole world and it was an answer to the tragedy and suffering of the innocent One who went to the cross for our sakes.

The resurrection of Jesus Christ is a reality for the Lord. He rose physically from the dead and He does not die again. This resurrection becomes our reality by virtue of our baptism. St. Paul says to us “Do you not know that all of us who have been baptized into Christ Jesus were baptized into his death? We were buried therefore with him by baptism into death, in order that, just as Christ was raised from the dead by the glory of the Father, we too might walk in newness of life. For if we have been united with him in a death like his, we shall certainly be united with him in a resurrection like his.” (Rom 6:3-5)

So this is the gift that the Lord Jesus Christ has given each of you and this gift is continually brought to our minds especially during these 40 days and also each and every Sunday which we celebrate as a mini Pascha. This gift that Our Lord has given us is like a seed within us. It is not yet mature and has not come to the time where it bears much fruit. How do we get from the potential of the seed (the promise of the resurrection) to the mature fruit of true resurrection in Christ? We get there by acting as if we are already dead to sin and the desires of the flesh. We get there by thinking about things and relating to things in the same way that the angels and saints do. We get there by shifting our context and our perception completely. For those who struggled through lent and repented and prayed more and took holy communion more often and prayed as a community more often, we find that the shift of our worldview has begun to take place. Now is the time to solidify those changes not to take a break and wait until next year to begin the struggle again. The lives of the saints are a continual witness to Lent and Pascha in alternating turns. They struggle, the pray, they weep for their sins and God raises them up with the light of His grace as new men and women. This is a foretaste of the resurrection.

One of the interesting things about the passage from today’s gospel is that it is clear that Thomas’s doubt is one of the absolute proof’s of the resurrection of Jesus Christ from the dead. In our day and age we like to submit everything for scientific and logical inquiry. Perhaps we can take a brief moment to logically look at the behavior of Thomas and see what it tells us.

Thomas was not with the other 10 disciples when the Lord first appeared to them. Afterwards, he arrived and the disciples in all their joy and excitement told him this amazing news. But what did he say to them? He said “Unless I see in His hands the print of the nails, and place my finger in the mark of the nails, and place my hand in His side, I will not believe.” That was his statement and his firm belief. Not imagine what Thomas later did in his life. He travelled the furthest of all the disciples, all the way to India of all places. And he did this at a time when such travel was grueling and often deadly. And everywhere that you go in India there are still reminders of his presence among the Christian people because so many of them have the name Thomas. In addition to his extensive travel we know that he gave up his life for Christ. He died for preaching that Jesus Christ was raised from the dead. Why would anyone do such a thing? Why would he suffer such things willingly? He had told the disciples that he wouldn’t believe unless he saw the Lord Jesus and put his hands in his wounds. Yet we see him going around the world and preaching and dying for Christ at the hands of those who would try to silence him. The reason according to our logical and reasonable thinking must be clear.

In addition to the doubting of Thomas and the change in his behavior, we also see the complete change in all of the disciples. The disciples themselves told us in the writings of the gospels that they were scared of the Jews and what might happen to them after their master Jesus was crucified as a common criminal. They were worried because they were known to be His followers and disciples. These are not things that people write about themselves because it makes them look weak and cowardly. Yet within a short time we see a radical shift in the disciples that allows them to go out and boldly preach the gospel to the people of Jerusalem and to the world.

Now one of the claims by those who attack Christianity is that the disciples simply made up the story that Jesus had risen from the dead. Here are the problems with that claim. First, if Jesus did not rise from the dead, why did the authorities not go and produce the body and show it to the world? The answer is that the body was gone and could not be produced. This leads us to the next question. Where did the body go? Where could the body of Christ be hidden that no one would notice the smell or disrupted earth or people digging in the middle of the night, etc? More importantly, the Jews had come to Pontius Pilate and asked for a guard over the tomb and we are told that a Roman guards were place at the tomb and that the tomb itself was sealed. Historians tell us that this seal was a sort of cord that had a melted wax insignia of the stamp of Pontius Pilate in the middle. This wax would dry and could not be tampered with because it would crack. To disturb the Roman seal was punishable by death. We are told that maybe the soldiers had fallen asleep. We know of course that the Roman army was the most highly trained army in the world and that soldiers rarely if ever fell asleep at their post. We are told that from ancient times, the punishment for falling asleep at your post was that they poured fuel on you and lit you on fire. All of this tells us that another explanation is not only possible but probable.

And perhaps nothing is more convincing of the truth of the resurrection of our Lord Jesus Christ than the fact that 11 of the 12 disciples gave up their lives for preaching the resurrection of Christ. Our faith is challenged and we are told that the disciples made up this story about the resurrection. But we wonder why anyone would make up a story that caused them so much personal pain and suffering. The had nothing to gain from lying. They were excommunicated from their synagogues and the Temple. They were looked at as enemies of the Jewish people. They gave up their work and their livelihoods to go out and preach.

And each of them stood before an executioner or group of executioners under the threat of death. Why did they not admit to making up the story and simply save their lives. If they had indeed made up the story, we think that most of them would have confessed the truth. That is the normal response. Because people don’t usually die for something that they know to be a lie. It is normal for people to die for things that they believe to be true. In this case 11 of the disciples were killed for their belief in the resurrection of Jesus. The problem for those who claim that it was all a story is that if it were indeed a story, then the disciples would be the source of the story and one (if not all) of them would have changed the story or told the truth.

The truth speaks louder than any arguments against the Christian faith. This truth of the resurrection is our truth. We live by it, breathe it, and hope in it. May the seed of the resurrection that is within each of us grow to maturity and make us heirs of glory with the risen Lord Jesus. Christ is risen! Indeed He is risen!

Anthony 4/15/2018 6:43 pm
''In our day and age we like to submit everything for scientific and logical inquiry.'' Well not if you're the western white man, who fabricates lies and falsehoods and masquerades his warped mindset as fact (see the Skripals poisoning and chemical gas attacks in Syria for the most recent evidence of this perversion).
×