On Death and Dying: Three Stories of Eternal Life

On Demetrius Saturday, the Orthodox Church holds a special commemoration service for the reposed. We submit the names of all our Orthodox departed friends and relatives, of those we respect and love, and those we hope the Lord will have mercy on in the next life. In remembering the dead we present three stories of the dying written down by the well-known author Nina Pavlova—may her memory also be eternal. 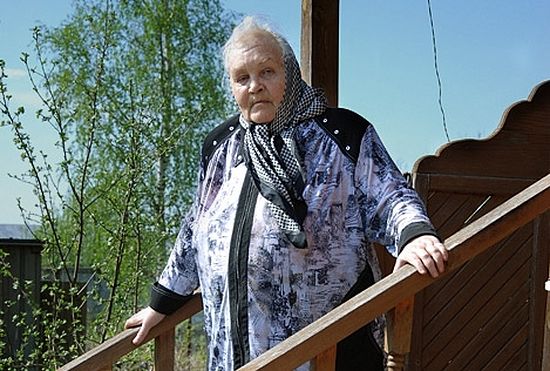 Related by Nun Angelina from the Sts. Martha and Mary Convent, Moscow.

—I was already a secretly tonsured nun, but I was still working as a nurse in the neurological ward of the 57th hospital. One night during my shift a woman dying of cancer was brought to our department. Instead of a chest she had a cavity filled with foul-smelling pus. Her legs were black with gangrene, and copious, putrid pus was dripping from her onto the floor. The hospital room was immediately filled with the smell, and by morning such an unbearable stench hung over the entire ward that the doctors told me off: “Why did you accept her into our ward? She has a whole bouquet of illnesses—you could have sent her to any other ward.” “But what was I to do,” I said, “if there was space left only in our ward?” 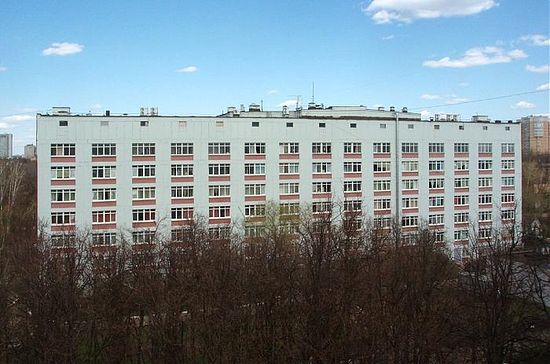 Of course we took measures to get rid of the smell; we put basins with solution and containers with salt around her bed. But nothing helped. She was rotting alive, and the face of the woman who lay unconscious was contorted with unbearable suffering. Meanwhile her husband was prancing around her and shouting so loud that the entire ward could hear, “Why aren’t the doctors helping? The doctor is obligated to help!”

This was an elderly couple, and the husband loved his wife so much that he was begging her, “Don’t die! I can’t live without you!”

“Why don’t you let her go?” I asked the husband. “Can’t you see that she is suffering and wants to depart to God? It will be better for her there.”

“What does that mean, ‘better’?” Her husband didn’t understand.

He was not a religious man. But nevertheless I managed to find the right words, and we agreed to meet by his wife’s bed and pray for her after the doctors had left for the evening. He would pray in his own words, and I would use a prayer book.

So, evening came. I poured holy oil on the patient’s wounds, while her husband stood by his wife’s bed, holding a burning candle. He spoke softly that if his beloved wife wants to go to God, then let her go to that better world. I started reading the Canon for the Departure of the Soul. But I had barely finished the first ode when the woman heaved a breath of relief and left us for that better world.

“What? Is that all?” the husband marveled. “It’s that simple?”

“Now you can see for yourself,” I said to him, “how the Lord loves us, how He heard our prayers.”

But the most amazing thing is how the stench immediately disappeared, and the husband noticed it. I also noticed it, but not trusting myself I asked the orderlies from the morgue to wrap the suppurating leg in plastic—otherwise the pus would drip onto the floor of the corridor—and people had already suffered enough from the stench.

We rolled the bed with the reposed to the morgue for a rather long time—first in the service elevator, and then along the long underground corridors. But there wasn’t the slightest hint of a smell. There was only the feeling of reverence before the mystery, when the Lord hears our prayers.

The famous Russian sculptor Viacheslav Mikhailovich Klykov was taken home by his family when it became clear that he was dying and the doctors were helpless to save him. A nurse I know, Lena, took care of him at his home. We talked often on the phone, and one day I asked her to kiss for me the hand of the sculptor who sculpted the wonderful memorial statue for our convent of the Holy Royal Martyr Elizabeth Feodorovna. 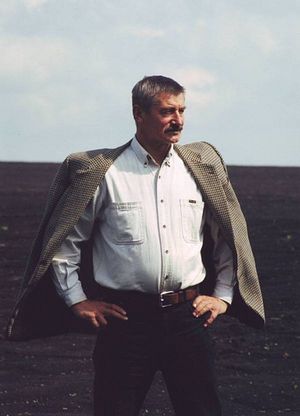 Viacheslav Klykov
I learned the history of his illness later. Viacheslav Mikhailovich had a malignant tumor successfully removed, and then having immersed himself in his work he didn’t go back to the doctors. They called the last year of his life, “Boldino Autumn”,1 and how inspired he was in his work then! He was hurrying to live, to finish his work, and now he was dying in terrible suffering. He had refused painkillers, knowing that they cloud the mind. In order to make confession one has to concentrate, and he confessed three times before his death. Meanwhile his suffering increased. One day Archimandrite (now Metropolitan) Tikhon, the Klykov family’s father confessor and friend, told the nurse that she should at least give him sedatives to somehow ease his suffering.

On the very day of the Ascension of the Lord, June 1, 2006, Lena called me and asked me to bring the necessary drugs from the hospital. I was riding the subway with the medicines for Klykov and reading the Akathist to the Mother of God, “She Who is Quick to Hear”. I remember how I entered the room of Viacheslav Klykov and the first thing that met my eyes was a large icon of “She Who is Quick to Hear”, which the Klykovs had acquired, as they later told me, just after he had begun going to church. Viacheslav Mikhailovich was in very poor condition.

“Has it been long since you gave him Communion?” I asked.

I sent Lena right away for a priest from the Martha and Mary Convent, and it is a good thing that it’s located right nearby. Soon our confessor, Priest Victor Bogdanov, arrived with the Holy Gifts. Viacheslav Mikhailovich lay with closed eyes and seemed to be unconscious. How can one commune a man in that condition?

After Communion I asked him, “Viacheslav Mikhailovich, are you strengthened?”

Later Priest Dimitry Roshchin gave him Divine Unction. It was a long, difficult night—his friends called, and Fr. Tikhon (Shevkunov) called and blessed us to read the Canon for the Departure of the Soul. We read it.

Lena left to rest, and I sent Klykov’s wife, Elena Sergeyevna, to her bedroom. I told her to rest at least an hour because she was worn out. I prayed all night at Klykov’s bed and crossed him many times with the Jerusalem Cross with which the family had walked the way of Christ on Golgotha. Suddenly I felt that Viacheslav Mikhailovich was departing—I have had such experiences. Before his passing he opened his eyes and looked off to the distance with such an illumined and joyful face that I can only describe it in one word: He shone. I ran to the bedroom shouting, “Elena Sergeyevna, Viacheslav Mikhailovich is leaving! Run quickly and kiss him!”

His wife came in time to kiss her husband and say goodbye to him. And he was lying there so illumined and happy that everyone agreed with me: “He shone!”

This was the death of a righteous man.

One con artist bought a burned house near Optina Monastery for a song, covered the charred logs with siding, and put it on sale through the internet for such a ridiculous price that a house in Florida could be bought instead. Nevertheless, a buyer was found. He called the seller and came to Optina Monastery with big money in hand, so that he could seal the deal right then and there. Outwardly the house looked fine. But when the buyer started tapping the walls he discovered that behind the lovely siding were completely charred logs.

“I would do better to give this money to the monastery than pay for a scam!” the man said in his indignation. 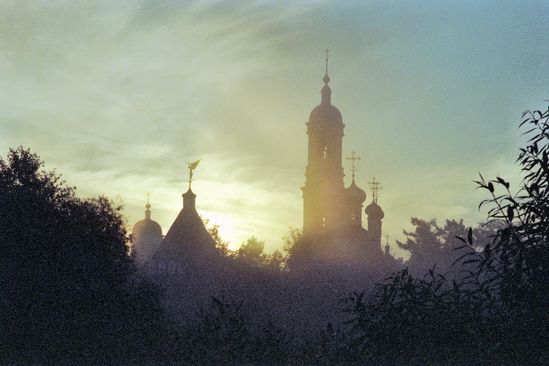 And he really did donate the money to the monastery then. He prayed there in Optina Monastery, received Communion, and on the way home, died in a car accident.

Later his widow came to Optina and related:

“My husband called me from the monastery and said, ‘You know, I looked at that burned house and suddenly understood just how corruptible everything on earth is, but only the Kingdom of Heaven is real. Don’t worry about the money—our whole family has been written in the monastery prayer books for eternal commemoration. And just imagine, I will be commemorated eternally’.” He must have had some premonition, since his soul was already reaching toward eternity.

From: “Man is Thrice Wondrous”.

1 After Pushkin’s creative outpouring in his exile in Boldino.
See also Can the Dead Repent?
Fr. John Whiteford
If someone dies without repentance, is it possible for such a person to repent after death? Fr. John Whiteford answers this question through the writings of the holy fathers of the Church. A Testimony From Eternity
Maria Panisheva

A Testimony From Eternity
Maria Panisheva
In the following days a great and long-expected event happened in their flat where the Heavenly Kingdom had clearly and openly manifested itself, just as the Holy Prophets Elias and Moses appeared before the apostles on Mount Tabor. A priest baptized the dying man, chrismated him, and then gave him the Holy Body and Blood of Christ and anointed him.
Comments

Anthony11/3/2018 12:08 pm
Hi. My γιαγιά had never confessed in her life, but my beloved sister got a priest to go to her in her last days. She finally confessed and the change in her features was remarkable. After confession,she finally looked completely unburdened, and in fact shone. Do you see beloveds how important confession is in unburdening our souls of all the sinful guilt that we carry around with us all day, every day. As Geronda Efraim Philotheitis says, it's those sins that keep us burdened and bound to the earth. Often a person has trouble departing from the body because of the sins that weigh it down, unlike the saints whose souls shoot up like rockets to their heavenly abodes. Rejoice!
×