The Age of Maturity 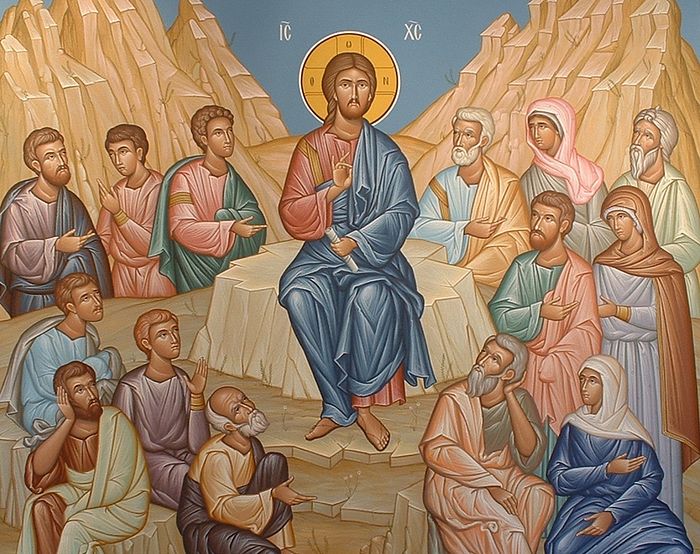 “Jesus Himself began His ministry at about thirty years of age”, says the Apostle Luke (Lk 3.23). Thirty years of age is the age of the sun in its zenith. It is not the rising dawn of maturing youth, nor is it the sunset of looming old age.

Christ was never in danger of becoming old. An elderly Christ would have been an impossibility. He is a sacrificial Lamb—and such a lamb, by definition, can neither be old, lame, or sick. That is why He is young, perfect and sinless. “You are more beautiful than the sons of men; grace was poured out on Your lips” (Ps 44.3).

However, Christ, in His turn, did experience and live through infancy, childhood, boyhood, and adolescence. Thus these phases of human life have been sanctified by the God-Man. Before Christ, it was generally experienced and white-haired old age that could boast of wisdom. Childhood then seemed innocent, but useless. Youth was loud, insolent, and lustful. Adults inclined towards every-day pragmatism and would say that the law of God is good, but would add in a whisper: “We consider the haughty to be successful, and those doing lawless deeds are raised up—they even oppose God and go free” (Mal 3.15).

To this day, we are still affected by all these afflictions because we do not wish to be healed in Christ and by Christ. The Physician has come, and whoever wishes can approach him for healing. But those whose hearts have become insensitive, whose ears hear with difficulty, and whose eyes are closed will not return and be healed (cf. Is 6.10).

Childhood is characterised by weakness of mind and ignorance. Moreover, in relation to godly things it is possible for a person to remain a total child even until advanced old age. Although with the right development, childhood should evolve into adolescence. And in the hands of that adolescent there should be a Book.

According to Jewish tradition, a boy who turns thirteen becomes a “son of the law”. In the presence of adults and His parents (whose attendance is essential) he reads from the Torah, the Book of the Law. From this moment on, he is considered to be an adult and should fulfil all the commandments. Childhood, together with its ignorance, is over.

It is at this precise moment in his life that we see the youth Jesus in the temple of Jerusalem—when he was twelve years old; that is, just a year before coming of age. He does not engage in preaching, for he has not reached the required age (30 years) that would give him the right to do so. However, he sits “in the midst of the teachers, both listening to them and asking them questions” (Lk 2.46). He is the eternal Word or Logos, who came into the world in order to deliver us from our il-logic-ality, our irrationality. For the moment, His age according to the flesh demands that he be silent, and he is indeed silent. However, even when silent he is able to heal human nature. Jesus was an infant, and therefore infant sanctity is possible. He was a youth, and thus sanctity at that age is possible too, as well as for adults.

However, there was no lust in Christ. Not because he restrained His flesh by abstinence, but because His sinlessness is rooted in His divine nature. The reason he became our brother and adopted us to His Father is so that the qualities of His own character—wisdom, humility, and purity—could be communicated to us, His numerous relatives, through faith and grace.

Christ lived in a small and insignificant place called Nazareth. When people heard of it, they would say under their breath, “Can anything good come out of Nazareth?” (Jn1.46). People called it a “town”, but it resembled more a large village. And in villages everybody knows everybody else, the walls of houses are transparent, and people live out their lives before each other’s eyes. Yet nobody could say anything reprehensible about Christ. The whole world kept quiet when he asked, “Who can reprove me of sin?” There will always be silence in response to this question, for He “committed no sin, nor was deceit found in His mouth” (1 Pet 2.22).

After childhood with its lack of reason and youth with its mistakes, what awaits man is adult life with its worries and problems. In the Parable of the Sower, these are described as “the cares of this world, the deceitfulness of riches, and the desires for other things”. Having entered one’s heart, they “choke the word” (Mk 4.19).

At this stage in life, a person knows theoretically that “man shall not live by bread alone but by every word of God” (Lk 4.4). Yet he pushes these words to the back of his mind, and it is precisely “bread”—and what to serve with it—that he busies himself with trying to get! What begins is depicted in Goncharov’s “A Common Story”. It is a farewell to ideals; it is the transformation of a man into a sceptical materialist, at times even a cynic, who considers himself to be an expert on life and a person of experience. Many people are like that when they reach the age of maturity.

Even in such a situation as this, Christ can heal our souls. He reveals the prospect of a new, eternal life in the light of which any worldly treasure loses its value. It is exactly this prospect of a new reality that, in Christian history, gave birth to the voluntary poverty of ascetics and the generous alms of the righteous among the rich. To some he says: “Sell all that you have and distribute to the poor… and follow Me” (Lk 18.22); to others: “Give alms of such things as you have” (Lk 11.41). He looks at wealth from a different perspective, in which two mites from a poor widow are worth more than abundant offerings from a rich merchant. He gives us freedom from swagger, envy and vain prejudice. In Him and with Him we can now become truly rich, without those external attributes of wealth that both weigh us down to the ground and provoke other people’s envy.

There are three ailments for which we need treatment throughout our lives—lack of wisdom, lust, and greed. These do not pass like childhood diseases or the dreams of youth, although each of them has its own corresponding age. Christ, being inseparable from His Father and free from sin, was perfectly healthy both spiritually and physically. He came to share His health with us, who are sick. He does not go to His Cross before having passed through all the stages of human life that precede maturity. He played in His childhood and worked during the years of His youth; he drank water and breathed the air; he felt hunger and experienced muscular fatigue. He incorporated within himself the whole of human life and lived it without offending, or separating himself from, His Father—in other words, without sin.

He does not, of course, experience old age—although in His case such a thing is hardly conceivable. In His divinity He is eternal as His Father, the Ancient of Days; but as a man “Jesus Himself began His ministry at about thirty years of age”.

Archpriest Andrei Tkachev
Translated from the Russian for OrthoChristian.com A Man Called Jesus
Archpriest Andrei Tkachev
Our Lord Jesus Christ is without question God above all creatures. Yet, all the same, Jesus was a real person and not a spirit. God As the Weeping Light to the World
Priest Ioan Valentin Istrati
God is unkillable. By trying to kill Him in ourselves we kill ourselves. But, nevertheless, God comes every time we call Him, even when He knows that we will kill Him later. Imitation of Christ
Bishop Alexander (Mileant)
In the best moments of our life, when we are inspired to live a good life, to love everyone and everything, and to do good deeds, we cannot find a more appropriate example to follow than that of our Lord Jesus Christ.
Comments