Toward a Theology on Guardian Angels:
According To The Church Fathers:
Part 2—Today 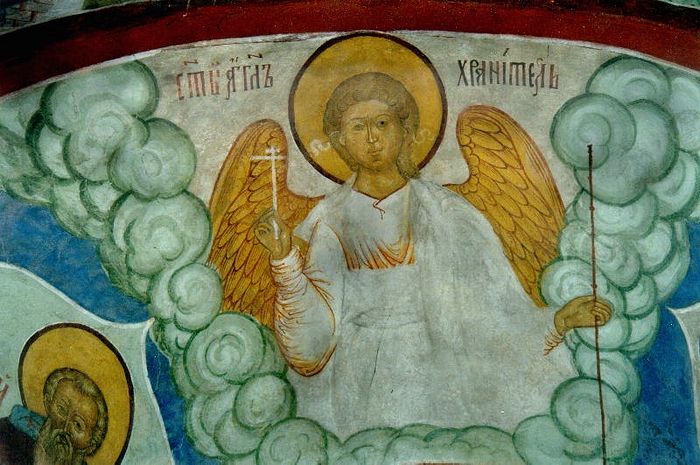 The title of this paper is deliberately chosen. The first word of the title–“toward”–has been used because this paper is not a definitive work. Rather it is intended to be an initial step, albeit a very modest one, toward a more significant effort on guardian angels. Therefore, please read the following article, Part 2 of 2, in light of this objective.

The Powers of Guardian Angels

There are multiple other citations available regarding the existence of guardian angels. For brevity, it is essential to move on and address the powers of the guardian angels. In doing so, we will look at the capabilities of angels—the more extensive set—of which guardian angels are a subset. There is no attribute that guardian angels can possess that is not within the realm of the angels.

“I have written this, not in order to confound you, but that the examples of these kings may stir you up to put away this sin from your kingdom, for you will do it away by humbling your soul before God. You are a man, and it has come upon you, conquer it. Sin is not done away but by tears and penitence. Neither angel can do it, nor archangel. The Lord Himself, Who alone can say, "I am with you," if we have sinned, does not forgive any but those who repent.”1

Only God can forgive sins. Ambrose goes on to say:

“That the Spirit forgives sin is common to Him with the Father and the Son, but not with the Angels. Tell me, then, whoever you are who deny the Godhead of the Holy Spirit. The Spirit could not be liable to sin, Who rather forgives sin. Does an Angel forgive? Does an Archangel? Certainly not, but the Father alone, the Son alone, and the Holy Spirit alone. Now no one is unable to avoid that which he has power to forgive.”2

Let there be no doubt, no equivocation whatsoever, that the angels and our guardian angels are powerless when it comes to forgiving sins. They can listen to us (all the while knowing the truth since they have been with us the entire time). They can hear our side of the story and tales of woe, but their listening will not obviate the need for the Holy Mystery of Repentance.

Angels have free will.

Given the nature of angels, their decision to exercise their free will for God or for the Prince of Futility was made at the time of their creation. We believe that angels, as personal beings, have reason and, consequently, the freedom to form personal moral decisions—throughout our lives. Therefore, it is conceivable that angels could sin. If tradition is correct, the evil angels with the Prince of Futility, having chosen not to serve God, are in sin. And this exists even though the angels as they were created were pure, possessed of natural happiness, sanctified by the Holy Spirit from their creation, and lived in blessed holy communion with God. Nevertheless, some angels continue to serve God. And others do not. Of those who serve God, i.e., our guardian angels, He works in creation through them.

“The angel, although not contained in place with figured form as is body, yet is spoken of as being in place because he has a mental presence and energises in accordance with his nature, and is not elsewhere but has his mental limitations there where he energises. For it is impossible to energise at the same time in different places. For to God alone belongs the power of energising everywhere at the same time. The angel energises in different places by the quickness of his nature and the promptness and speed by which he can change his place: but the Deity, Who is everywhere and above all, energises at the same time in diverse ways with one simple energy.”4

While not omnipresent like God, they can move very, very fast from one place to another. Our human conceptions of speed are wholly irrelevant to the speed at which angels can move. Thus in but a mere moment, our guardian angels can be beside us, then move to be before God and return to our side without us knowing (as if we could understand) that it ever left our side.

Although our guardian angels cannot forgive our sins, it ought to be evident that as messengers of God, they can communicate with God on our behalf and communicate with us on God’s behalf. In this role, they may comfort us—providing we are listening to them. St. Luke presents a sterling example of this possibility when he states, “Then an angel appeared to Him [Jesus Christ] from heaven, strengthening Him.” Within the gospels, only St. Luke reports this event. It reflects the human agony of Jesus and the divine help given to Him as He contemplates his Crucifixion. Indeed, if “Christ in his [human] agony [has] an angel to strengthen Him”5 then we, too, can have the same consideration—assuming we are listening and open to God’s creation. Of this, Hippolytus of Rome states, “And in an agony He sweats blood, and is strengthened by an angel, who Himself strengthens those who believe in Him.”6 If we believe in Him, He will strengthen us through His angels.

Similarly, St. John Chrysostom teaches us that angels have a role in guiding and protecting us. In his guidance to the catechumens, he refers to a guardian angel’s role as an angel of peace.

“For part we say ourselves, and part we permit them to say, now opening unto them the door of prayer, (exactly as we first teach children [what to say], and then bid them say it of themselves,) saying, "Pray ye, Catechumens, for the angel of peace;" for there is an angel that punisheth, as when He saith, "A band of evil angels," (Ps. lxxviii. 49) there is that destroyeth. Wherefore we bid them ask for the angel of peace, teaching them to seek that which is the bond of all good things, peace; so that they may be delivered from all fightings, all wars, all seditions.”7

The “angel of peace” is referred to for catechumens and carried forth into the Orthodox liturgy to this day.

From the above, we have learned that angels, and by extension, guardian angels, have limited powers.

The preceding list is certainly not all-inclusive vis-à-vis the angelic powers. The pursuit of a humanly discernible all-inclusive list would be vain. But the above list is essential in enabling us to determine what the role of our guardian angels is in our daily lives. Knowing what our guardian angels can and cannot do moves us to the second issue posited at the beginning of this section: “Nor would it be an overstatement to say that guardian angels are empowered by the person whom they are attending to or looking after.”

The Law of prayer is the law of belief. This axiom is embedded in the West and Orthodox Christian Churches. The axiom of tradition can be traced back to St. Prosper of Aquitane (ca. 390-ca.-463 A.D.). It affirms the “liturgy as the norm of the faith, that is, how the Church prays witnesses to what the Church believes.”9 Demonstration of this “norm of the faith” is evident in every Orthodox Divine Liturgy.

In the Liturgy of St. John Chrysostom, the following petition is included in the Second Litany of Supplication immediately following the Anaphora and preceding the Lord’s Prayer. “An angel of peace, a faithful guide, a guardian of our souls and bodies, let us beseech the Lord.” If we are going to make lex orandi, lex credendi meaningful, come to life and be a part of our living faith, then we–Orthodox Christians–need to take the above petition regarding our guardian angel to heart.

This study is but a brief one. There is so much more that could be stated regarding guardian angels. And no matter how much more we would write, it never fully captures the entire realm of possibilities and roles of the guardian angel in our lives. This we, as humans, can never begin to know—nor is it necessary for us to know—the magnitude of the role of guardian angels in our lives. What is important is that there are guardian angels. Matthew 18:10, the words of our Saviour, states unequivocally that guardian angels exist. What is also essential—and this we must appreciate—is that we can empower our guardian angels to serve the God-intended role in our lives. It is up to us to act. We must open up to God’s will, love Him, and serve Him. In doing so, we will come to a greater awareness of the heavenly realm.

Going back to the beginning paragraphs of this paper, guardian angels are serious business. It is not a subject we should trivialize or take for granted. Why? Because God is serious.

Canon To The Guardian Angel

O Angel of God, my holy Guardian, keep my life in the fear of Christ God,
strengthen my mind in the true way and wound my soul with heavenly love,
so that guided by Thee, I may obtain the great mercy of Christ God.

From the letters of Archimandrite John (Krestiankin)

When leaving your home, be sure to read the prayer to the cross of the Lord, and when you have a meeting with people you are afraid of, read this prayer too.

And the Lord and your Guardian Angel will protect you from all evil.

Yes, there are now people who consciously choose evil, but they cannot do anything to those who are with God. After all, the enemy is strong, but only the Lord is omnipotent.

2 St. Ambrose, On the Holy Spirit to the Emperor Gratian, Book I, Chapter X.

4 St. Basil, An Exact Exposition of the Orthodox Faith, Book I, Chapter XIII.

6 Hippolytus of Rome. Extant Works and Fragments. Expository Treatise Against The Jews. Toward a Theology on Guardian Angels

Toward a Theology on Guardian Angels: According to the Church Fathers: Part I—to the Apostolic & Church Fathers
Archpriest Nectarios Trevino
We are never abandoned or alone. And this is important because man lives in a supernatural worl—in “spiritual combat between the powers of light and the powers of darkness.” Angels in Our Lives
Yuri Pushchaev

Angels in Our Lives
Russian pastors on miraculous help of messengers from heaven
The Angels reign over the universe, give us good advice, strengthen us in doing good works, protect us from the evil spirits—and all of this is barely perceptible to us. Our True Companions and Guardians
Homily on the feast day of the Synaxis of Archangel Michael and All the Heavenly Hosts
Hieromonk Pavel (Shcherbachev)
Many of us may think, “Yes, but this testimony to the existence of the angelic world happened long ago, in the Old Testament, or in the early years of Christianity. But what about now?”
Comments

Dionysius Redington10/8/2020 8:01 pm
Minor error (refs 3 and 4):Although the references to The Exact Exposition of the Orthodox Faith are correct, the book is by St. John of Damascus, not St. Basil.
×