Prophecies of St. John of Kronstadt

The holy righteous pastor and the Russian Revolution 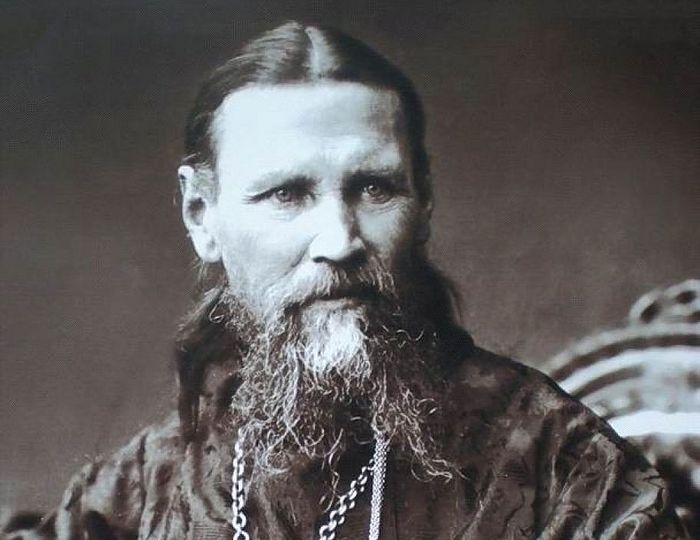 Today is the celebration of the canonization of Holy Righteous Fr. John of Kronstadt by the Russian Orthodox Church Abroad in 1964. St. John would be canonized later by the Moscow Patriarchate on June 8, 1990, and they celebrate his memory on that date.

These notes on Fr. John's observations and prophecies concerning Russia show us how terrible it is to abandon God, what consequences it has on a whole nation, and how all are held accountable. It is a stern warning to all of us.

Reading over the works, journals, and sermons of Holy Righteous John of Kronstadt (1829–1908), Archpriest Vladimir Vigilyansky made a note on Facebook about how an uneasy presentiment of Russia’s bloody future tormented the saint, who continually searched for the causes of the future catastrophes that await the people of Russia and the collapse of its statehood. His thoughts and prophecies hit many—the government, thinkers, liberals, the intelligentsia, journalists, and mainly, the clergy. Fr. John’s speeches were always combined with very high and inexorable demands first of all upon himself, and this is why his words can be trusted.

“Russia has forgotten the saving God; it has lost faith in Him, abandoned the Law of God, enslaved itself to all sorts of passions, deified blind human reason. It has replaced God’s all-wise, holy and righteous will with the phantom of sinful freedom, opened wide the doors to all manner of outrage, and therefore it will become immeasurably impoverished, and be shamed before the whole world—the worthy reward for its pride, for its slumber, inaction, venality, and coldness toward God’s Church. God will punish us for our sins; the Sovereign Lady will not stretch forth her hand to help us. Russia can be called a kingdom of the Lord. This is of course on the one hand. On the other, because of their godlessness and impiety many Russians, the so-called intelligentsia who have strayed from the right path, apostatized from the faith and mock it in every way, having trampled upon all the Gospel commandments and allow all kinds of depravity into our life—the Russian kingdom is not the Lord’s kingdom but a broad and far-flung kingdom of satan…

“You pastors who rule, what have you done with your flock? The Lord will seek His sheep from your hands!.. The Lord most of all watches the behavior of the bishops and priests, their enlightenment activities, performance of sacred rites, pastoring… The current terrible degradation of faith and morals depends greatly upon the coldness towards their flock of many bishops and the clerical ranks in general.

“Our ancestors sinned, but they called a sin a sin; today’s liberals however sin and try to justify the sin, as if it were a lawful deed. Take the sins of the flesh—all of this according to their opinion is not only simple weakness of human nature, but also the laws of nature and its demands.

“Russia is floundering, suffering, tormented by its bloody inner struggle, from bad harvests and famine, from terrifyingly high prices, from godlessness, from extreme moral degradation. Evil times—people have turned into animals, even into evil spirits. The government has become weak. It itself has falsely understood the freedom it has given to the people. Evil has increased in Russia to monstrous proportions and it has become almost impossible to set it right.

“When the consequences of all-around non-submission to the authorities and the inaction of the subordinate members of society, and with this inaction the action of the government ceases, as if the blood were to cease circulating in an organic body, then everything in society dies, descends, falls apart; social safety disappears and members of one society attack each other—a total rampage of thievery, plunder, enmity, and murder.”

And here are a few more of the saint’s remarks:

“What evils haven’t the Russian people and people living in Russia committed? What sins haven’t they corrupted themselves with? Everything! They’ve done and do everything, which is bringing God’s wrath upon us: open unbelief, blasphemy, rejecting all true principles of faith, depravity, drunkenness, all sorts of entertainments instead of donning the mourning garb of community repentance over the sins that anger God, non-submission to authority... In the demonic kingdom there is order and submission of some evil spirits to others, the lower to the higher, the weaker to the stronger; but in this Christian nation all submission, all authority has disappeared—children do not recognize the authority of their parents, subordinates do not recognize the authority of their superiors, students do not recognize the authority of their teachers … divine services are disdained, sermons are powerless, Christian morality is falling more and more, anarchy is growing…”

In some reminiscences by Righteous Father John’s contemporaries we find two characteristic examples—both of St. John and of the spiritual state of the students at the time of the 1905 revolution, which Fr. John lived through and which was the terrible herald of the “terrible year of Russia”, 1917.

Colonel M. D. Timofeyev recalls how he and his friends had decided to “expose the famous priest’s false holiness”. One of them pretended to be sick, and his comrades called Fr. John to ask him to pray for his recovery. When he came to the apartment, Fr. John saw the faker in bed and said, “You don’t need me now, but you soon will.”

He prayed, took no money, and left.

The man who participated in this ruse recalled, “The fake patient wanted to get up from the bed but he couldn’t. He was nailed to it by some unknown power. At first we didn’t believe him, we thought he was pretending and joking, but then we ourselves got seriously scared.”

The students went to Fr. John and repented with tears in their eyes over their foolishness. The saint consoled them and said that their friend is healthy, then bade them go in peace. When they returned they saw that he really had recovered. “This lesson made me a religious and believing man for the rest of my life,” concluded the “joker”.

There was another incident no less well known told by A. A. Ankirova:

“When we started talking with Fr. John, he said to me, “Speak louder, because my hearing has been poor since the time a student struck me on the cheek in the St. Andrew Cathedral.”

Continuing his talk, Fr. John related the details of this incident:

“One day, when I was serving the Liturgy in the St. Andrew Cathedral and was coming out of the royal doors with the chalice, I saw a student lighting his cigarette from an oil lamp burning before an icon of the Savior. I said to him, “What are you doing?” Without answering, the student struck me on the cheek so hard that the Gifts splashed onto the stone dais. I crossed myself, turned the other cheek to him, and said, “Hit me again.” But the people seized the student. The stones from the dais were taken out and thrown into the sea.”

One of the notes in Fr. John’s diaries relating to those times becomes understandable: “O Lord, bring the students to reason; bring the government to reason; give them Thy truth and Thy strength, Thy power. O Lord, may the sleeping tsar arise and act with his authority; give him courage and foresight. O Lord, the world is in confusion, the devil is triumphing, truth is mocked. Arise, O Lord, and help the Holy Church. Amen.”

In a publication from 1980, in the second volume of a book by I. K. Sursky, “Fr. John of Kronstadt”, we read: “On one Sunday in autumn of 1916, in the St. John Convent in Petersburg, where venerators of Fr. John had gathered, Metropolitan Makary of Moscow was celebrating the Liturgy. After lunch in Abbess Angelina’s quarters, several clergymen gathered, along with some military men. Metropolitan Makary to read those gathered an excerpt from the diary of Fr. John of Kronstadt, in which his vision and prophecy concerning Russia were written…

“It turns out that many years before the First World War, Fr. John had absolutely precisely entered into his diary the participants in the war and its conclusion. Fr. John also foretold tsarist Russia’s military misfortune and the revolution that would be bound up with it.

“He showed the lengthiness of the reign of revolutionary ideas, the innumerable victims of the revolution, the rivers of blood, the woes and wretchedness of the entire population.”

Holy Righteous John truly—not foresaw but knew; he was the bearer of experiential knowledge from the Holy Spirit. “During the life of St. Seraphim [of Sarov], for his prayers, the Lord preserved Russia; after him there was another pillar that reached from earth to heaven—Fr. John of Kronstadt”, said St. Silhouan of Mt. Athos. “The October Revolution did not come unexpectedly”
A talk with Prince Zurab Chavchavadze
Peter Davydov, Zurab Mikhailovich Chavchavadze
The thesis that the Russian Revolution perhaps “freed the country from an unviable social order with all it defects” reminds me of the joke about the guillotine being an effective cure for a headache.

Miraculous Help from St. John of Kronstadt Today
Olga Rozhneva
My heart froze. I asked her myself how my son is. The doctor answered, “Mama, there must have been some mistake with your son. It can’t be explained any other way.
Comments