The Price of an Embrace

Make haste to open unto me Thy fatherly embrace,
For as Prodigal I have wasted my life.
In the unfailing wealth of Thy mercy, O Savior
reject not my heart in its poverty.
For with compunction I cry to Thee, O Lord:
Father, I have sinned against heaven and before Thee.

Once a year we hear these words during the church services for the Sunday of the Prodigal Son, at the Vigil. In some places it’s sung and touches the soul, penetrating to its very depths, while in others it’s read, hastily and unintelligibly, without attracting any attention and without allowing anyone to understand the meaning of the words. Whoever has happened to be present at a monastic tonsure is more fortunate in this respect. At a tonsure ceremony this troparion is sung thrice as the person being tonsure crawls from the narthex of the church to the altar—from the sinful world from whence he came to this beloved embrace. 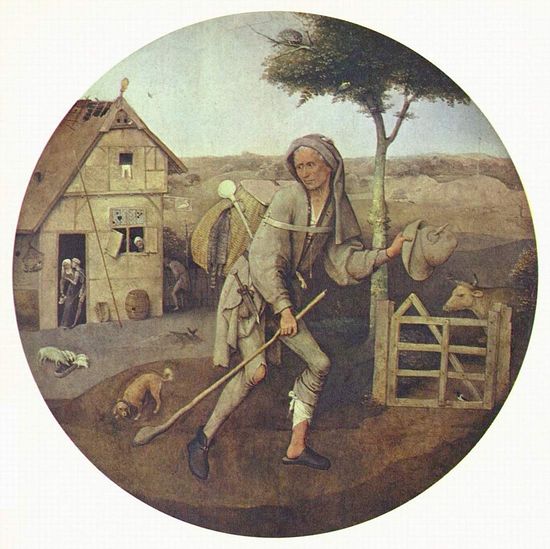 The Gospel of the Prodigal Son is read at the Liturgy, and there is much in it that requires our attention and forces us to think—or should force us. There is the foolishness and audacity of one son. There is the conceit and hardheartedness of the other. The food of the swine. The love of the father. His gifts.

Probably each of us thinks about what in this moment is closer to him personally, what evokes a response in the heart for some reason. Or perhaps some don’t think about it because it seems that right now this parable is “not relevant” to them. Although it is relevant of course, and precisely now, it’s just they “don’t hear” it, they’ve departed to a “far country”— actually to one so close it’s but a step away. Confidence in one’s own righteousness, insensitivity of heart, emotional blindness—aren’t there many such countries?..

Well, I’ve thought about something this time that I didn’t think about earlier. I didn’t think about it this way. Is it hard for a prodigal son to set off for his return? Yes, it’s obviously not easy. It’s a long journey, and he’s ashamed, frightened—and first of all he has to “come to himself” as it says in the parable, because until that point one doesn’t think about returning. And is it easy as a son by birth to lower yourself to the rank of a hired servant? Not in some passing impulse but to consciously resolve to ask acceptance into your family home only in that capacity, unphased by the difficulty of such conditions, or their shamefulness for one who was supposed to become a co-owner of that home!

It’s hard for the son… But is it easy for the father to open his embrace to him? Or more exactly—for the Father. We know what happened to the son, how he at first made merry, then became impoverished, was tormented and hungry. But what about the Father? This is a mystery… And how do those embraces themselves look, how does He open them—to each one differently, or the same way for everyone? What are these embraces? Is this a complicated question? Perhaps even superfluous or idle?..

I am not talking about engravings with various episodes of this parable. Those in fact are not in the churches. I am talking about the Crucifix… 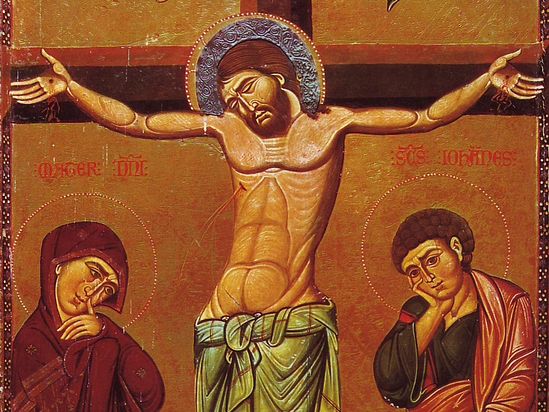 There they are—the “Father’s embrace”. Hands pierced with nails, fixed to the Cross, Blood streaming to the ground. Arms ready to embrace the whole world, and embracing the whole world.

Why is it precisely like this? Why can it be no other way, without the nails, the Blood, or the Cross? Not even any of the holy fathers, the teachers of the Church give a uniform answer as to why there should be such sufferings, such a death…

That is what the father goes out for—so that it would be easier for His children, prodigal and sinful. After all, He knows how hard it is for them, and He can’t help but pity them… The Prodigal Son: The Only Aim of Great Lent
Bishop Tikhon (Shevkunov)

The Prodigal Son: The Only Aim of Great Lent
Bishop Tikhon (Shevkunov) of Egorievsk
The prodigal son found the path away from his destruction. From the spiritual point of view the older brother has only one way out—the one that the holy fathers of the Church suggest to us. We are the Prodigal Son, We are the Older Brother
A Homily on the Sunday of the Prodigal Son
Metropolitan Anthony (Bloom) of Surozh
And then the time comes for us to deeply and closely reflect upon ourselves, and understand that we have sinned against Heaven, sinned against our father, against our brother, against our loved ones, against our sister—against everyone around us. We have sinned—meaning we severed the tie, desiring to be free of them… And then the time comes to return: back home, there to where they fed us, gave generously to us, cared for us, and in the end, to God, the Font of all blessings.
Comments
×