“So the Last Shall Be First…” I recently had a difficult conversation with the daughter of a friend of mine. They have a seriously ill child in their family, who was born with congenital disorders. This woman often comes to our Orthodox Church of St. Alexander Nevsky [in Tbilisi.—Trans.] to pray and light candles. She would like to take the child to Communion in our church, but the fact is that they are Armenians, baptized in the Armenian Apostolic Church, and I told her that they first need to embrace Orthodoxy. She did not understand what made their Church different from the Orthodox Church, which she had already come to love and considered her own. I advised her to turn to the priest who would explain the differences well, since I myself did not have enough knowledge. But soon some events rekindled my interest in this subject.

My spiritual sister and close friend lost her mother-in-law. This event was preceded by remarkable circumstances for all of us who knew her.

This woman was Armenian by birth. She was baptized in the Armenian Apostolic Church. She did not understand the Orthodox faith, and when her son decided to convert to Orthodoxy, she tried to dissuade him from this step. But the son did not change his mind. Soon he and my friend got married. A few months later, the health of his wife’s mother-in-law suddenly deteriorated, and she ended up in the hospital. The treatment improved her state, but not for long. My friend was worried about her mother-in-law, as she knew what a hard life this woman had had and how many sorrows had fallen to her lot.

Azgush [a diminutive form of the name Azganush.—Trans.]—that was the name of her mother-in-law—hailed from the Armenian town of Spitak. The family was poor, and when she was very young the parents married her to someone whom she did not love. She tried to escape, but her parents found her and brought her back home. In spite of everything, the wedding took place, but Azgush did not find happiness in this marriage.

In December 1988, the Spitak earthquake occurred. On learning of this, she and her husband loaded a truck with food, blankets and everything necessary and drove there. Azgush remembered the nightmare, the horror that they saw there, for the rest of her life. All of her numerous relatives who had lived in the town perished except for her brother, who miraculously escaped unscathed.

There were many other tragedies in Azgush's life, among which was the demolition of her house in the historical center of the town after it had been recognized “unsafe”, so she had to live in rented apartments for the rest of her life. Shortly after moving from her house the woman was robbed—the burglars stole everything they could take, leaving only the furniture. So Azgush was left not only without a home, but also without possessions. And for many years the woman looked after her sick mother, sick brother (who was disabled from childhood) and, towards the end of her life she also looked after her husband who was dying of cancer. She had to go through many trials and tribulations, but she never complained, remaining a very kind and pure soul.

My friend felt sorry for the elderly woman from the bottom of her heart. So she sent her to another hospital and asked the doctors to give her very good care. The staff did what they could, but, unfortunately, she was getting worse. In the last hospital where she was taken by ambulance, Azgush was in a very serious condition.

At night my friend could not sleep. She was very worried about her mother-in-law, and with tears she prayed to the Lord to relieve her suffering so that the woman would not depart into eternity without embracing the Orthodox faith.

My friend had such a strong impulse that, unable to withstand it, she called the hospital and tearfully asked them to let her into the ICU to the sick woman as an exception to the rule. It was almost impossible, but they met her halfway, because she was really nearing death.

And yet, when my friend came, her mother-in-law was still conscious. She was very touched by her daughter-in-law’s visit, as if she could feel that she had very little time left to live. My friend consoled her as much as she could and decided to ask her again: “Mother, do you agree to embrace the Orthodox faith?”

The mother-in-law replied, “Daughter, although my son explained it to me, I didn’t really understand the differences between our faith and Orthodoxy.” My friend replied: “It’ll be morning soon. I’ll ask our priest, and he’ll come and explain to you better than me.” The dying woman agreed. Batiushka came at seven in the morning. He simply and clearly explained the differences between the faith of Orthodox Christians and the faith of Armenians. He later explained this to me as well.

“The Armenian Apostolic Church is one of the so-called Monophysite Churches. The Orthodox Church confesses that Christ is one person (or hypostasis) in two natures: Divine and human, whereas the Monophysites believe that there is only one, Divine nature, in the person of Christ. The Monophysites do not recognize the Ecumenical Councils starting from the Fourth Council (of Chalcedon), which adopted the doctrine that the two natures of Christ are united in one person and one hypostasis. Thus, according to the Monophysite teaching, it was not the incarnate God Who suffered for mankind (as the Orthodox doctrine asserts), but just God.

St. Leo the Great, Pope of Rome, wrote, “For He Who is true God is also true Man. And there is no falsehood in this union, since the humility of manhood and the loftiness of the Godhead both meet there. One of them shines with miracles, the Other succumbs to injuries…”1

The dying woman listened to him and agreed with him. The priest asked her: “If you agree, would you like to be baptized in the Orthodox faith now?” Azgush replied: “Yes, now I want to.”

She was conscious throughout the sacrament of Baptism2. It seemed that the illness had receded for a while, allowing perhaps the most important thing that can happen to a human soul to happen.

At eight in the morning her Baptism was performed, and at five in the evening the newly baptized servant of God Anna fell asleep in the Lord.

So the Lord’s words about those coming even at the eleventh hour were fulfilled: So the last shall be first, and the first last: for many be called, but few chosen (Mt. 20: 16).

My friend’s mother-in-law was brought to an ancient church in the city center. I came to the funeral service and, entering the church, was amazed at the face of the deceased. It was so beautiful and calm that I could hardly turn my gaze away from her. If I had not seen my friend and her husband beside the coffin, I would have decided that I had come to the wrong place. All the edemas and all the signs of her torments had gone, and her face looked majestic and significantly younger—no one would have guessed that this exhausted woman lying in a coffin was seventy years old. Astonished, I left the church and thought about how the grace of God, the grace of Baptism, even on her deathbed, transformed not only her soul, but also her body in a few hours. My friend and her husband grieved a lot, but they had such consolation from God, with which death is not so terrible. Although Azgush was dead, the servant of God Anna was born into eternal life.

1 According to statute 15 of the Ruisi-Urbnisi Council of the Georgian Orthodox Church, those who convert from the Armenian Church to Orthodoxy are baptized by full immersion.—Auth. 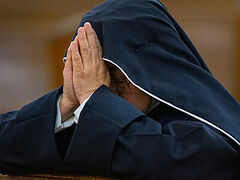 “The Sisters Want You to Expel the Spirit of Orthodoxy from Me”
How a Catholic abbess became an Orthodox nun
Anna Berseneva-Shankevich
Once I entered the church, tears started streaming from my eyes. At that moment, it became completely clear that Orthodoxy was my path. 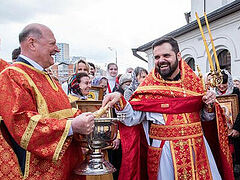 On the Path of Love: From Islam to Christianity
Fr. Nazary Eyvazov

On the Path of Love: From Islam to Christianity
Fr. Nazary Eyvazov
Fr. Nazary was born to a Moslem father and Catholic mother. But by Divine Providence, he converted to Orthodoxy at the age of eighteen. It took him much effort and patience to restore peace in the family. But studying at Sretensky Seminary strengthened his faith and helped him find experienced spiritual mentors and true friends. 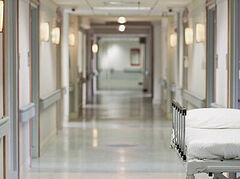 Two Stories of Miraculous Transformation
Irina Dmitrieva
“Now I await an operation due to my brain tumor. The doctors don’t promise anything good, and I finally want to be baptized with the full awareness of why and for what purpose, As well as why I have such a disease.”
Comments

Lisa12/24/2022 9:41 pm
The non-Chalcedonian churches belief is miaphysite, NOT monophysite. This is important to clarify. “Miaphysitism holds that in the one person of Jesus Christ, Divinity and Humanity are united in one "nature" ("physis"), the two being united without separation, without confusion, and without alteration.” It is based on St. Cyril of Alexandria’s Christological formula.
×