Two hierarchs of the Serbian Orthodox Church in North America have appealed to state officials concerning the recent decision of Pristina authorities to block His Holiness Patriarch Porfirije from entering Kosovo on a pastoral visit.

The Serbian primate was physically turned away at the Kosovo border on Monday. “The Patriarch will not leave his people and will do everything possible to meet with them and to pray together with them to God  as soon  as possible,” the Serbian Church said.

And in America, His Grace Bishop Longin of the Diocese of New Gračanica and Midwestern America wrote to Senator Dick Durbin (D-IL):

The Pristina authorities in Kosovo have denied entry to the Serbian Patriarch Porfirije to conduct Christmas services at the Patriarchate of Pec Monastery in Kosovo, the ancient and eternal seat of the Serbian Orthodox Church.

We request that you contact our appropriate government officials and have them inform the Pristina authorities that religious discrimination will not be tolerated by the United States of America.

Thank you in advance for your assistance on this deeply troubling matter.

The Eastern American Diocese also reports that His Grace Bishop Irinej sent a similar letter to Secretary of State Anthony Blinken, calling on “the authorities in Washington to decisively stop the intentions of the Kosovo Albanians to cause riots during the Christmas holidays and repeat the 2004 pogrom against the Serbian people, monks, and clergy, as well as religious and cultural monuments in Kosovo and Metohija.”

Bp. Irinej sent similar letters to other members of Congress and the Presidential administration and to the United States Commission for International Religious Freedom, which is obliged to report to Congress on the state of religious freedom in the world.

His Grace also sent letters of protest to the United Nations and the Appeal of Conscience Foundation in New York. 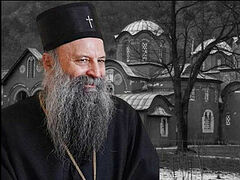 Serbian Patriarch physically turned away at Kosovo border (+VIDEOS)
“The Patriarch will not leave his people and will do everything possible to meet with them and to pray together with them to God as soon as possible,” the Church report assures. 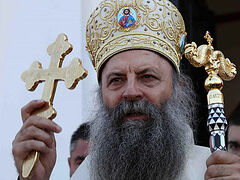 Serbian Patriarch banned from visiting Kosovo
The Serbian primate had planned to visit the ancient Patriarchate of Peć, Visoki Dečani Monastery, and other holy sites. The ban was announced yesterday evening. 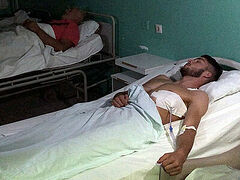 “Go away!” How come we are still here anyway?
Maria Vasic

“Go away!” How come we are still here anyway?
News from Kosovo and Metohija
Maria Vasic
The unknown, the uncertainty, and fear have been the reality of our daily life for more than twenty years already.
Comments
×