The Nativity of Christ was the event in the history of mankind that proved to the whole world how important it is to believe. Since ancient times, from generation to generation, people had been waiting for the Birth of the Savior. And at last the day came when all the prophecies came true!

What were those prophecies? What did people believe in and hope for before the Birth of the Messiah?

Since the expulsion of Adam and Eve from Paradise all mankind had been waiting for the coming into the world of Him Who would atone not only for ancestral sin, but also for the personal sins of every individual person, and would free all people from enslavement to the passions and death. The faith and hope of people were based on the promises that God had given them.

Since the only people of the ancient world who had preserved the true faith in God were the Jews, then according to God’s promise, it was from them that the Messiah (in Hebrew: “Mashiach”, in Greek: “Christ”, literally meaning “the Anointed One”) was to come.

Throughout the Old Testament period (that is, before the Birth of Christ) there were righteous people and prophets among the chosen people, through whom God reminded the Jews of the need to maintain the purity of the faith and be ready to accept the Redeemer.

The first indirect indication of the future Birth of the Savior was given by God Himself during the expulsion of our forebears Adam and Eve from the Garden of Eden.

In the words addressed to the serpent that had tempted Adam and Eve to commit the first sin, He said:

And I will put enmity between thee and the woman, and between thy seed and her seed; it shall bruise thy head, and thou shalt bruise his heel (Gen. 3:15).

In this prophecy, the Christian Church understands the image of “the serpent” as the fallen angel of God—satan, or the devil, and “the woman”—as the Virgin, of Whom the Savior was to be born.

The next prophecy about the coming of the Messiah into the world is the promise given by God to Abraham. After the Lord had tested the faith of the righteous Abraham, He said to him:

And in thy seed shall all the nations of the earth be blessed; because thou hast obeyed My voice (Gen. 22:18).

In these words of God the Church sees an indication that it was from the lineage of Abraham that the Messiah was to be born.

At the end of Genesis there is another indirect indication of the Birth of Christ. Before his death, the righteous Jacob in one of the prophecies given to his sons says:

The sceptre shall not depart from Judah, nor a lawgiver from between his feet, until Shiloh come; and unto him shall the gathering of the people be (Gen. 49:10).

The Birth of the Messiah was also predicted by St. Micah, who lived about seven centuries before Christ.

In his words about the future Messiah, the prophet spoke of His birthplace:

But thou, Bethlehem Ephratah, though thou be little among the thousands of Judah, yet out of thee shall he come forth unto me that is to be ruler in Israel; whose goings forth have been from of old, from everlasting (Mic. 5:2).

Here the name of the city where the Messiah was to be born is given openly—this is Bethlehem.

A number of prophecies about the Birth of Christ were made by the holy Prophet Isaiah, who lived approximately at the same time as Micah.

This prophecy reveals the origin of the Savior—He was to be born of a Virgin, Who would come from the lineage of Jesse and David (Jesse was the father of the holy King and Prophet David). The second part of the prophecy speaks of the future conversion of the Gentiles to Christ. Another prophecy of Isaiah about Christ pointed to His future miracles, power, spiritual authority and healings:

Your God … will come and save you. Then the eyes of the blind shall be opened, and the ears of the deaf shall be unstopped. Then shall the lame man leap as an hart, and the tongue of the dumb sing… (Is. 35:4-6).

The most famous and vivid prophecy about the Birth of the Savior made by the Prophet Isaiah is as follows:

The Lord Himself shall give you a sign; Behold, a virgin shall conceive, and bear a Son, and shall call His name Immanuel (Is. 7:14).

These words speak not only of the coming of the Messiah, but also reveal the mystery of the Incarnation—the Savior would be born precisely of a Virgin, who would mysteriously “conceive”; and His name would be Emmanuel, which in Greek means “God is with us.”

In addition to a large number of prophecies about the birthplace and the very fact of the Birth of the Savior in the Old Testament, there are many other prophecies—about His earthly life, miracles, Passion, death on the Cross and Resurrection.

All these prophecies were well known to every Jew, and every descendant of the lineage of David hoped that the Messiah would be born in his family. All the more deplorable that most Jews did not recognize the long-awaited Savior in the Lord Jesus Christ. They overlooked Him, did not believe in Him, or, like Judas Iscariot, were deceived in their expectations, thinking that He was the earthly King and Ruler Who would make Israel the center of the world. As a result, in accordance with the promise of the righteous Jacob, “the scepter departed” from Israel, which had not accepted Christ, and the Good News began to spread among the “gentiles”—that is, other, still pagan, peoples. 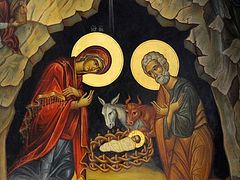 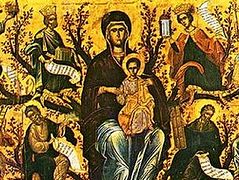 Old Testament Images of Christ’s Birth
Fr. Ted Bobosh
There were three hymns that caught my attention with beautiful imagery. 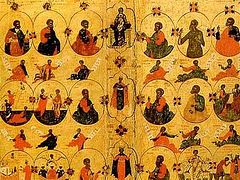 The Nativity of Christ in Chronology from the Creation of Man
Anatoly Vitvitsky
The goal of this article is to show the results of a calculation of the “5508 years” according to texts of the first translation of the lost original of ancient Hebrew Old Testament Books, made by the Israelite translators from the third to second centuries B.C. (the Septuagint) and preserved up to the twenty-first century in the Bible published by the Russian Bible Society in the Russian language.
Comments
×