The concern applies both to undisputed Ukrainian territory and those territories under Russian control.

The Security Council held a session about the persecution of the canonical Ukrainian Orthodox Church at Russia’s initiative yesterday. His Eminence Metropolitan Anthony of Volokolamsk, the head of the Russian Orthodox Church’s Department for External Church Relations, addressed the Council, acquainting its members with the difficult situation faced by the Ukrainian Church.

At the same time, the Ukrainian Church, which separated itself from the Moscow Patriarchate in May, rejected the initiative from Russia and the Russian Church, saying they have no authority to represent or speak on behalf of the UOC to international organizations.

Ilze Brands Kehris (on screen), Assistant Secretary-General for Human Rights for the Office of the UN High Commissioner for Human Rights, addresses the Security Council meeting on threats to international peace and security. Photo: news.un.org

Speaking to the Security Council, Assistant Secretary-General Kehris highlighted the human rights and humanitarian consequences of the war in Ukraine, arising from both Russian and Ukrainian attacks.

Concerning the Church situation, Kehris expressed concern about the searches of Church property, sanctions against clergy, and the parliamentary draft laws that threaten religious freedom.

The official called on both sides to ensure religious freedom without discrimination.

Before addressing the question of religious freedoms, Ms. Brands Kehris gave an overview of the severe human rights and international humanitarian law violations inflicted on the Ukrainian people by Russia’s armed attack on the country, and ensuing hostilities which, she said, put countless lives at risk, caused massive displacement and destroyed civilian infrastructure.

The senior UN human rights official documented the thousands of civilian casualties that the war has claimed since in began on 24 February 2022: the UN Human Rights Office has recorded more than 7,000 civilians killed and more than 11,000 injured, but the real figures are believed to be much higher.

Ms. Brands Kehris referenced the Russian missile attack on a residential building in Dnipro – which killed at least 45 civilians, including six children, and injured at least 79 [although as advisor to Pres. Zelensky Alexei Arestovich admitted, the damage was caused by a Ukrainian air defense missile that crashed onto the building.—OC] – and Russian strikes on critical infrastructure which have killed at least 103 civilians and injured at least 371, and caused major electricity and water shortages across the country.

In the Russian-occupied Donetsk and Luhansk regions, civilians have suffered from Ukrainian shelling of densely populated areas, said Ms. Brands Kehris: the Human Rights Office has recorded 498 civilians killed, including 25 children and 1,675 injured, including 117 children.

Ms. Brands Kehris then turned to the concerns over restrictions to freedom of religion and freedom of association across Ukraine, including territory occupied by Russia.

Tensions between Orthodox communities in Ukraine existed for decades, she said, but they deteriorated following the Russian Federation’s armed attack against Ukraine.

The UN official described Ukrainian Security Service searches of Ukrainian Orthodox Church premises and places of worship as “worrying developments”: at least three clergy, she said, are now facing criminal charges, including for treason and denial of the “armed aggression” of the Russian Federation against Ukraine.

“We urge the Ukrainian authorities to ensure that any such searches in premises and places of worship are in full compliance with international law,” said Ms. Brands Kehris, “that fair trial rights are given to those facing criminal charges, and that any criminal sanctions are compatible with the rights of freedom of opinion, expression and religion”.

Ms. Brands Kehris shared the concerns of the Rights Office that two draft laws recently tabled in the Ukrainian Parliament could undermine the right to freedom of religion or belief, as enshrined in Article 18 of the International Covenant on Civil and Political Rights. “Under international human rights law, any limitations to the right to manifest one’s religion or belief must be prescribed by law, necessary and proportionate”.

Concluding her address to the Council, the senior UN official called on both parties to the conflict to respect and ensure that the rights to freedom of opinion and expression, peaceful assembly, association, and religion can be exercised without discrimination by all. 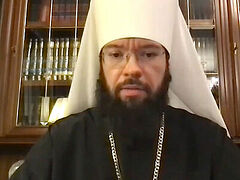 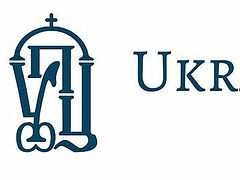 Petition to prevent ban of Ukrainian Church posted on gov’t site
In conclusion, the petitions calls on the state to resolve the Church issue through dialogue and the protection of constitutional rights, and not to apply any individual crimes to the UOC as a whole. 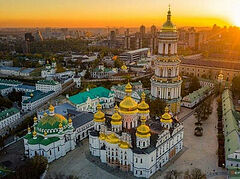 Russia calls for UN meeting about Ukrainian Church, but Ukrainian Church rejects the call
Nebenzia also said the Security Council plans to talk about how the civilians of Donbass have survived under shelling since 2014, and what their hopes and goals are.
Comments

pfmd1/20/2023 12:42 am
As reported by Intel Slava News: “The government of Ukraine submitted to the parliament a law aimed at banning the canonical Ukrainian Orthodox Church The UOC will be banned if the Ukrainian authorities come to the conclusion that it is connected with Russia. The initiator of the bill is the Prime Minister of Ukraine Denys Shmygal.” The Ukrainian war against Christianity continues.. Mr. Denys Shmygal is both a Neo-Nazi and a Zionist.

Alex1/18/2023 11:55 pm
So, now all of a sudden...the UN is 'concerned' about religious freedom in Ukraine?! Where have they been all of these last few years while the canonical Ukrainian Orthodox Church (under the saintly Met. Onufriy) has been persecuted?!
×