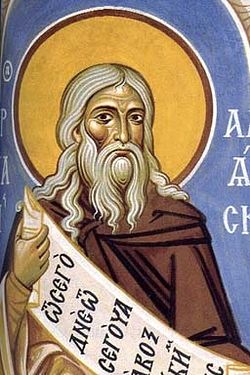 Staff and volunteers at Holy Resurrection Cathedral in nearby Kodiak coordinate the annual event, which draws Orthodox and non-Orthodox visitors from across North America into the dense spruce forest in which Saint Herman lived and prayed, struggled, and performed miracles from 1808 until his death in 1837.

Pilgrims will have the opportunity to walk the paths Saint Herman walked, drink from a healing spring, venerate icons hung on the trunks of aged spruce trees, and attend a hierarchical Divine Liturgy at Saints Sergius and Herman of Valaam Chapel, built in 1895 on the site where the Saint Herman was buried. The Liturgy this year will be celebrated by His Beatitude, Metropolitan Jonah, Primate of the Orthodox Church in America and His Grace, Bishop Benjamin of San Francisco and the West, Locum Tenens of the Diocese of Alaska.

Following the Liturgy on Spruce Island, pilgrims will enjoy a picnic on the beach at Monk’s Lagoon. Upon their return to Kodiak, they will enjoy a festival in Sargent Park near Holy Resurrection Cathedral, with entertainment provided by staff and students of Saint Innocent Academy.

A monk of Valaam Monastery in Russian Karelia, Saint Herman came to Alaska in 1794 to serve the native Alutiiq people and Russian fur traders. A tireless laborer as a simple un-ordained monk, Saint Herman established the Orthodox Church in Kodiak, defended the people against arguably outrageous treatment by Russian colonial officials, and cared for orphaned children on Spruce Island. He lived out the last 30 years of his life on Spruce Island as a hermit. During this time he pioneered gardening, cared for those in need, and worked many miracles of healing and protection. At his death, a column of light was seen throughout the region rising from the forest to the heavens.

Saint Herman of Alaska was glorified by the Church on July 27/August 9, 1970 and is universally recognized as a saint of the Orthodox Church and the protector of the Church in North America.