And God Sent a Prophet To Warn Them! 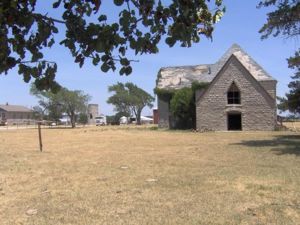 One of the mournful refrains in the Old Testament is that time-and-time-again God sent prophets to the people of Israel and Judah to warn them of their apostasy and impending judgment. Amazingly, the woe-be-gone Minneapolis meeting of the GA of the PC(USA) was blessed with a warning prophet.

The prophet was Archpriest Siarhei Hardun of the Orthodox Church in Belarus.

Father Hardun, in bringing ecumenical greeting to the GA, first, thanked the PC(USA) for financial aid in dealing with social problems in Belarus, such as, homeless people, mentally retarded people, and orphans. Then came the warning words of the prophet!

Fr. Hardun said: “I represent here the Orthodox Church of Christ – the church that has an unbroken, unchanged, and unreformed tradition. And our theology has never been changed or reformed for almost 2000 years.” Then he said: “Christian morality is as old as Christianity itself. It doesn’t need to be invented now. Those attempts to invent new morality look to me like attempts to invent a new religion – a sort of modern paganism.” Then he followed with these words: “When people say that they are led and guided by the Holy Spirit to do it, I wonder if it is the same Spirit that inspired the Bible, if it is the same Holy Spirit that inspired the Holy Orthodox Church not to change any doctrinal or moral standards. Is it really the same Spirit? Or perhaps there are different spirits acting in different denominations and inspiring them to develop in different directions and create different theologies and different morals.” Fr. Hardun concluded with these words: “My desire is that all Christians should contend earnestly for the faith, which was once for all delivered to the saints, as St. Jude calls us to do. And my advice as an ecumenical delegate is the following: ‘Do not be conformed to this world, but be transformed by the renewing of our mind.’ Yes, the words of St. Paul.”

If you have not heard and seen Fr. Hardun, I encourage you to READ THIS ARTICLE.

Unfortunately, Fr. Hardun’s words fell on ears that will not hear. However, on the Day of Judgment, the members of the woe-be-gone GA of 2010 will not be able to say that there was no prophet among them.

These are my thoughts, Presbyterian and Puritaniсal Curmudgeons, and the War Against Christmas
W. F. Dawson

Presbyterian and Puritaniсal Curmudgeons, and the War Against Christmas
W. F. Dawson
One writer thus quipped that Puritanism is defined as a “stinking feeling that someone, somewhere is happy.” Fierce haters of all things “Catholic,” the Puritans set about to outlaw Christmas. But their efforts were was a signal failure. The birth of the Great King was celebrated by angels and shepherds. Men and nations cannot but rejoice. Shocking words given to Presbyterians
Terry Mattingly
But something unusual happened recently during the 219th General Assembly of the Presbyterian Church (U.S.A.). An official “ecumenical advisory delegate” -- Father Siarhei Hardun of the Orthodox Church of Belarus -- used his moment at the podium to deliver a message that was courteous and stunning at the same time, if not genuinely offensive to many in the audience. Belorussian Orthodox Priest Makes Stand for Christian Tradition at Presbyterian Council, U.S.A.
Christendom’s reaction to the PC (USA)’s 219th General Assembly (Jackson Presbyterian Examiner)
While the PC(USA) is in the process of re-thinking its position on ordination standards, with the General Assembly having recently recommended deleting the current paragraph concerning fidelity in marriage and celibacy in singleness, how is the rest of Christendom reacting?
Comments
×