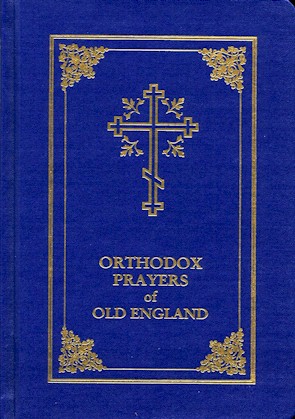 In 1879, the Convocation of the Church of Russia determined that the Western Liturgy could be used by Orthodox people. In 1904, upon a submission made by Archbishop Tikhon (later Patriarch of Moscow, Martyred by the communists and canonised as Saint Tikhon) the Convocation set up a Commission to investigate the adaption of the services of the Book of Common Prayer for use by Orthodox people. In 1907 it received and approved the Commission report.

In 1936, the Patriarchate of Moscow issued Letters Patent regarding the use of the Western Rite. In 1937 in France, Father Eugraph, who had been studying the Orthodox origins of the West European Church, was joined by a group of Old Catholics wanting to return to Orthodoxy while still retaining their Western liturgical Use and customs. They came under the guidance of the Russian Orthodox Archbishop John (later canonised as Saint John Maximovitch) to whom they had been directed by a monk of Mount Athos in Greece. Archbishop John supervised and approved the restoration of the ancient Gallican Liturgy for use in France.

In 1958, the Patriarchate of Antioch adopted the services taken the Book of Common Prayer for use by its people. In Holy Week 1961, on the authority of Patriarch Alexander III of Antioch, Archbishop Anthony in North America, received Father Alexander Turner and a group of Parishes into the Orthodox Church and blessed them to use the Western Rite.

Then in March, 1962, Abbot Augustine Whitfield and the Benedictine Monastic Congregation of Our Lady of Mount Royal was received by the Russian Orthodox Bishop Dositheus. In 1975, Archbishop Nikon received the Monastery into the Russian Orthodox Church Outside of Russia, continuing the Western Rite blessing.

In 1980, Father Michael Trigg and the former Anglican Parish of Saint Michael’s, Whittier, were received into Orthodoxy by Archbishop Phillip, Metropolitan of the Antiochian Orthodox Church in North America. The Antiochians had set up a Western Rite Vicariate directly under the Metropolitan Archbishop as a home for such parishes. Over the years, former Anglican Parishes have been able join this as Western Rite Orthodox, maintaining their familiar worship and customs. One good example is Saint Mark’s Church in Denver. An amalgamation of elements of two former Episcopal Church parishes, it joined the Antiochian Orthodox Western Rite Vicariate in 1992. It now has a 350 strong congregation and has formed at least four daughter Parishes.

In 1993 the Monastery of Christ the Saviour was established in Rhode Island as a Western Rite Monastery of the Russian Orthodox Church Outside of Russia. In 1997 the former Continuing Anglican Monastery of Saint Petroc in Tasmania was received into the Russian Orthodox Church Outside of Russia. This latter case is interesting in that the Monastery, its Parishes and people were blessed to the Western Rite and it was instructed to act in a missionary role, establishing further Parishes and Missions throughout Australia and New Zealand. 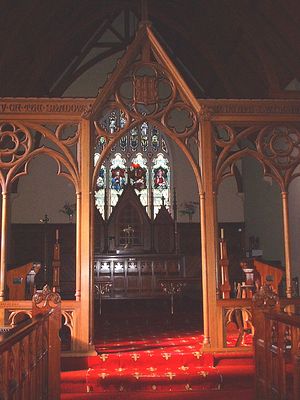 A Rood Screen.
These are just a few examples picked out. Over the years numbers of ex-Anglican clergy, people and Parishes in North America and now in Australia and New Zealand, have turned to Orthodoxy and many have set about the restoration of the legitimate Orthodox heritage of the British Isles and, by extension, of those people who acknowledge their British Isles ancestry, wherever they may be now. They have insisted that such restoration must be in the context of strict adherence to the fulness of Orthodox doctrine and expressed within their own cultural heritage. Indeed, many of those turning to Orthodoxy are among the most theologically conservative of churchmen and prefer the liturgical, theological and moral discipline still found within Orthodoxy. Orthodoxy Seems to be Closer and More Comprehensible to Many English People
Interview with Archpriest Mikhail Dudko
Metropolitan Anthony (Bloom) of Sourozh passed away exactly seven years ago August 4, 2003. He founded a unique Russian Orthodox diocese in Great Britain and united not only Russian natives, but thousands of English believers. Even Prince Charles came to his church services. The number of parishioners is still growing as new Russian immigrants are joining them.
Comments

Jeffrey 5/15/2019 6:12 pm
Where would I be able to get a western Rite Orthodox sacramentary for the altar for use by the priest

Fr Symeon Najmanje, OCSBRom.4/21/2015 11:01 pm
"Then in March, 1962, Abbot Augustine Whitfield and the Benedictine Monastic Congregation of Our Lady of Mount Royal was received by the Russian Orthodox Bishop Dositheus. In 1975, Archbishop Nikon received the Monastery into the Russian Orthodox Church Outside of Russia, continuing the Western Rite blessing."

John . Flipsen11/21/2010 10:00 am
As a Roman catholic Christian . I loved your writings about the theology of Orthodoxy . congratulations . God Bless in Unity . John Flipsen
×