Why Few disillusioned Anglicans will join the Orthodox Church 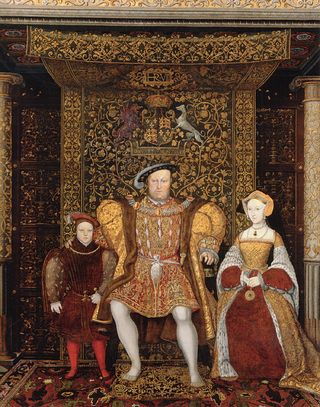 We must wonder about the motivations of those who object to ‘woman bishops’. The doctrine of the Church of England was largely moulded by a woman, Queen Elizabeth I, and the current head of the Church of England is her namesake, Queen Elizabeth II. The wider Anglican Communion has had ‘woman-bishops’ for years. And what logic is there in the concept that you can have ‘woman-priests’, but not woman-bishops? This is like saying that you can have woman-teachers, but not woman-headteachers. You cannot help suspecting a certain misogyny and clericalism in the opposition to ‘woman-priests’ in what is, after all, a Protestant, that is, non-sacramental, denomination. The reason why female clergy are unthinkable in the Orthodox Church is not because of misogyny, but because Christ-God did not appoint women as apostles. If Anglicans were going to leave the Church of England about female clergy, they should have left when female clergy were first introduced. However, if they wished to join the Orthodox Church because of this issue, then they needed a positive reason to join it, not a negative reason to leave somewhere else.

Again, there is much lack of logic with the question of homosexual clergy. They have existed for generations in the Church of England and relatively openly. A small section of senior clergy of the C of E long ago gained notoriety for sodomy and pedophilia in public schools. As one member of the C of E said to me a few years ago: ‘I can’t see anything wrong with it, as long as they are discreet’. In other words, everything is fine as long as you are hypocritical. Orthodox look for honesty, logic and consistency in the motivation of those who say that they wish to join the Orthodox Church. How otherwise will former Anglicans reach the next stage, when, having formally joined the Church, they actually have to become Orthodox, which can be a very different story.

2.The Tradition, the Liturgy and the Sense of the Sacred

Few Anglicans will join the Orthodox Church because our liturgical heritage is so radically different – the Orthodox Church is nearly 2,000 years old, the Church of England not yet 500 years old. Therefore, in the latter, standing up and singing Victorian or modern songs together and sitting down and listening to long speeches about current events (sermons) is very important. In the Orthodox Church we come to church to pray, following rites which have scarcely changed since apostolic times, as for example is witnessed to by baptism by immersion, confirmation given with baptism, communion in both kinds, communion given to babies, confession, our frequent use of the sign of the cross (and in its original form), the use of candles, incense, a screen, a veil over the altar doors and a seven-branched candlestick. For the same reason of apostolicity, we stand for worship, both our creed and calendar, confirmed in the fourth century, are zealously adhered to and we do not use the novelty of organs or other musical instruments.

Orthodox worship therefore comes as a culture shock to those who come from forms of worship which date back only few generations or at best, a few centuries. Moreover, Anglican worship, when not wholly moulded by modern secularism, is defined by its revolt against Roman Catholicism. And the latter, despite many abuses and deformations, is actually older than that of the Church of England and still has some liturgical sense - though at present its sense of the sacred, of holiness, is often utterly deficient. To be honest, it is clear that Anglicans have simply lost the sense of the Tradition (the inspirations of the Holy Spirit over nearly 2,000 years) and therefore they only have recent human conventions and customs to mould their worship. And in losing the Tradition, Anglicans have also lost the sacraments and sacramental sense. This can be the only explanation for their introduction of female clergy, who, in their case, are social workers – and some of them surely very good social workers - but not priests.

The Orthodox Church is the only original Church, therefore it is an ascetic Church, as it was in the times of St John the Baptist, of the apostles in Jerusalem, as it was in the catacombs, as it was in the deserts of Egypt, as it still is today. Our guardians are in monasticism, which has nothing to do with the secular criteria of the Church of England. The fact that we stand for worship is for example an almost impossible barrier for most Anglicans. The fact that we are called on to fast for half the year is another impossible barrier for most. For example, our whole ethos of preparation for communion, fasting, reading of prayers and confession, is alien to a group in which people are used to having a fried breakfast and then an hour or so later taking communion. It is clear to Orthodox (as also to many Anglicans) that our understanding of communion is totally different. For them it is a mere memorial with bread and wine, for us it is the burning presence of the Body and Blood of Christ.

Prayer, fasting, standing, confession – all these practices are alien to the Church of England and yet essential to the Gospel and therefore to Orthodoxy. Lifelong Orthodox actually believe in the Holy Trinity, the Incarnation and Divinity of Christ, the Resurrection, the Ever-Virginity of the Mother of God, the Cross, Providence, holiness (the Holy Spirit acting in the material world), the saints, the angels, relics, icons and miracles. Anglicans have produced no saints over nearly 500 years (though a very few do speak of St Charles I) and most of them tell me that they are proud of this and that they do not believe in saints. True, we Orthodox are not always very devout in our Orthodoxy and not very punctual at our services, but we would not think of abolishing any of the beliefs of the Church or the practices of prayer, fasting, standing and confession. The Church is the Church, regardless of our human weaknesses. We do not adapt the Church to the world (secularism), as Henry VIII did and as Archbishop Rowan Williams is in fact allowing through weakness. In Orthodoxy, the world adapts to the Church, not the other way round.

Some former Anglicans have in the past joined the Orthodox Church. Many have integrated the Faith and, after joining, have actually become Orthodox. Others, sad to say, having joined the Orthodox Church for negative reasons (disillusionment with the C of E) or for purely academic reasons and not for positive reasons (the realisation that without Orthodoxy their souls will die), and so not become Orthodox. As a result they have tended to split off from the mainstream, closing themselves off in little groups, where they practise what is in fact an approximate if very confused Orthodox rite with Anglican practices, a ‘make it up as you go along’ attitude. This means intercommunion, no confession, no fasting, sitting down during the services (indeed, virtually no services beyond the eucharistic liturgy), the use of Anglican hymns, the use of the Anglican calendar, no iconostasis, parish politics, and ‘protesting’ (= Protestant) attitudes towards Orthodox bishops and resulting divisions and boycotts of their respective cathedrals and bishops.

Another problem here is the refusal by many ex-Anglicans to accept that Orthodoxy is international. Unfortunately, Anglicans who are used to ‘uninational’ parishes find it very difficult to accept the multinational parishes, which are the reality of real Orthodoxy. Without the presence of other Orthodox nationalities, they will not learn Orthodoxy, they will not actually become Orthodox. The presence of ‘foreigners’ among them should be greeted by them and they should accommodate them, accepting parts of the service in ‘foreign’ languages (xenophobes must realise that every ‘foreign’ language is someone else’s native language). The nationalist exclusivity of many ex-Anglicans, to be frank, their phyletism or nationalism, and refusal to come to terms with the sometimes very, very dark national history of England/Britain, is not acceptable in the multinational Orthodox world. In our parish we have eighteen nationalities, from Russian to Greek, Romanian to Syrian, Australian to Latvian, French to Bulgarian – this is reality. History shows us that tiny ex-Anglican groups, unintegrated into the mainstream of the Orthodox Church, are basically just more ‘Continuing Anglican Churches’ and are not taken seriously by the rest of the Orthodox Church.

The chances are that most Anglicans will remain in the Church of England, though some will leave for Roman Catholicism and some for various sub-Anglican groups, perhaps headed by ‘African Anglicans’. It is not to be expected that many will wish to join the Orthodox Church – for the four reasons expressed above. Of course, all are welcome to come and see, as is everyone, whatever their background in this country, whether they belong to the 2% who are practising Anglicans or the 98% who are not. Some, as we know, not only do join our Church, but also find their spiritual home with us and in due course become Orthodox. If you can accept us, as we are, welcome! But please do not come with your own agenda or else you will also be disillusioned. Orthodoxy for Anglicans
In 1879, the Convocation of the Church of Russia determined that the Western Liturgy could be used by Orthodox people. In 1904, upon a submission made by Archbishop Tikhon (later Patriarch of Moscow, Martyred by the communists and canonised as Saint Tikhon) the Convocation set up a Commission to investigate the adaption of the services of the Book of Common Prayer for use by Orthodox people. In 1907 it received and approved the Commission report. Paul Chomnycky11/22/2010 4:43 pm
The author of the article seems to imply there are no homosexual clergy within the Orthodox Church. Wishful thinking.
×