Metropolitan Hilarion: We hope the Patriarchate of Constantinople and the Estonian State will make further steps to normalize situation of the Estonian Orthodox Church of the Moscow Patriarchate 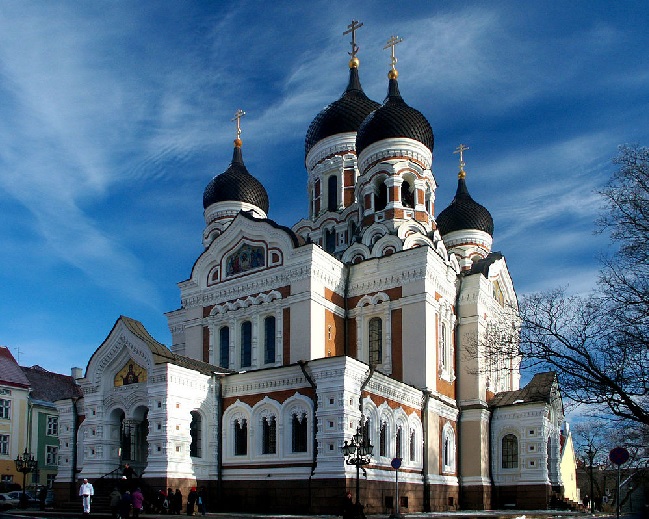 Metropolitan Hilarion of Volokolamsk, the DECR chairman, answered questions of the journalists during press conference held at the Department for External Church Relations on November 25. As to the relations with the Patriarchate of Constantinople, he said: “The achieved level of mutual understanding is rather high. Both sides are trying to enhance this level in order to move from competition and mistrust to mutual trust and the system of regular consultations. We believe that the present problems and differences should be resolved in peaceful fraternal dialogue between the two Churches. This dialogue is being maintained.”

Also discussed was the ecclesiastical problem in Estonia. Metropolitan Hilarion said that no substantial progress has been made in this sphere, though the agreements with the Estonian government reached in 2002 are a considerable step towards normalization of the situation.

“We hope the Patriarchate of Constantinople and the Estonian State will make further steps. First of all, we consider it necessary to resolve, once and for all, the problem of property used by the Estonian Church of the Moscow Patriarchate on a long-term rent basis. The Church is not a full owner of many objects, for instance, the Cathedral of St. Alexander Nevsky in Tallinn, or the Pühtica Convent, whereas the ecclesiastical structure in the jurisdiction of the Patriarchate of Constantinople is the full owner of the objects it uses. This situation is unacceptable from our point of view. We shall carry on a dialogue with the Estonian state authorities and with local authorities in the cities where the Estonian Orthodox Church of the Moscow Patriarchate has parishes and try to have these real estate objects to be transferred into ownership of the Church.”

Metropolitan Hilarion elaborated on the two forms of ownership. There are churches, which the Estonian state owns, and there are churches on the asset register of local authorities. The transfer of the latter into ownership of the Estonian Orthodox Church of the Moscow Patriarchate depends on local authorities of the cities. As to the former, it depends on the state authorities. “Estonian state authorities are prepared to consider this problem provided that the church structure of the Patriarchate of Constantinople would not raise objections as it has done up to now. So, we shall carry on a dialogue.”

Metropolitan Hilarion told the journalists of his recent visit to Estonia, his meetings with Metropolitan Korniliy of Tallinn and Estonia and representatives of state authorities, including the Tallinn mayor and leaders of some other cities, and expressed his opinion, saying: “A readiness seems to be there to make steps to normalize the situation.” Clergy of Lutheran Church in Estonia demand that Pastors are forbidden to be Masons
Thirty clerics of the Estonian Evangelical Lutheran Church have addressed the Church administration with the request "to forbid priests to enter the organization of masons because "it does not correspond to their holy calling" and "causes a lot of misunderstanding among both clergy and laity, and provokes rejection and prejudices in the Estonian society on the whole".
×