Mysteries of the Jesus Prayer 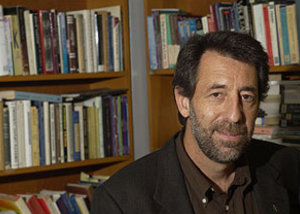 A few weeks ago, my friend, Norris Chumley, whose blog is a favorite here on HuffPost, sent me a sneak-preview DVD of his latest project, the result of eight full years of painstaking labor.

Distracted by an array of chores, I didn't get around to screening this gift until today, the second day of Great Lent.

It proved to be the perfect preparation as we move into this quieting, this sobering season.

In this feature film, Mysteries of the Jesus Prayer, Dr. Chumley and his collaborator, Father John McGuckin, have provided an unprecedented, insiders' view into the lives of contemporary Christian ascetics, athletes of spiritual struggle. They are a profoundly thoughtful -- if surprisingly cheerful -- collection of Orthodox monks and nuns.

As I was watching their faces, revisiting certain familiar enclaves and listening to their words, I kept thinking back on my own conversations with similarly prayerful folks, recalling my own slow journey into prayer, assisted in my turn by the fathers of Mount Athos and the mothers of Ormylia and Souroti.

In his book The Sacrament of Love, the 20th Century Orthodox theologian Paul Evdokimov observes: "It is not enough to say prayers; one must become, be prayer, prayer incarnate. It is not enough to have moments of praise. All of life, each act, every gesture, even the smile of the human face, must become a hymn of adoration, an offering, a prayer. One should offer not what one has, but what one is."

Even so, how, one must wonder amid the distraction, the frenetic busyness and the roaring cacophony of contemporary life, does such a desirable becoming come about?

In their new film (and its soon-to-be-released book by the same title), Father John and Dr. Chumley offer an intimate insight into an answer, the ancient and efficacious practice of noetic prayer, the prayer of the heart, the Jesus prayer.

These prayer-seeking travelers take us with them as they retrace the journeys of early and modern saints whose love of God has drawn them and countless others into the stillness, the inner quiet that avails a profound sense of God's utter and absolute nearness. These two men serve concurrently as our guides and as our fellow pilgrims journeying from the first monastic enclaves of Egypt, to the Holy Mountain of Greece, the forests of Romania and of the Ukraine, and finally to the majestic churches of Russia.

At every stop along the way, the pilgrim is offered unusually intimate insights into the lives of those who have been called to lives of prayer. At each successive stop, one increasingly comes to apprehend that this calling is not only for monks and nuns, but is a vocation to which each of us has been likewise called. As one articulate amma puts it, "It is for everyone. Why not?"

In his Ages of the Spiritual Life, Evdokimov has also written: "...[T]he invocation of the name of Jesus makes the grace of his Incarnation universal, allowing each of us our personal share and disposing our hearts to receive the Lord ... The 'prayer of the heart' frees and enlarges [the heart] and attracts Jesus to it ... When Jesus is drawn into the heart, the liturgy becomes interiorized and the Kingdom is [established] in the peaceful soul. The Name dwells in us as its temple and there the divine presence transmutes and Christifies us."

This is, finally, what every ascetic effort, the Lenten fast included, is all about: the strengthening of our hearts and minds, the deepening of our prayer and our increasing participation in the God Who Is.

May this astonishing and bold new film, Mysteries of the Jesus Prayer, assist countless others in the recovery of this ancient path to union with Christ our God. Now and ever.

I am glad that I have read this today. I heard about this
movie in passing at our church agape yesterday.I of course
was a bit confused about what they were talking about because
word about this movie is spreading so fast I can hardly keep
up with it.Last night I attending a attended a Lenten book
fair at Holy Apostles Greek Orthodox Church in Westchester,IL.
The guest speaker was Archimandrite Meletios Webber. After
his talk, the subject of this movie came up again I still did
not understand what they were saying.it finely became clear
when I read your article on Pravoslavie. Ru. that I now know
what the movie is about. I never would have though that some
one would make a movie About The Jesus Prayer.I hope that I
get the chance to view this movie and that it will be of great
spiritual benefit for anyone who sees it. Again I am amazed
that this is being done especially in this day and age where
in some circles of our society, there some to be a growing
disbelief in God. May this movie touch anyone sees it.Yours
in Christ Ponomar Jose of Saint Innocent Of Moscow Russian
Orthodox Church.