Three years later and still going strong, one man continues to prove to atheists that his conversion was not a “temporary brain infraction.” 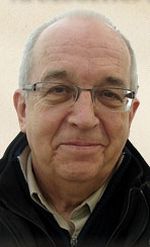 Richard Morgan
Having been through his share of religious inquiry at a young age, Morgan realized that he was constantly in search of something, whether it be spiritual or not.

Embracing answers in whatever shape they took, he found himself a Mormon at one point in his life after meeting two Mormon missionaries. But after becoming a missionary, he began to have some serious doubts about his beliefs, which later caused him to abandon that religion altogether.

Blindly searching still for something to hold on to, Morgan shared in his interview, “I was aware that probably much more than seeking God I was seeking a social context where I would be accepted. I think basically all of us deep down, we’re all looking to be accepted in some way or another.”

Having grown out of the need for that kind of moral support however as he aged, Morgan one day began to read Dawkins’ book, The Blind Watchmaker which revolutionized his life and made sense of everything he had been experiencing.

The book made one thing clear: There was nothing to look for, so stop looking and get on with your life.

“This was a real epiphany experience… to realize of course all those years of searching for something spiritual or God-like were bound to be completely frustrating because God didn’t exist.

“I didn’t feel like I became an atheist, the feeling was more that I realized I always had been,” expressed Morgan. “I had a feeling that I never actually believed in God but I was looking for some unhealthy psychological reason [to believe]… coming out as an atheist was really a hallelujah experience for me.”

Morgan’s interest in evolution increased dramatically after reading the book, redirecting his attention towards understanding the nature of living things around him more than trying to understand things that were above.

More than the religious debate, it was his interest in evolution that led him to follow Richard Dawkins. Upon finding the author’s actual website, Morgan was excited to communicate with scientists and philosophers who could offer more insight into evolution.

But rather than discussing the nature of evolution in the “oasis of clear thinking,” Morgan was horrified to discover in his first forum that more than half of the people devoted their time saying rude things about believers using extremely foul language.

“I don’t know if you’ve seen ‘The Social Network’ but there’s one point where a girl says to the main character ‘Just stay in your dark room and make snide remarks because that’s what the angry do these days.’”

After witnessing the discussions firsthand, the newly minted evolutionist agreed that the Internet was more a place where people could hide behind their anonymity and say rude things as a kind of therapy.
Still searching for answers however, Morgan continued to be a part of the community, drawn particularly to a discussion on David Robertson’s open letter replying to Dawkins’ first chapter of The God Delusion.

Prompted to write a response to each of Dawkins’ chapters in the book, the Scottish pastor eventually compiled all the letters into a book called The Dawkins Letters.

Criticizing the book in the forums, members began to attack the letters until one day Robertson himself appeared in the discussions and began defending the points he made.

“I don’t know how many hours he must have spent just replying very calmly and politely to people who were sending out the most vilest insults and criticisms,” Morgan recalled. “He just kept coming back and occasionally with a few words of Scripture thrown into his general discourse.”

Unable to understand what was wrong with Robertson, Morgan himself posed a question on the discussion boards asking members why the pastor kept coming back and what result he expected. One of the seasoned and experienced posters on the forum commented, “It’s just another Christian attention seeker.”

For several days the attacks continued, until one day someone replied that David Robertson was a liar. But Morgan throughout all of the threads had not noticed this and asked where the pastor had lied, bringing him a bout of criticisms as well.

“I was probably too unintelligent to see where he was a liar,” remembered Morgan.

As time went on, he began to see more and more the brutality and harshness of the chats, recalling one shocking post where the site administrator had published an article about an extremist Russian prophet who tried to commit suicide when his prediction for the date of the end of the world failed to come true.

A couple of posters in response to the story regretted that the fallen prophet had failed in his attempt to put an end to his life. Stunned by the level of inhumanity, Morgan wondered how any civilized person could say they wanted to see anybody die. Writing a protestation to some form of humanity in the forums about his shock and disappointment in the members, one respected member on the site simply replied to his post with an LOL– laugh out loud.

It was then that Morgan realized he did not want to be a part of these people. “I’m not condemning all atheists,” he clarified in the interview. “I’m talking about anonymous atheists on internet discussion boards and the messages they express which are extremely negative, puerile, [and] full of hate…”

Coming back to Robertson’s replies to all the “nastiness and unpleasantness,” which Morgan himself was a part of, composing a piece of music just to insult the pastor, Morgan reread the debates and was impressed at several aspects of Robertson’s participation.

First, his persistence and continual presence in the discussions astounded Morgan. Robertson always came back and sometimes got up two hours earlier in the morning to give adequate response time to the criticisms.

Printing out over fifty pages of Robertson’s posts, Morgan read through all the posts again and found no lies. What he discovered instead was humility, intelligence, sensitivity, and several references to the Bible.

In his confused state, without God or a community of atheists to turn to, Morgan started to post on The Free Church of Scotland’s forum, which the Scottish pastor was a part of.

Dismissing the first question as dumb, Robertson’s initial reaction to the second question was “certainly not proof and evidence.”

At that moment, Morgan's instinctive response conjured up to his memory, probably from his previous Mormon days, the verse, “We love because he first loved us.” And in that instant, Morgan understood the expression “amazing grace.”

“Science and philosophy are wonderful manifestations of the enormous capacities of the human mind, but the Word of God is truth, and truth is what it took to set me free,” Morgan stated. “Only a personal relationship with God can bring us to any kind of meaningful, personal, transcendental truth.”

In his renewed experience with God, he went back on the Dawkins site and posted about his newfound faith to which many replied with vile insults and commented, “You need counseling” and “This is a temporary brain infraction.”

But now, three years later, the “temporary brain infraction” Morgan was affected with continues to persist. Morgan is still amazed and feels the love of God even more now every day, being plugged into a church, which Robertson referred him to.

“I didn’t cease to know everything I knew before and I didn’t forget everything I learned about evolution or all of a sudden lose interest. I was [just] aware of how limited it was, how it could not answer man’s deepest needs.

“There’s a famous French quotation that says, ‘In every person’s heart there is a God-shaped hole.’ I am aware of the presence of this God-shaped hole and that only the love of God can fill it.”

Advising believers to speak to people in their language and maintain open lines of communication as Robertson had before in the forums, Morgan noted, “There’s no point speaking the truth if you are speaking a language that the person in front of you can’t understand.”

“It’s important to understand where atheists are coming from in their modern day arguments and how many valid refutations there are in the Christian message to all these criticisms.”

Speaking to atheists, Morgan said, “Science and philosophy do not have the answer to everything. If you are willing to listen with an open mind and an open heart and just say ‘perhaps I do not possess all the truth,’ that is an act of humility and I know that God never rejects or ignores acts of humility.”

Morgan’s testimony is now a part of the revamped edition of The Dawkins Letters, by David Robertson.

frank3/24/2014 7:18 pm
hi,
I,m here because I was casting around after having had my account disabled at Dawkins' site - under nonsensical circumstances!
seems reason, rationality etc are NOT on their side ...
best regards,
frank

seba8/28/2013 5:27 pm
It just proves that no one can be condemned and stepped on because of his current position in life,, belief or situation because you never know where it may lead him or how it may inspire people, in final everything is a plan of God.

Richard Morgan7/5/2011 5:18 pm
I recently tried to return to RichardDawkins.Net. The new site has been considerably cleaned up.
My stay there didn't last long! read an...enjoy? (read from the bottom up.)
http://bannedfromricharddawkinsnet.blogspot.com/

Rob Pare5/5/2011 3:16 pm
Morgan has god because he wants a god (and a godish social structure). He seems to be always waiting for the next best thing to lead him. Pity

Richard Morgan4/12/2011 6:34 am
Fernando : "I know imageboards with millions of people who LOL at images of dead people and those in depression and seriously tell them to kill themselves."
If that is where you spend your time (millions of people?), I am happy to see that you also come here, pravoslavie.ru, from time to time. This site will do more for your spiritual Zeitgeist than the imageboards you also frequent.

"ode to ignorance"? What a beautiful expression! Realizing my true ignorance was the most important self-perception of my life. "I once was blind, but now I see."
Yes, indeed, life without God is an "ode to ignorance".

Fernando4/3/2011 8:59 am
This "enlightenment" to Christianity is a blind one. It is basically him saying "Oh since the atheists said mean things I will listen to the nice Pastor who defends himself from these insults."

I can keep cool regarding how many insults are thrown at me and I know imageboards with millions of people who LOL at images of dead people and those in depression and seriously tell them to kill themselves. Their religion plays no part in this, it is purely how they were raised.

A phrase that shocked me was the man's ode to ignorance at the pastor's questions. If proof and evidence of something is not enough to convince you then you are close minded and should not hand out a point where anything contradictory will just be disregarded as false.

Another point I cannot comprehend is the plausibility of religions. They all should have the same plausibility if their God or Gods are perfect as well no?

Ken3/25/2011 12:05 pm
Sounds like Morgan's conversion is entirely emotional. It is certainly culturally influenced. Why God? Why not Buddhist enlightenment? Why not Zeus?

Greg3/24/2011 9:46 pm
”I was aware that probably much more than seeking God I was seeking a social context where I would be accepted. I think basically all of us deep down, we're all looking to be accepted in some way or another.”

That pretty much sums up everything.
×