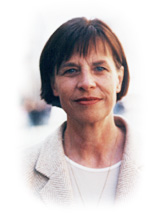 There is a Cultural Revolution happening behind the back of public awareness, which is about to change the innermost core of our social structure in society. It’s about dissolving the identity of man and woman step by step; sexual standards and social forms based on marriage, family, mother­and fatherhood. This Cultural Revolution is called Gender Mainstreaming.

Mainstreaming means to take a concept and create a “mainstream” in society, through active political action: creating the new “gender-person”. Before a reinterpretation, gender was a grammatical term to describe the genus of a word as masculine, feminine or neutrum, whereas sex meant the female or male identity of man and woman. The gender perspective is to abolish this identity. It is an in itself closed system of belief which asserts that the differentiation into two sexes is only a construct of society. Biological differences would be with no significance for the identity of a human being and his or her sexual orientation, so that the social sex could be different from the biological sex. To choose one’s own sex and sexual orientation would belong to the realm of personal liberty of every human being. There would not only be two sexes, but at least six: man and woman, and each in a heterosexual, homosexual or bisexual version. It’s all about creating a human being “emancipated” from nature.

This contortion of truth, in disregard of nature, has philosophical backgrounds on relativism which negates the perceptibility of objective truth (more on relativism [German]). Marx’s and Engel’s utopia about a classless society which aims at equality of all men, too, has its roots in this ideology. Engels wrote: “The first class difference that arouse in history coincided with the development of the antagonism between man and woman in a monogamist marriage and the first class oppression with the suppression of women by men”. Simone de Beauvoir was not satisfied with fighting for equality between man and women, but sought to negate the very being of man and woman in their biological sex. She formulated the famous phrase, “One is not born a woman, but turned into one.” It is special to our times to deny the existential, social and cultural relevance of the biological identity of our sex through social engineering and to randomly annihilate the identity of man and woman which has historically grown throughout thousands of years, through a cultural top-down revolution.

When the biological identity of man and woman is deconstructed, there is nothing that will hinder the deconstruction of social roles and institutions. Since there is no area in society that is free from the influence of bipolar sexuality, all areas are targets to deconstruction: marriage, family, fatherhood, motherhood, upbringing, language, work, culture, religion. This is called undoing gender.

At the Fourth United Nations Conference on Women in Beijing 1995, an “action platform” has been adopted which is not binding according to international law, but has been signed and implemented through concrete political steps by 191 countries in the following 10 years. One goal of this platform is the 50:50 equality of man and women in all job-related issues and areas of living. Women ought to take fifty percent of all workstations also to the top positions, and man should be forced to bear fifty percent of childcare. The legitimate concern for equality of chances is turned against the female identity through forced factual equality. Diverseness is being reinterpreted as inequality, and inequality as injustice.

The wishes and personal visions of men, women and children do not matter to ideologists. Words like marriage, family, mother, father or children are not even listed in the “action platform” papers. Gender Mainstreaming enforces on every woman the ideal of the employed woman with no familial bounds. The 1999 Amsterdam EU treaty (art. 2 und 3) talks about the “equalization of women and men” and the “elimination of inequalities”; the 2000 Nizza EU basic rights Charta (art. 23) already stated as goal securing the “equality of men and women”. But Men and women are not equal. (But men and women have different natures which are not identical in purpose)

On January 11, 2006 the European Parliament adopted a “Resolution on Homophobia in Europe” (B6-0025/2006). Homophobia as “aversion to homosexuality and to lesbian, gay, bisexual and transgender people” is put at the same level as racism, xenophobia and anti-Semitism. Unequal things are equated with each other. Sexuality belongs – unlike race, immigration status or religion – to the moral-normative realm, which in a free society every person, regarding one’s personal life, should be free to decide. The resolution continues; “further action is needed at EU and national levels to eradicate homophobia” through “education, such as campaigns against homophobia in schools, in universities and in the media, as well as through administrative, judicial and legislative means”. This criminalizes any opposition to an acitive homosexualization of society.

The triumphal procession of Gender Mainstreaming since 1995 is matchless. On most universities of western countries, gender theory is being taught. There is a gender-agent in all governmental bureaucracies and institutions. A lot of funds from the EU und the member states go into gender­projects. The actual battle is being fought over the next generation. In this context, sex education plays a crucial role. Elementary school children are already being animated to early sexual experiences through words and pictures in the official syllabus and are being trained to be experts on contraception, abortion of course as an unproblematic option.

The gender ideology is a backslide behind the Enlightenment with its ideal of scientific rationality. The “scientific aspect” of the gender theory is exclusively based on the fact that its exponents, almost solely women, occupy academic positions. They ignore the results of brain research, sociology and psychology, which show the undeniable difference and the need for complementation of the male and female sex.

The ideological character of Gender Mainstreaming shows up in its inconsistencies. Gender fights marriage between man and woman, but lawfully lifts up homosexual cohabitation to the state of marriage. Gender battles against family, but enforces a right for homosexual couples to adopt children. Gender manifests sex and sexual orientation as for everyone freely to choose, but wants to eliminate any information and therapeutical possibilities to change a homosexual inclination.

Gender Mainstreaming is a cultural revolution, with a totalitarian claim which pushes the destruction of the family and therefore darkens the future of the next generation even more.

Gabriele Kuby, born 1944, is an author living in Bayern, Germany. She is the mother of three children. She studied sociology and was part of the 1968 student revolution. She was a translator in psychology and the esoteric realm for over twenty years, before she turned towards Christianity. Her books mainly deal with faith, relationship, sexuality and gender.

I have a feeling that much of the world is going to get very fed up with Cultural Marxism and all its attendant progressive insanities, when and if the left succeeds in destroying traditional Judeo Christian culture.

The left has succeeded in demonizing the West very well to the rest of the world. However, I think the Left overlooks that IT is the face of what is despised about the West to the rest of the non-Western world. This blindness is going to be their undoing.

The non-Western world despises the globalism, the moral sewage and the relativistic humanism that THE LEFT has fostered. The non-Western world looks at the UN as both a friend and a foe. A friend in regional issues that benefit the non-West against the West. A foe in the battle for the cultural hearts and minds of non-West. The non-West wants our money and our technology. But not our philosophy and our hostility to traditional family and faith. The left doesn't understand this.

This nonsense will go no further than the borders of the West. And not even that far, if Muslims succeed in attaining dominance in Europe and later the US. But at any rate, I just don't see either the Russians or the Chinese giving up their love for nation and homeland to go along with some egalitarian global "village" that Hillary Clinton believes in.
×