Why We Fast Before Nativity (Christmas) 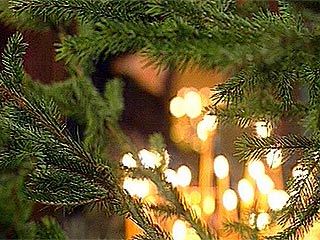 The time of preparation before the great feast of the Nativity of Christ (i.e. “Christmas”) is, through the wisdom of our holy fathers, intended to be a time of purposeful asceticism, almsgiving, and learning to say “yes” to God while saying “no” to one’s own desires.

Christmas (especially in the present day) has become a time of great anxiety and materialism for many, despite the fact that most every song one hears, most every retail ad that one reads, and most every film with “Christmas” as a theme that one watches will try to convince them that Christmas is a time for warmth, joy, spending time with one’s family and even taking a break from the regular hustle and bustle of everyday life. If only this were to be the case.

On the contrary, Christmas—a period of time that seems to grow longer and more arduous by the year—is preceded by ominous social media status updates that lament, “I can’t believe it is already November; Christmas is just around the corner,” or “My children won’t stop bothering me about [insert the latest and greatest video game or electronic gadget here]; I can’t wait until Christmas is over with,” and so forth. Many will also simply write or say things like: “Wow. I am not ready for Christmas. Where has the time gone?”

This palpable grief and anxiety should not be so, beloved ones. No, we have certainly missed the purpose of this feast of Nativity—and the time of preparation and fasting that precedes it—if all we can do is approach it with great stress and sorrow.

As I mentioned from the very beginning, the time before Nativity—Advent (or “Coming”) in the west, and the fast of Saint Philip the Apostle (due to its beginnings on the eve of this Saint’s feast) or simply “the Nativity fast” in the Orthodox Church—is intended to be utilized for one’s spiritual benefit (and indeed, for the life of the world), not for remorse and regret.

The fast of Saint Philip/Nativity fast (at least in its present form) dates to the year 1166 and a Synod of Constantinople, where our holy fathers inaugurated a 40 day period of fasting and preparation before the annual celebration of Christ’s Incarnation. This period of 40 days is analogous to the 40 days that the prophet Moses fasted before receiving the statutes of God. Of this connection, a great Saint writes:

“The Nativity Forty-day Fast represents the fast undertaken by Moses, who—having fasted for forty days and forty nights—received the Commandments of God, written on stone tablets. And we, fasting for forty days, will reflect upon and receive from the Virgin the living Word—not written upon stone, but born, incarnate—and we will commune of His Divine Body.”
Saint Symeon of Thessaloniki (AD 1381-1429)

If nothing else, then, the time of prayer and fasting before Nativity reminds us that we, as Orthodox Christians, are given the immense and unthinkable blessing, privilege, and honor of receiving the very Body and Blood of our Lord, God and Savior Jesus Christ. But as we “say yes to Christ” in the holy mysteries, we must also learn to say “no” to ourselves and to make it a point to both follow Christ and to serve those in need.

It is no coincidence that Christ, in the Gospel reading on the eve of this fast (according to the “old” or Church Calendar), exhorts the Church with “whoever does not bear his cross” as well as “forsake all that he has cannot be my disciple” (According to Luke, 14:27,33). While the faithful prepare to receive Christ through his Incarnation on the feast of Nativity (and through the mysteries of the Orthodox faith), one must also be prepared to relinquish whatever it is one possesses or “holds onto” that might keep them from the uncreated light and glory of his everlasting kingdom.

But as the faithful are called to a period of Spiritual quietude and asceticism during this fast, one does not engage in asceticism and bear their own cross as an end unto itself. Rather, we learn to say “no” to ourselves so that we can say “yes” to God. And in saying “yes” to the poor and the needy, we are saying “yes” to Christ, so that we might share in the vision of Cornelius, and hear: “Thy prayers and thine alms are come up for a memorial before God” (Acts of the Apostles, 10:4).

An effective remedy for the anxieties and desires of this time of year is found in a concern for our fellow man. Rather than being so “caught up” in the materialism and “me too” nature of popular celebration, Orthodox Christians should play a pivotal role in showing a wholly better and more noble way.

Incidentally, the subsequent Gospel lessons of this fast remind the faithful not only why they are participating in it, but also how one can make the most of it: We should not lay up treasure for ourselves, while neglecting God (Luke 12:16-21), but should rather be “rich” towards God (and by consequence, those who are in need). We should never make excuses when it comes to serving or helping those in distress (Luke 13:10-17). And, of course, we should be willing to “sell all that [we] have and distribute to the poor” (Luke 18:22).

It is in these virtues and in a genuine concern and care for others that we can be released from the false cares of this world, especially as they are typically found during the Nativity or “Christmas” season. If we give to the poor, we are giving to God. If we say “no” to our own desires, we can fulfill the needs of those who are looking for someone—anyone—that is willing to say “yes” on their behalf.

As families, we can help our children give or donate to a family, friend, or even a complete stranger that is in need, rather than providing them with more unnecessary “stuff.” As individuals, we can honor the fast, spend more time in prayer, and make a conscious effort to love our neighbors as ourselves and to dedicate this season to be a time for ascetic, Spiritual growth. We can practice the religion of Saint James that is “pure and undefiled” before God: “to visit orphans and widows in their afflictions and to keep oneself unstained by the world” (Epistle of St James, 1:27).

So then, beloved brothers and sisters, rather than approaching this Nativity season with feelings of anxiety and distress, dedicate yourself to the true spirit of the season and the greater purpose that lies within: the salvation and healing of the world.

What are some other ways that we as Orthodox Christians can make the most of the Nativity fast, and avoid the burdens and desires that are regularly associated with the “Christmas” season?