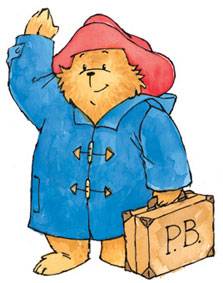 “Politically correct nonsense,” is how Conservative MEP Marina Yannakoudakis described a report by the European Parliament’s gender equality committee, that called for banning of children’s books depicting the traditional family.

The draft report “on eliminating gender stereotypes in the EU,” tabled by a far-Left Dutch MEP, said school curriculum materials should stop depicting men and women in their “traditional roles” of mothers and fathers. It said that such depictions are “encouraging more gender discrimination in different areas of society and all age groups.”

It also promoted quotas for female business executives and excoriated the media for portraying women in traditional roles.

Media depictions of traditional family roles for women, the draft report said, is “gender discrimination” and “facilitates the reproduction of gender stereotypes”.

“Women are in general disproportionately represented in ‘flexible jobs’, suggesting that the traditional belief that women carry the main responsibility for taking care of the family still persists today, forcing them to take part-time jobs and limiting their opportunities on the labour market,” the report said.

Yannakoudakis, who serves as Spokesman on Women’s Rights in the European Parliament, said, “Once again the women’s rights committee is wasting the parliament’s time and taxpayers’ money with left-wing, politically correct nonsense.”

“I’m all for getting women into the workplace, but I believe that women have a choice to make about whether they go out to work or stay at home and raise a family,” she said.

The UK’s Daily Mail reported that, were the draft report’s recommendations to be implemented, it would mean banning most traditional English children’s literature, including works which have become literary classics like Paddington Bear, Peter Pan, and Enid Blyton’s Famous Five stories.

The report said, “Children are confronted with gender stereotypes at a very young age through television series, television advertisements, study materials and educational programmes, influencing their perception of how male and female characters should behave. Special educational programmes and study materials should therefore be introduced in which men and women are no longer used in examples in their ‘traditional roles’, with the male as the breadwinner of the family and the female as the one who takes care of the children.”

But Yannakoudakis retorted, “Children’s books or television programs which portray a man as a breadwinner and a woman as a homemaker are not harming children, and the European Union has no business suggesting that they do. The proposals will now go the full parliament in the coming months and I hope that my fellow MEPs will see sense and join me in voting down these preposterous plans.”

Joseph Salerno, editor of the Quarterly Journal of Austrian Economics, wrote that the report’s proposals are plainly an example of left-wing totalitarianism.

“These people are not just announcing their intentions to attack the family unit, but to ban by force any mention of it. It’s a little bit like trying to legislate away gravity,” Salerno said.

While the report’s recommendations are not expected to be turned into law any time soon, he said, it does “amply illustrate the darkness at the center of the EU experiment, snuffing out human decency the way a black hole supposedly sucks heat out of the galaxy”.

The connection between hardcore abortion advocacy and the Rights and Gender Equality Committee was revealed this month when Irish MEP Paul Murphy and Swedish MEP Mikael Gustafsson, chair of the committee, demanded that Ireland legalise abortion. The pair issued a letter, signed by fifty-three MEPs, demanding that the Irish government enact legislation allowing direct abortion in cases where the mother’s life is thought to be in danger.

The letter, addressed to Prime Minister Enda Kenny, states the death of Savita Halappanavar “highlights the need for immediate action to introduce legislation for abortion in Ireland”.