“Each of us must become an apostle.” A talk with Archimandrite Theologos (Chrysantakopoulos), a missionary to the Congo 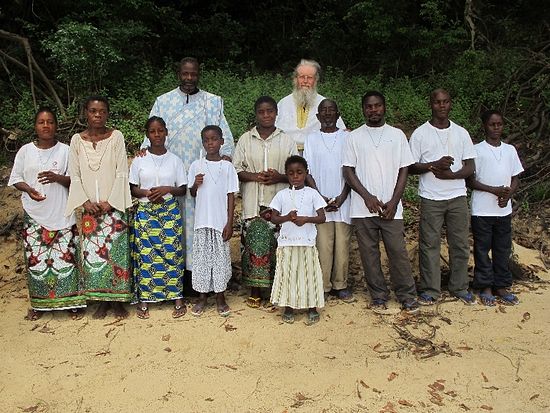 Fr. Theologos and his flock.
Archimandrite Theologos (Chrysantakopoulos) was born in 1951 in Greece. He studied architecture in the Polytechnical University of Athens, and later in Paris, France. A meeting with Elder Paisios of Mt. Athos inspired him to dream of monasticism. He was tonsured a monk in 1981. At first he labored in the monastery of Koutloumousiou on Mt. Athos, and later he restored the kellia of the Apostle John the Theologian in the southern part of Mt. Athos, where he resides to this day, along with another monk and a novice. 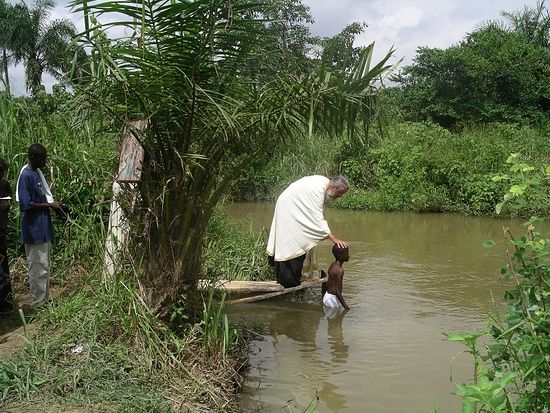 Baptism: the Congo.
He combines his obedience of prayer with missionary work and the restoration and building of churches. He worked for nine years in Albania, restoring destroyed churches, building new ones, and baptizing many Moslems. Beginning from the year 2000, he began traveling to Africa, to the Democratic Republic of the Congo, the Republic of the Congo, (Brazzaville) and Gabon. There they are also actively building new churches, schools, and clinics—all according to Fr. Theologos’s architectural plans. In the year 2010, after the formation of a new bishopric of Congo and Gabon, he was appointed its Patriarchal vicar. He also teaches in the theological seminary in Kinshasa. Fr. Theologos is also working actively with the youth. 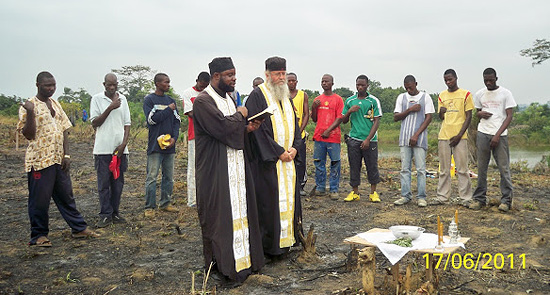 —Greek missionaries have achieved outstanding success in Congo, Kenya, and other African nations. Fr. Theologos, tell us what should be the first priority in missionary work? What should be done without fail, how should one behave, and what should one never, ever do?

—A missionary should first of all witness the good tidings of the gospel as it has been preserved by the Orthodox Church over the centuries—without change, without additions, without omissions. 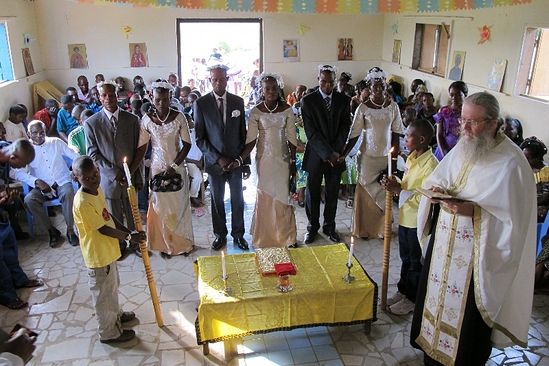 A wedding rite for Orthodox Africans.
We have to look at our brothers (and we are all brothers, children of the one God, be we baptized or not) as at an icon, the image of God. We must respect the traditions by which people live, apply what is best of them. If tradition contradicts the spirit of Christianity, we have to explain this to people with love, without offending them.

We must by no means ever look down upon people as if from the heights, disdaining their interests, or belittling their beliefs. 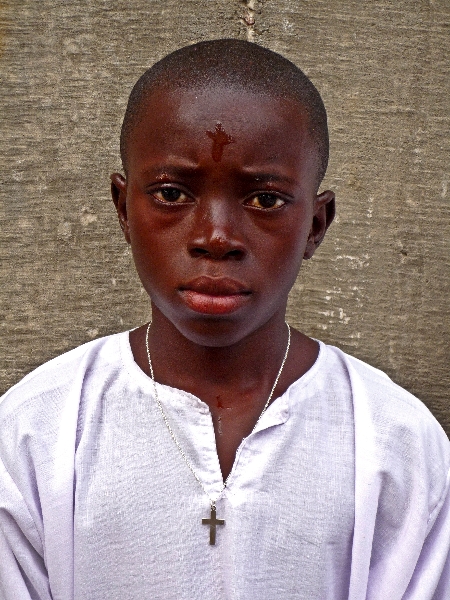 —How do Africans differ from us [Europeans]? Is it easy to preach the true faith to them? Do they take it seriously, or, having caught the fire quickly, just as quickly cool?

—Africans are more direct and sincere; they are truly often just like children. It is easier to relate to them and initiate contact, because they are not so corrupted by attachment to material goods and comforts as Europeans are. On the other hand, they are more on the surface; it is harder to “get deeper” with them. It is enough for many of them to know only the rudiments of the faith, while studying patristic literature does not seem all that important to them.

As for their seriousness… People are all different. There are those who do not remain long in the Church, who leave almost right after baptism. But then there are others who not only remain, but bring their entire families into the Church. There are parishioners who have been in the Church from the time of the first community—that is, since the 1980s. 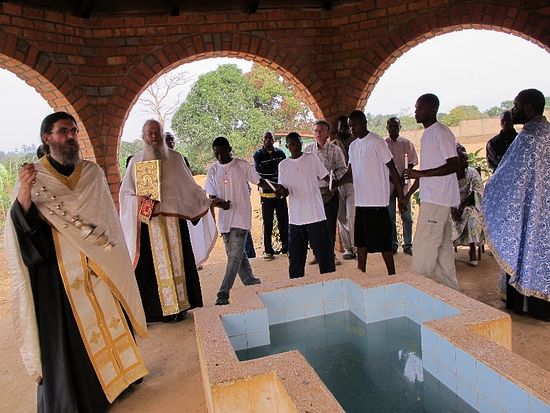 —Are there monasteries in the Congo? Do Africans in general have monastic inclinations? Is it part of their nature?

—No long ago, during a visit by His Holiness Patriarch Theodoros of Alexandria and All Africa, a men’s monastery was consecrated in Dolisie (the third most important city in the Republic of Congo), dedicated to St. John the Theologian. At the moment there are only four novices, and if it be God’s will, they will be tonsured as monks.

The Orthodox Church cannot exist without monasteries; monks are a light to the world. On the other hand, Africans do also have an inclination for monasticism, and that is why it was decided to establish a monastery there. 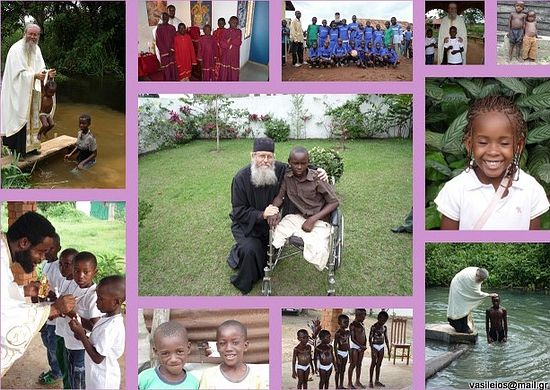 —Every time has its problems. What are the problems of our times, and how do we war with them?

The main problem in Orthodoxy today is a dearth of worthy examples. It is not enough to merely enlighten—one must also show how to live according to the Gospels, what is the Orthodox Church, and Orthodox community.

How do we war with this—or rather, how do we heal it? It is very simple and yet very difficult for each and every one of us to be a good example. 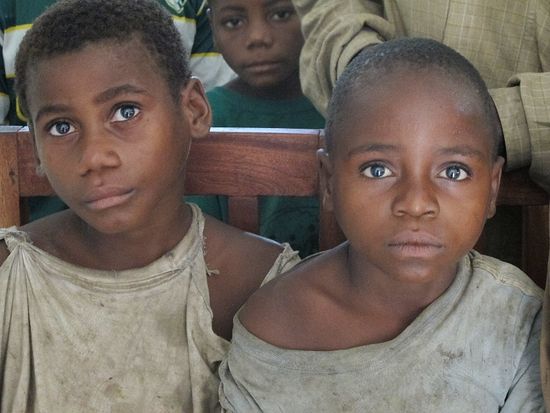 Orthodox Congolese.
Our Church is Apostolic, and that means that each of us must become an apostle, bring the Good Tidings, as our Lord tells us: Therefore go and make disciples of all nations, baptizing them in the name of the Father and of the Son and of the Holy Spirit, and teaching them to obey everything I have commanded you (Mt. 28:19–20).

At the present time, many Orthodox churches, chapels, and hospitals are being built in the Congo. You can help in the construction of the church of St. Photini and the chapel of St. Luke: