The Resurrection of Jesus Christ and the Myths of Mystery Cults 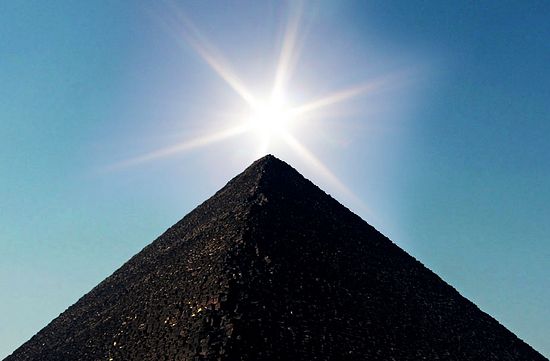 Over the past century or so, many scholars have asserted that the early Church borrowed its forms of worship, piety, and myths from “pagan” religions that preceded them. With the advent of the internet, this has become more “fad” and sensationalism than scholarship, but the truth remains that it has caused doubt and concern for many. Many will cite various, incredulous sources, which all claim that Christ is just another myth, that his “story” is just like the story of other pagan deities, and that Christianity should therefore be rejected as a lie.

While many of these assertions today are simply invented out of thin air—being popularized due to a combination of widespread ignorance and the rise of social media – there are some myths that bear a resemblance to the life of Christ; that is, at least at first glance.

One of the best responses to these assertions can be found in the scholarship of N.T. Wright, a former Bishop of Durham in the Church of England. His monumental The Resurrection of the Son of God serves as the prime example of this, and is perhaps one of the most extensively-researched works on the subject. For example, in that book he writes:

From very early times, in Egypt and elsewhere, some of the major religions centered their symbols, stories and praxis on the cycles of nature, and on the gods and goddesses who were believed to enact, or to have enacted, these cycles in themselves. There thus emerged, gradually and with far too many variations even to list, the well-known dying and rising gods and goddesses of the ancient near east.
N.T. Wright, The Resurrection of the Son of God, p. 80

The roll-call is impressive, conjuring up centuries of customs that developed, intertwined, combined, separated out again and recombined, and that gave shape and meaning to the lives of millions over a wide geographical area: Adonis, Attis, Isis and Osiris, Dionysus, Demeter and Persephone, corn-kings and corn-mothers in profusion; and, away to the wild north, Balder the beautiful, son of the great god Odin

At the heart of the cults was the ritual re-enactment of the death and rebirth of the god, coupled with sundry fertility rites. The productivity of the soul, and of the tribe or nation, was at stake; by getting in touch with the mysterious forces that underlay the natural world, by sympathetic and symbolic re-enactment of them, one might hope to guarantee both crops and offspring. The myth which accompanied these rituals was indeed the story of resurrection, of new life the other side of death.
Ibid., p. 80

Again, the focus of these cults and their “rituals” was to ensure—or rather, to attempt to ensure—that their crops would be fruitful at the time of harvest. The movement of these “gods” and “goddesses” from life to death was symbolic of, and intimately connected with, the life and death of their crops (and the resulting offspring).

This, of course, begs the question: What does this have to do with the resurrection of Jesus Christ as the only-begotten Son of God the Father?

The resurrection of Christ certainly suggests the rebirth or regeneration of the cosmos, as various Saints have argued over the centuries. However, what of the bodily resurrection of humanity? Or what about the trampling down of death-by-death, and the union of humanity with divinity (Theosis)? To this end, these aforementioned mystery cults have nothing in common with either Christian theology or with the resurrection of Jesus Christ.

Did any worshipper in these cults, from Egypt to Norway, at any time in antiquity, think that actual human beings, having died, actually came back to life? Of course not. These multifarious and sophisticated cults enacted the god’s death and resurrection as a metaphor, whose concrete referent was the cycle of seed-time and harvest, of human reproduction and fertility. Sometimes, as in Egypt, the myths and rituals included funerary practices: the aspiration of the dead was to become united with Osiris. But the new life they might thereby experience was not a return to the life of the present world.
Ibid., p. 80

There are a few other points, in conclusion, that can be made about these “comparative religious” endeavors.

First, the Church arose from Judaism during a time of great Hellenistic influence. Even with this being the case, there was ”no sign of dying and rising gods and goddesses within the Jewish world.” Resurrection in second-temple Judaism was not focused on something that would happen to their God, ”nor was it something that would happen to them again and again; it would be a single, unrepeatable event“ (Ibid., p. 81). This is decidedly different and in contra-distinction from the “rebirth” motifs of the pagan mystery cults (whose idea of rebirth was cyclical and intimately connected with the passing of the annual seasons and harvests).

Secondly, and perhaps most importantly:

When the Christians spoke of the resurrection of Jesus they did not suppose it was something that happened every year, with the sowing of seed and the harvesting of crops … they could celebrate Jesus’ death by breaking bread; but to confuse this with the world of dying and rising gods would be a serious mistake … (bread, we should note, is not the same thing as corn).
Ibid., p. 81

The resurrection of the dead will be a single event at the end of the age. It is not a cycle of rebirth for the sake of plentiful food and children; it is about the rising of the living and the dead unto either eternal life or eternal suffering. The resurrection through Jesus Christ is not about crops or female fertility, it is about setting the whole universe right. Any assertion that the Church “borrowed” the resurrection motif from pagan mystery cults is untenable.

When Paul preached in Athens, nobody said, “Ah, yes, a new version of Osiris and such like.” The Homeric assumption remained in force. Whatever the gods — or the crops — might do, humans did not rise again from the dead … The road to the underworld ran only one way.
Ibid., p. 81

From: On Behalf of All and For All. Used with permission.

GANI YOROMS6/14/2013 11:42 pm
THE BIBLE IS BOTH A LOGO AND RHEMA.THOSE WHO READ IT AS LOG WILL NOT UNDERSTAND THE SPIRITUAL IMPERATIVES.THE BIBLE SAYS THE THINGS OF THE SPIRIT ARE FOOLISHNESS TO THOSE WHO ARE SPIRITUALLY BLIND. SO I DONT BLAME YOU .YOU ARE SPIRITUALLY BLIND.EXCEPT YOU REPENT AND GIVE YOUR LIFE TO THE LORD JESUS YOU WILL NOT HAVE THE LIGHT IN YOUR MIND TO UNDERSTAND .MAY JESUS COME INTO YOU HEART NOW .AMEN
×