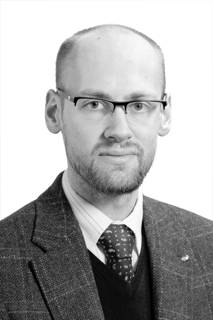 Varro Vooglaid
The founder of Estonia’s pro-family movement said in an interview with a Polish Catholic television program that the country’s draft law on same-sex marriage will not go forward after his group presented the government with nearly 40,000 signatures defending traditional marriage. Law professor Varro Vooglaid told Polonia Christiana that presentation of the petition from the Estonian Foundation for Defense of Tradition and Family will not allow the homosexualist ideologues to frame the issue in terms of “human rights”.

Last month, the group presented a petition of 38,000 signatures to Estonia’s parliament to oppose all plans that may be put forward to re-define marriage to include same-sex partnerings. This, Vooglaid said, has shown the homosexualist lobby that there is going to be serious and organised opposition to their plans. The petition form was delivered to 580,000 households, in a country with a total population of 1.2 million.

Vooglaid called the petition, the largest in the country’s history since emancipation from the Soviet Union, an “historic event in Estonian politics”. Homosexualists had become used to having the only voice heard in public, but now, he said, “We have really managed to change the rules of the game.”

Vooglaid said that the government has indicated it will not at this time be moving forward with the draft law.

The homosexualist movement, he said, must portray themselves as champions of “human rights,” since their ideology has little support among the public and they know that they will never be successful using the democratic process.

He told Estonia’s parliamentarians, “We can’t allow them to define this as a human rights issue. Our constitution guarantees equality before the law. Absolutely every single person in the republic of Estonia has the right to marry and to found a family. Everyone without an exception.

The issue has been under scrutiny since 2011 when the Chancellor of Justice, Indrek Teder, requested that the Ministry of Justice introduce a civil partnership law. He said that examination of the constitution had found that the law could not exclude recognition of same-sex relationships. In August last year, the Reform Party and the Social democratic Party as well as the Centre Party helped to draft a bill to create same-sex civil partnerships, which was under consultation until October 2012.

The homosexualists, said Vooglaid, have fired back with attempts to intimidate their opposition. The petitioners’ employers received “very strongly worded letters” asking for Vooglaid and fellow members of the Foundation to be sacked or otherwise disciplined. Complaints were also made to the consumer protection board and even to police, accusing the group of “hate crimes.”

Vooglaid, however, said that such actions really only prove the point being made in their campaign. “We said that if they manage to apply their ideology to our society, teachers will lose their jobs unless they approve the homosexual agenda. And they of course say that we are lying,” he said.

“But by their very actions, they are confirming that we are absolutely correct. And of course we know from different countries all over Europe that’s exactly what’s happening.”

Vooglaid, a lawyer and professor of law at the country’s national university, told police that they could press charges of hate speech, but that there was no legal basis for prosecution and that the subsequent public proceedings would only reveal the real goals and methods of the homosexualist lobby.

“It will make it even more clear that these are not just very nice people who are looking for more tolerance, but they are really radical fundamentalists who are ready to advance their goals by taking away the most basic rights from other citizens. Freedom of speech, freedom of conscience, freedom of belief.”

Part of the difficulty in many western countries, he said, has been the media’s siding with the homosexualist ideology. This has denied a voice to the majority of the public. While the media portrays the issue as one of human rights or equality, “for normal people, real people, life is very different. For them, their views are very different.”

The petition, however, has put the lie to the media myth, showing “the people in power,” as well as the public at large that there are “actually tens of thousands of people who value family … and who think that family and marriage may not be redefined.”

Moreover, the movement to preserve the natural family in law comes from the real grassroots, Vooglaid said. Homosexual activists are supported by very few on the ground. These groups, he said, call themselves citizens’ organisations, NGOs, “but the reality is that almost nobody supports them. No simple people support them with small donations.”

The most influential of the groups pushing for same-sex recognition in Estonia is the International Lesbian, Gay, Bisexual, Trans and Intersex Association or ILGA, which is heavily supported by both the UN and the European Union. While ILGA Europe claims to be a grassroots NGO, they receive the bulk of their funding directly from grants from the European Commission. According to information IGLA made public, in 2012 they received a grant of €1,017,055 from the EU. The rest of their €1.95 million budget came from grants from the government of the Netherlands, George Soros’ Open Society Institute (OSI) and the Sigrid Rausing Trust, a UK organisation with similar goals.

Vooglaid also pointed to the direct intervention of other western countries, saying that three days after the petition was delivered to Estonia’s parliament, the embassies of the US, Canada, Britain and Austria hung the facades of their buildings in the capital Tallinn with rainbow flags as a public signal of their support for the homosexual agenda.

He said the action demonstrates that the homosexualist movement is really a form of “ideological occupation”.

He said that his group will continue to oppose the agenda: “We will do it very calmly. We will do it with great dignity, and with great respect for persons. But being tolerant and being respectful definitely do not mean that we need to give up our principles.”

“Let us understand that being tolerant is not about conformity. It’s not about giving up the principles that were passed to us by our forefathers, which have been at the foundation of our culture for hundreds of years.

“This is not tolerance. And if that’s the idea of tolerance, then we will be very happy to be intolerant.”

Ingmar8/24/2014 5:00 pm
This article comes from the domain of wishful thinking. The draft law has not been stalled, it will be discussed in Estonian parliament this autumn, as initially planned. Neither is mr. Vooglaid a professor.

Nicholas Anagnostis6/12/2013 3:26 am
Would to God that more people in the USA had the same courage of conviction that you have in Estonia. May God richly bless and protect your brave endeavors and your country.
×