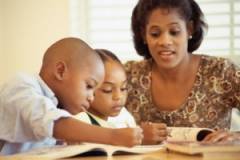 The New York Times Magazine will run a story this Sunday with the ominous title “What Happens to Women Who Are Denied Abortions?” Written by Joshua Lang, a student in the UC Berkeley-UCSF Joint Medical Program, the story attempts to answer the question using the “Turnaway Study,” a study of some 200 women who sought abortions and were turned away, mostly due to being too far along to legally perform the procedure.

The study was performed by a group of pro-abortion researchers looking to catalog the negative effects of giving birth to an unplanned baby. Instead, they found that the overwhelming majority of women who wanted abortions but couldn’t get them were happy with the outcome.

Here, from the mouth of one of the study’s authors, Diana Greene Foster, is the answer to the title question: “About 5 percent of the women, after they have had the baby, still wish they hadn’t. And the rest of them adjust.”

And here’s an answer from an actual “turnaway” – S., a woman interviewed for Lang’s piece who was not part of the original study, but was denied a wanted abortion for being 23 weeks pregnant: “[My baby] is more than my best friend, more than the love of my life. She is just my whole world.”

These, apparently, were not the answers Mr. Lang was hoping for. So rather than write a straight-up article about the results of the study, or taking S. at her word, he wove her emotional narrative through a series of quotes from pro-abortion “experts” and emphasized the “negative outcomes” of parenthood: namely, the sacrifices.

“Being denied an abortion resulted in some measurable negative effects for S.,” Lang wrote. “She had to give up work and her apartment, and her precarious finances became more precarious.”

“Given some of the negative outcomes for turnaways,” added Lang, “Foster’s study raises an uncomfortable question: Is abortion a social good?”

In order to gauge the true outcome for a turnaway, Lang argues, you must not ask the woman what she thinks, but rather, compare their socioeconomic status to women who did have abortions. He quotes study author Foster, who said, “You would need to look at the people who managed to get the abortion and find whether a woman who started out similarly is now in school, building a stable relationship, career or, possibly, that later she had a baby she was ready for.”

Lang grudgingly admits that women who gave birth after being refused abortion do, in fact, report that they are happy with the way things turned out by a lopsided margin.

But, lamenting that someone might use further claimp down on abortion, he quotes a bioethicist who accuses those women of lying to themselves and to society.

“Some would use these data as justification to further restrict abortion — women rarely regret having a child, even one they thought they didn’t want,” Lang writes. “But as Katie Watson, a bioethicist at Northwestern University’s Feinberg School of Medicine, points out, we tell ourselves certain stories for a reason. ‘It’s psychologically in our interest to tell a positive story and move forward,’ she says. ‘It’s wonderfully functional for women who have children to be glad they have them and for women who did not have children to enjoy the opportunities that afforded them.’”

Lang celebrates the story of a 38-year-old woman , J., who, determined to abort her surprise baby, suffered through one botched abortion and drove to three more clinics in three western states before finally finding someone to successfully perform the late-term procedure. By that time, she was more than 23 weeks pregnant.

After the abortion, Lang wrote, “J. got a job operating heavy machinery at a manufacturing plant for $15 an hour. She had been applying for the past six months. If she had had the baby, she said, she wouldn’t have been able to take the job.”

In Lang’s mind, operating heavy machinery at a factory for $15 an hour is clearly a superior outcome to having a baby that might become, in the words of S., “more than my best friend, more than the love of my life…my whole world.”

Lance Hogben6/30/2013 7:45 pm
$15/hr! She's livin' the dream! I bet she never misses that child for a second! It looks like there are two worlds – one for people with feelings and one for people with ambitions, even very modest ones, for which they give up being human. Almost like Soviet realism.

Еke Eldberg6/15/2013 9:30 pm
Reality infringing on modernist ideologic unreality. Thanks for this.
×