In the NSA we trust: the trouble with faith in an omniscient state

SOURCE: The Guardian
By Giles Fraser

Too many Americans think of their nation as inherently Christian and worthy of absolute trust, but the state is not benign. 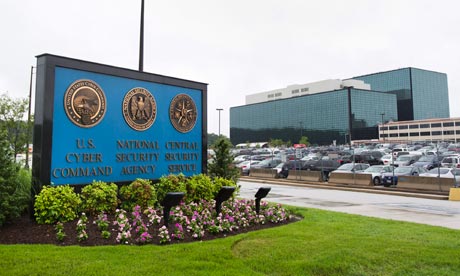 It's nothing new, this fear that there is someone out there watching my every move, knowing my inmost thoughts. It used to be a fear of God. Now it's a fear of Google, the NSA and GCHQ. In other words, we have invented a secular form of omniscience. For the sake of argument let us bracket out the question of whether this God actually exists. For present purposes, I am interested in how human beings have historically reacted to the prospect of there being some powerful agent/agency who knows everything about us. Thousands of years ago, the psalmist had it thus:

"O Lord, you have searched me and known me. You know when I sit down and when I rise up; you discern my thoughts from far away. You search out my path and my lying down, and are acquainted with all my ways. Even before a word is on my tongue, O Lord, you know it completely. You hem me in, behind and before, and lay your hand upon me. Such knowledge is too wonderful for me; it is so high that I cannot attain it. Where can I go from your spirit? Or where can I flee from your presence? If I ascend to heaven, you are there; if I make my bed in Sheol, you are there." (Psalm 139 vv. 1-8)

But, the psalmist concludes, if we having nothing to hide, why worry? "Search me, O God, and know my heart; test me and know my thoughts. See if there is any wicked way in me, and lead me in the way everlasting." This is not dissimilar to Barack Obama's line that in the trade-off between security and privacy, we ought to trust the listening spooks not to misuse information they gather about us, that they are working in our best interests. But, whatever one thinks of (let's call it) the God idea, the big difference between God almighty and the secular almighty, is that the former is supposed to be benign, indeed the very epitome of love itself, whereas I don't think it entirely uncontroversial to say that the NSA is not.

The problem is, however, that too many Americans think of their nation as inherently Christian, as set apart by God. For all their supposed separation of church and state, and for all their supposed suspicion of big government, in the end a significant proportion of Americans believe in America in the same way that they believe in God. They over-identify the Christian "we" with the American "we" – as Stanley Hauerwas puts it. In 1956, the USA replaced its unofficial motto, E pluribus unum (Out of the many, one), with an official motto, "In God we Trust".

Thus the state not so subtly claims for itself the same level of trust that Christians have in the almighty – thereby answering the initial fear that the psalmist has about absolute surveillance with the reassurance that the powers that be are benign and have our ultimate interests at heart. Nothing could be more dangerous than this, that the state deserves absolute trust. Which is why it is worth stating and restating the theologically obvious: the NSA is not God – however much it might aspire to the absolute power of omniscience.