About candles, "Mercedes-Benzes" and Church wealth

The Church has always been in the spotlight when it comes to wealth. The lifestyle of priest is a perennial subject of tabloids even in Orthodox countries, where the priesthood is in general highly valued and respected. Somehow most of the discussions center on their automobiles, and the talk becomes especially unhealthy if that auto is a Mercedes-Benz--generally accepted as epitome of luxury. A survey has never been taken to reveal just what models, if any, the priests really drive, but a casual glance around will tell you that the vast majority of Russian priests would be hard pressed to afford such a car. Nevertheless, some high-profile incidents have provided material for yellow journalists. Here’s more about this subject from a priest in the Russian Orthodox Church. 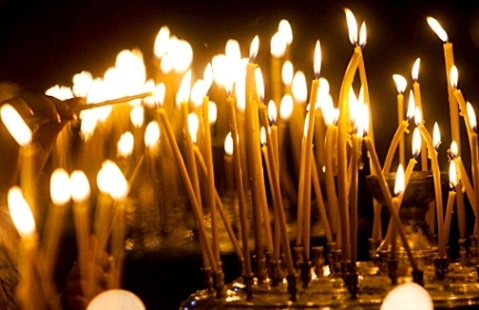 "The Church buys candles cheaply and sells them, not at cost, but several times the cost! Where is the justice?! Which one of these clergymen gets the profit, huh?! And on what, interestingly, will they spend it? On Mercedes-Benzes, of course. And in general the Russian Orthodox Church is a commercial business whose aim is to embezzle money from the poor. It’s for this purpose also that all the sermons on non-acquisitiveness are given. But just look at how well they themselves live!"

Such an opinion, one hears, alas, not infrequently. We don’t like it when others try to look into our pockets, but often we don’t mind assuming the role of tax inspector ourselves when it comes to others. And we pay extra special attention to the Church--not in the sense of following the teachings of Christ, which She preaches, but in the sense of scrutinizing Her revenues and expenditures. Frankly speaking, "priests in Mercedes" is a hackneyed theme. Nevertheless, the demanding philistine continues to play the same old tune.

We have requested Fr. Alexander Lebedev, senior priest of the Church of the Protection of the Most Holy Mother of God (at the Marketplace) of Vologda, to tell us about where the Church gets money and how the money is spent. For those interested, we add that this priest used to ride to services on a motorized scooter; that is until it was stolen. Then it became necessary for him to buy a Ford for the community.

--The Church lives on donations. This is commonplace, and everyone knows that this is the case. Therefore, all financial resources handed over to the Church must be treated precisely as donations, that is to say, as funds selflessly handed over. No one is forcing anyone to make donations: please, come in to church, pray, confess, receive communion, without spending a kopeck of your money. Furthermore, not a single priest has the right to refuse to perform any religious rite free of charge. However this priest needs to eat and drink; the parish in which he serves needs to be repaired and maintained. People understand this and make donations to the church.

Some donate selflessly, others selflessly serve--such is the ideal, and such an ideal we realize under one condition: church tithing. Let each Orthodox person give a portion of his income to the Church, and She could survive altogether, develop Her social initiatives, engage very broadly in charity, and distribute candles left and right to every needy person.

In general, charging "fees" for the fulfillment of "needs," that is, church services according to request or needs of the people (baptisms, funerals, etc.), is not the ecclesiastical norm. In the practice of the Russian Orthodox Church, these were introduced under Catherine I. It was part of a very wide-ranging enterprise of secularization, when the state took away Church lands, and introduced various staff and personnel for maintenance of churches and monasteries… Behind all these measures could be clearly seen a desire to control church revenues. Once put in such an awkward position, the Church was not able to free Herself from it even to the present day.

Today the government does not force the Church to establish a specific donation amount, but rather the limiting factor in returning to "unregulated giving" is the persistent "un-Churched-ness" of our people. Here’s a real-life example of such an issue. A certain priest decided to offer his parish candles, not for a "fee," but rather for a voluntary contribution. He laid out the candles and placed a donation box next to them. The next day, the candles were gone because the rumor spread through the village that they were handing out free candles in church, and everyone rushed to stock up for the future. This is the sort of spiritual level of the majority of "believers." So the Church is always ready to return to a normal relationship regarding donations, but our un-Churched society still is not.

About the wealth of priests, we can say the following: the priest lives as his flock lives. If a priest serves in the capital and bankers attend his parish, this is one level of donations, and, correspondingly, of earnings of the priest. But a rural parish is a completely different story. And now answer a question: do most people in our country today live affluently, or poorly? That’s exactly how the priests live. Something that’s not observed around churches is people who desire to work in them on a permanent basis, and this is fully explainable by the extremely modest wages. A priest in this sense is no exception.

--And how does the Church spend its money?

- I can answer this question as the rector of one of the city’s churches. More than half of our expenses are the wages of our parish employees (along with all the accompanying taxes). Yes, the Church pays taxes to the state, feeds it. A third of its expenses are for various purchases: those very "candles," as well as icons and literature, which are subsequently offered for distribution during collection of donations. A significant portion of the church budget goes to utility bills, and further, comparable to this "piece" is the cost of maintenance of the charitable refectory, and besides that, Sunday School. Add to this the necessary repairs, upkeep of communication networks, office and other expenses, and you will see that church money escapes like water into sand. Furthermore there is charity, and payments for general church needs. Try to find in the church budget a gap the size of the price of a Mercedes! That would be something from the realm of science fiction. In any case, this is in the context of my parish--a central city parish.

The wealth of the Church is a myth. At one time, I heard that to devastate the Russian Orthodox Church it would be sufficient to undertake a single action: transfer to her balance sheet the maintenance of the Cathedral of Christ the Savior in Moscow. (The entire cathedral complex is the property of the city of Moscow; the city government manages and generates revenue through the operation of certain commercial components of the complex.) The cost of its maintenance alone is comparable to the size of the entire Church budget! And now, tell me: Is it great; is it huge, this budget?

The Church is poor, and so poor, that more than 90 percent of the buildings that once belonged to her are in ruins, which the Church is currently unable to receive back and restore. The Church is only just recovering from the terrible years of atheism, which literally bled Her white, and She is just now trying to stand up. Most of the priests and church people are self-sacrificing, selfless people. Others are unlikely to take root in Church soil. Yes, there may be a priest who turns out to be unworthy of his rank; but then Judas was among the Apostles, and yet we do not assess the moral level of the Apostles by him! Here also I suggest that one judge the priesthood not according to articles in the tabloid press, but in a realistic way, and, glory to God, by the plentiful examples of simple Russian batushkas, in whom are united geniality, non-acquisitiveness, self-sacrifice, often fearlessness, and much more, which allows the people to speak about the priesthood as about a special people, and to make particularly high moral demands of batushkas.

Most clergy today are worldly and lack Christian love.

OrthoChristian8/20/2013 2:39 pm
Lawrence, although few would disagree with your point that the "level of service" to parishioners should be the same everywhere, I think that you are confusing the married priesthood with the monasticism. Married priests do not take a vow of poverty as monks do, and they are not forbidden to have possessions. Clearly, a family with children must have some possessions and enough money to give the children a normal life. The author is merely stating that a parish with wealthy parishioners will obviously generate more income than a poor rural parish, and therefore the priest in the city will have a higher income (in fact, he needs a higher income in the city than in the country to live--this is especially true in Russia). Married priests everywhere are given a salary, but some parishes are so poor that this salary is low--so low that bishops sometimes assign priest-monks to serve in them, because monks do not have families to support, and have a Spartan lifestyle.
Please also do not confuse the married Orthodox priesthood with Protestant missionaries, who voluntarily go to impoverished areas, knowing that they will live a life of deprivation. Orthodox priests do this also, but the Church recognizes that the children must also receive what they need in life.

Laurence Powers8/18/2013 1:58 am
I completely disagree with your 'one level of service' for bankers and businessman in the city and the corresponding salary of the priest, contrasted with the people in the village Who Need Spiritual Guidance the Most, who, are, by the nature of the economy, desititute...Riduculous! Many honorable men would serve and live simply in the cities, your assertion is Blasphemy, and you will be judged by G...d accordingly...All Batushkas should live by the same standards, the city dwellers among bankers, and businessmen should have spartan accommodation, yet food should be abundant, this Alone, and a devoted wife who will have the protection of the Church...In simplicity, in devotion...No property, few possestions, Yet protection, and plentiful food, and a safe, simple accommodation...As Levites!!! Get It!!!?