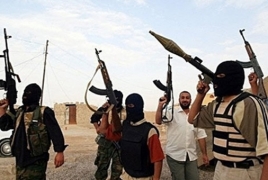 Saudi Arabia sent about 1300 prisoners sentenced to death to fight in Syria against the troops of the president of the republic Bashar Al-Assad.

According to the website of the American newspaper USA Today, as early as in April this year the Ministry of Internal Affairs of Saudi Arabia offered 1239 prisoners, sentenced to death penalty, pardon and monthly payment of money to their families in exchange for participation in combat operations in Syria.

The newspaper notes that among prisoners sent to struggle with the regime of Assad there were citizens of Afghanistan, Egypt, Iraq, Jordan, Pakistan, Somali, Sudan, Syria, Kuwait and Yemen. All of them had been sentenced to death in Saudi Arabia for murders, sexual assaults, and spreading of drugs. Saudi Arabia: religious police confiscate crosses from Christians
Officers of the Saudi Committee for the Promotion of Virtue and the Prevention of Vice (the religious police) made a raid in the town of Abha in the south of the kingdom of Saudi Arabia. The result of these events was the confiscation of crosses from representatives of one Asian diaspora—to prevent the of performing of Christian prayers, called "contradictory to Islam" by the government employees.