Reports about killings of Christians in Syria continuing 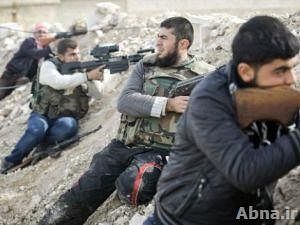 The Ad-Diyar newspaper in Aleppo reports that members of Al-Qaeda and Jabhat al-Nusra armed groups have attacked homes of the Christian population in different blocks of the city.

Having encircled the houses, the militants took out their residents, including women and children, and having tied their hands, led them to the recreational park near Aleppo. There, following several bursts of submachine gun fire, the extremists slaughtered all captive Christians.

A report of the Al-Hadas agency, also citing the material from Ad-Diyar, adds that the Al-Qaeda fighters have forbidden their supporters to film the slaughter, telling them to burn the corpses and to bury the remains in a common grave.

In the article mentioned above, the editorial staff of the newspaper considers this course of events to be fatal for Syria: thus, forcible eviction of Christians from the country is being carried out under the auspices of so called "State of Ahl us-Sunnah in Iraq and Syria".

It is supposed that the next target will be Lebanon, reports Linga. Syria: The end of chrisian civilization?
Milena Faustova
“It is the accepted belief that religious wars have become a thing of the past. But they have become a thing of the past only for those Western politicians who pay no attention to them. Religious wars are going on both in Africa and the Near East. Syria is only one of the bridgeheads for the swift de-Christianization of this region..."
×