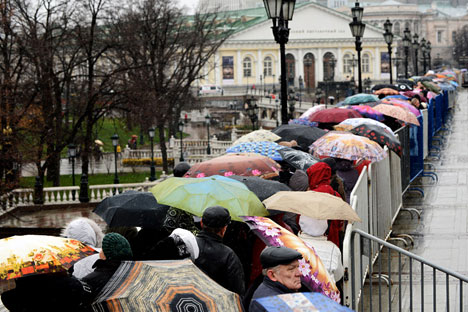 The popularity of a recent exhibit on the House of Romanov has led some observers to believe there is a sympathy towards the monarchy in Russia and perhaps the desire to return to it. Journalists asked some of the thousands who stood in line to see the exhibit why they were so interested and if they could imagine the return of the monarchy in today’s Russia.

I stood in line for three hours. After I retired, I had a lot of free time and became interested in history. Much has been said on television and on the Internet about the dynasty; it seemed that there was no one as outstanding as Peter the Great. But after I began to study it, it turned out that there were other outstanding tsars worth talking about. The entire history of the House of Romanov was thorny and intricate. Peter chopped off heads, and sometimes this was necessary, and he performed the dirty work. He was able to understand the people. They would steal, yes, but also work. As a result, the country prospered.

A return to the monarchy? Yes, why not?

I came together with my friend; we go to the same church. We came to learn about the history of the Romanovs. Moreover, we want to see the icon – Our Lady of St. Theodore – which was the patron icon of the Romanov family and the patron saint of Nicholas II. We wish to have a faith as strong as his. 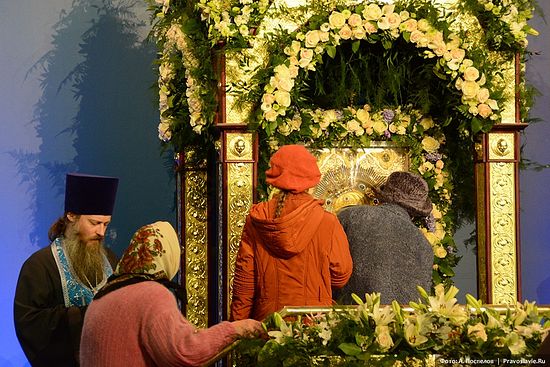 It is difficult to say whether we need a monarchy. People have lost faith, and they cannot believe that the monarchy will bring a bright future to our children.

Yesterday I came to Moscow on a business trip and learned from friends about this exhibition. I decided to visit since I have some free time. I heard that the exhibition is presented in a new, interactive format, and I am curious as to what it looks like. Generally speaking, I do not visit exhibitions.

I think that maybe someday we shall return to the monarchy. People have been given such freedom that perhaps they will ask someone to stand over them and make them do things.

I was advised by a colleague to visit this exhibition, which had had a great impact on her. I wanted to see the icon. It is too bad that there is such a long line. When I came on Saturday, the line was so long that I did not wait. I thought that during the week the line would be smaller, but unfortunately the situation is the same. I wonder what they are showing about the Romanovs that so many people are waiting in line. I think the Romanovs have done a lot for the country.

The sad fate of the last emperor cannot make people indifferent. The monarchy has perspectives. The country needs a strong hand.

I have been waiting for three hours. My teacher advised us to visit this exhibition. I came here for the sake of learning something new. What this exhibition is about, to be honest, I do not know. I think we spoke about the Romanovs during history lessons. Many people have come, because the entrance is free. In Moscow these days, almost nothing is free. I do not support the monarchy. 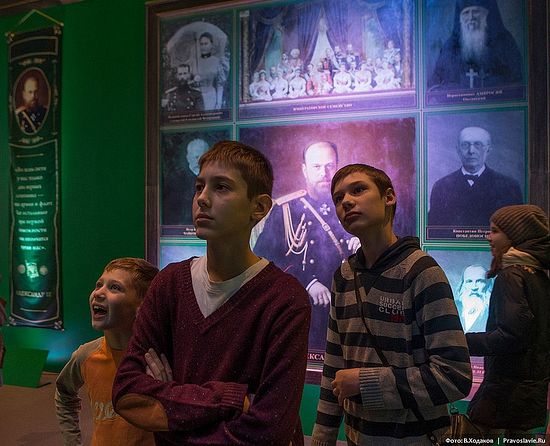 Russia beyond the headlines