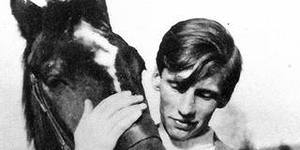 Six exhibition stands relate the life of one of the members of the anti-fascist students' resistance group Alexander Schmorell (1917-1943), who was canonized in 2012 by the Russian Orthodox Church outside of Russia.

The exhibition is timed to coincide with the forthcoming launching of a book by an author from Orenburg, Igor Khramov, The Russian Soul of the White Rose, translated into German in the Helios-Verlag publishing house. The new publication was to be launched in the evening of November 29 in one of the library's reading halls.

This year, the 70th anniversary of the execution of St. Alexander Schmorell, a student of the University of Munich and native of Orenburg, is commemorated.

The director general of the Bavarian State Library Dr. Rolf Griebel, first chairwoman of the "White rose" foundation Dr. Hildegard Kronawitter and others are to speak at the book launch.

At the book fair that took place in Frankfurt am Main this year, five books about New Martyr Alexander of Munich in Russian and German were launched. Book Review: Creation and the Heart of Man

Book Review: Creation and the Heart of Man
Dostoevsky noted how he felt even in the later nineteenth century that faith had become a lost cause among Western intellectuals, and that the idea of nature, and the presence of God in nature, was next under attack. That war has been a long one and continues.