The Messiah and Gift-Giving 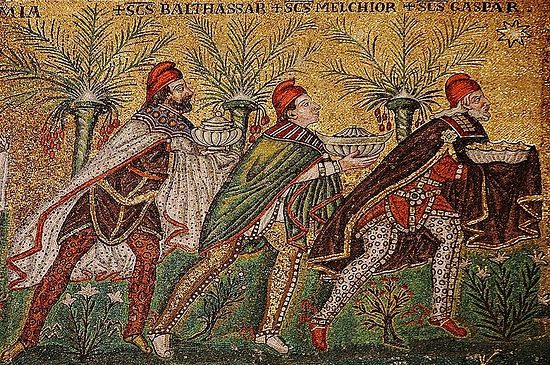 The Gifts of the Magi.

The giving of gifts is an ancient custom found in practically every society.

It has, and does, serve many purposes: to cement alliances between kings; to pay tribute by a lesser nation to a greater; to convey thanks; as a cultural gesture of appreciation at the first visit to someone’s home; to mollify an angry opponent; to worship a deity; and to show or display one’s love to another.

Whether a chest of gold, a potted plant, or a diamond ring; whether a bouquet of roses, a slain lamb, or even a sacrifice of one’s time—the gift given elevates and transforms the relationship between the giver and the receiver. A peace-offering turns mistrust into confidence. A maiden’s doubting of her suitor’s love is assured of its constancy upon receipt of even the smallest of affectionate tokens. The unexpected offering of one’s time and energy, say, in volunteer work, convinces others of one’s good intentions, loyalty, and large heart.

While gifts can be used for negative reasons such as manipulation or even unethical purposes, e.g., bribes (Ex. 23:8), I wish to focus primarily on the right reasons for gift giving.

We can see the importance of gifts and their proper giving among the social life of Old Testament Israel by the fact that the Hebrew language contains fifteen different expressions for it. Throughout the Torah we see gift giving between humans, notably in the story of Jacob and Esau where the gift is symbolic of , and is itself, the blessing of the Patriarch Isaac for the Messiah and an abundant seed. We see the various “offerings”—gifts, really—of lamb, goat, turtledoves, grain, etc, which God has prescribed for acceptable divine worship.

Earlier than this, we see that God himself gave the first gifts: first the woman to the man, and then the Lord gave every tree in the paradisiacal Garden to the First Created Couple for food. Later, after the Flood, Yahweh gives Noah, his family, and all his descendants—us—meat to eat for food. This is not even to note the original gifts that God gave Adam and Eve—the wonderful garden, a light-bearing spirit and body, intimate communion with their Creator, et al.

At the dawn of the Messianic Age, we see the greatest gift that anyone has ever given, or could give—a gift of which all other previous gifts mentioned in the Old Covenant were mere shadows: God gave himself, not only in descending to become man in the incarnation, but also on the Cross:

The Messiah Jesus, who, although He existed in the form of God, did not regard equality with God a thing to be selfishly grasped and exploited for his own advantage, but emptied Himself, taking the form of a slave, and being made in the likeness of men. Being found in appearance as a man, He humbled Himself by becoming obedient to the point of death, even death on a cross (Phil. 2:5–8).

Where all the previous gifts and offerings were weak under the Torah, God did what they couldn’t do: renew our human nature, die an unjust death on our behalf, rise from the dead, and ascend in and with our human nature back into heaven.

Yet, what was the first thing that the passage of St Paul above says that God did? The Messiah did not regard equality with God a thing to be selfishly grasped and exploited for his own advantage. In other words, his high estate, his glory, was not for his own use.

And then what? He emptied himself. The Creator of the universe, dwelling in unapproachable light, in the midst of unending angelic glorification, empties himself. That is, he leaves his comfortable home where everyone loves and praises him and empties himself and takes on the likeness of a slave, becoming so obedient that he dies a death, even the most ignoble one: on a Cross.

But is this the end of the story? No, for we discover:

For this reason also, God highly exalted Him, by bestowing on Him the name which is above every name, so that at the name of Jesus every knee will bow, of those who are in heaven and on earth and under the earth, and that every tongue will confess that Jesus the Messiah is Lord, to the glory of God the Father (Phil. 2:9–11).

It is precisely because of the Messiah’s abasement in becoming man, walking among us, teaching us, embodying and fulfilling the Torah, dying an unjust death on our behalf and descending into Hades—that God has highly exalted him, by raising him from the dead, and by bringing him back into heaven to sit on his heavenly throne.

And what is the end result of all this? St Paul shows us in his Epistle to the Ephesian Church (4:7–8):

But to each one of us grace was given according to the measure of the Messiah’s gift. Therefore it says, “When he ascended on high, he led captive a host of captives, and he gave gifts to men.”

Paul goes on to list various spiritual gifts for the building up of the Church: apostleship, prophecy, evangelism, etc. One might also list here the fruit of the Spirit (Gal. 5:22-23)—love, joy, peace, et al.

So why do I extend the theme of the Messiah’s humble abasement in the incarnation and on the Cross in an essay on gift giving? What is the connection?

Well, I believe that the Messiah, our Lord Jesus Christ, gives us the pattern for fruitful gift-giving be means of his own life. As the Master commands us to follow him (cf. Matt. 16:24), the Apostle Paul also exhorts:

Do not merely look out for your own personal interests, but also for the interests of others. Have this attitude in yourselves which was also in the Messiah Jesus (Phil. 2:4–5).

As we approach the most profound feast of the Nativity of our Lord and Savior Jesus Christ, also known as Christmas, I believe we must pattern our gift giving after the Messiah’s example: We should have the same selfless attitude that he did. (v4-5) Seek out others in need. Find out what others in our neighborhood, community, or local church need.

We should not rest complacently in our own comfortable homes, grasping our homes and status for our own advantage. (v. 6) Sometime during this fasting season, or during the 12 festal days that follow, let us leave our comfort, and even our friends, and offer ourselves to others, going to them—whether it is feeding the poor at a shelter, visiting the lonely elderly in a senior citizens home, or volunteering at a special needs facility. Conversely, invite the less fortunate into your own home. Try sharing your whole Christmas day (and dinner) with a family in need.

In so doing, we will find that we receive ourselves the most wonderful gifts. We will find the same humility that the Messiah had when he emptied himself. Our new humble friends may show us the all important virtue of contentment. Most significantly, we may find the gratitude that is so often missing in contemporary society.

Notice that I haven’t mentioned buying any Christmas gifts yet. Often, the gift of one’s self—one’s time, presence, and energy—is far and away more meaningful and fruitful than any store-bought item. Certainly, we will likely all buy various gifts as tokens of our love and affection for each other.

But, let us cultivate the attitude that our Messiah had first. Let us look out for others’ needs. Let us not grasp our own comfort and status, and let us empty ourselves. Then, we can give our purchased gifts, which by then hopefully will be seen for what they are: not tokens of happiness received, but as tokens of selfless love given. Then, we will finally find ourselves exalted in our hearts, and where the Messiah is—in heavenly glory.

Remember this: Whoever sows sparingly will also reap sparingly, and whoever sows generously will also reap generously. Each of you should give what you have decided in your heart to give, not reluctantly or under compulsion, for God loves a cheerful giver. And God is able to bless you abundantly, so that in all things at all times, having all that you need, you will abound in every good work. As it is written:

“They have freely scattered their gifts to the poor; their righteousness endures forever” (2 Cor. 9:6–9). Why We Fast Before Nativity (Christmas)
Vincent Martini

Why We Fast Before Nativity (Christmas)
Vincent Martini
The time of preparation before the great feast of the Nativity of Christ (i.e. “Christmas”) is, through the wisdom of our holy fathers, intended to be a time of purposeful asceticism, almsgiving, and learning to say “yes” to God while saying “no” to one’s own desires. "He Bowed the Heavens and Came Down": Reflections on the Nativity of Christ

"He Bowed the Heavens and Came Down": Reflections on the Nativity of Christ
There is no mystery greater than that of the Incarnation of God. In the quiet majesty of an archangel’s salutation, months before in Nazareth, a wonder beyond description was begun; and here, on this night, that wonder will be fully manifest. The great mystery which the holy Virgin, now holy Mother, had for long days stored up and treasured in her heart, the reality hidden but to a select few, is now to shine forth in all the radiance of a heavenly star.
Comments
×