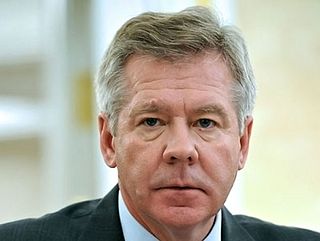 Russia will oppose attempts to include sections on sexual orientation in international legal documents on non-discrimination, including resolutions of UN bodies, a Russian deputy foreign minister said.

"By and large, we will oppose the inclusion of references to sexual orientation in international legal documents, including resolutions of UN bodies," Gennady Gatilov said in an interview a transcript of which was posted on the Russian Foreign Ministry's website.

Gatilov was responding to a request for comments on a U.S. plan to lobby in the UN Human Rights Council for non-discrimination against sexual minorities as one of its foreign policy priorities.

"The term 'sexual orientation' has no definition in international law and can be interpreted in a large variety of ways. Recently, for example, it has been a much-hyped thesis that pedophilia is a form of sexual orientation. This sounds offensive to us," Gatilov said. Fighting back against the global LGBT agenda: the resistance arises
Those who have defended marriage until now may feel beleaguered. They may be irritated with the press’s misconstruing of Pope Francis’s multiple comments about compassion toward homosexuals. Nevertheless, Europe ought not to be cause for pessimism. On the contrary, Europe has an active underground building Defense of the Family 2.0.
×