Where There is God, There is Life

We greet the readers of OrthoChristian.com with the feast of the Circumcision of the Lord, the commemoration of St. Basil the Great, and the New Year according to the old, Julian calendar! The old vs. new calendar is a much longer debate than we would like to have on this festive day, so we will keep our explanation brief before offering words of encouragement from the Patriarch of the Russian Orthodox Church. 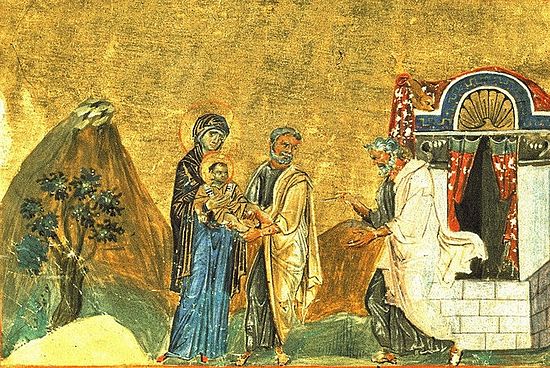 The Circumcision of the Lord.

In the year 45 B.C., in the reign of the Emperor Julian, the Romans revised their calendar based most likely upon one of the old Greek lunar calendars. Anyone who was born that year might well have lived to that very year of grace, when our Lord was born on Earth. Born in a year B.C., before Christ, that generation would have died in a year A.D., Anno Domini, or the “Year of the Lord”—a generation straddling the divide between the old and the new; the Law of Moses and the grace-filled commandments of Christ, the pagan darkness of shadow and death and the great light of God made manifest.

Most had no awareness of this unprecedented, universal change. They lived their lives according to those old ways of corruption, not knowing that within only a few centuries, many of their descendants would shudder at practices and norms Julian’s Romans thought nothing of. A few centuries more, and those ways and norms would be a thing of the forgotten past.

This calendar continued to be in use throughout Western Europe and Byzantium until the year 1582, when Pope Gregory of Rome, head of a Church that claimed sovereignty over all Christians, adjusted the Julian calendar, decreed that everyone use it, and named the product after himself. Naturally, the Catholic countries most loyal to the Pope, such as Italy, Spain, and Portugal, aligned themselves quickly with this new calendar (although Tuscany did not change until 1750), blithely consigning fourteen days to oblivion. The rest of Western Europe and the American colonies grudgingly pulled themselves into the new order, with the more vocal protests coming from England. The British Empire did not finally adopt the new style until 1752—nearly two centuries after Pope Gregory’s decree—a sufficient amount of time to demonstrate its defiance against all papal decrees. But even the Protestant countries eventually capitulated to what had become the prevailing Western Europe system.

Having long recognized the politicized folly of the Western Church’s claim to supremacy, the Eastern Christian world lived contentedly above the tumultuous demonstration of loyalty or non-loyalty to the pope, and therefore the calendar question did not arise until the early twentieth century.

The nation that hosted the development of Christian doctrine—the Greeks—never separated their civil calendar from the Church calendar. The Romans never did either, and so changing the Church calendar also meant changing the civil calendar. But the Greeks, after being ruled essentially by Western European kings throughout the latter half of the nineteenth century and into the early twentieth century, also changed by government order to the Gregorian calendar. Not accustomed to having a church calendar that did not correspond to the civil calendar, the Greek Orthodox Church also made the change, although Orthodox Christians with a few minor exceptions still reckon the date of Easter according to the Julian Calendar. A grass roots movement opposed the use of the Gregorian calendar for Church feasts and the commemoration of saints, but it was forcefully put down.

Russia’s switch to the Gregorian calendar happened on the wave of a violent national cataclysm—the October Revolution. (Because the October Revolution happened before the calendar change, the Soviet Union later marked it in November!) Since Church and State were firmly, you might say brutally separated by the Bolsheviks, the Church had its own choice. The Orthodox faithful did not accept that calendar for Church use, and although Patriarch Tikhon was tempted after seeing Greece’s move, he listened to the voice of the people and the Julian Calendar remains in use today in the Russian Orthodox Church.

Churches on the Julian calendar celebrate the New Year (January 14 according to the new style) with the feast of the Circumcision of the Lord and the commemoration of St. Basil the Great. How quiet and peaceful it is on this day, the riotous New Year excesses of the outside world over and done with. We are still enjoying the fast-free period between Christmas and the Theophany, and the festive spirit lives on. In church is served the beautiful, majestic Liturgy of St. Basil, and the faithful give thanks to this great hierarch and theologian of the Church for his immortal contribution.

On January 1, 2014 according to the civil calendar, Patriarch Kirill of Moscow and All Russia gave a homily beseeching us to begin the coming year in godliness. Let us read this portion of it, remembering that we live Anno Domini, and every New Year is the year of the Lord. 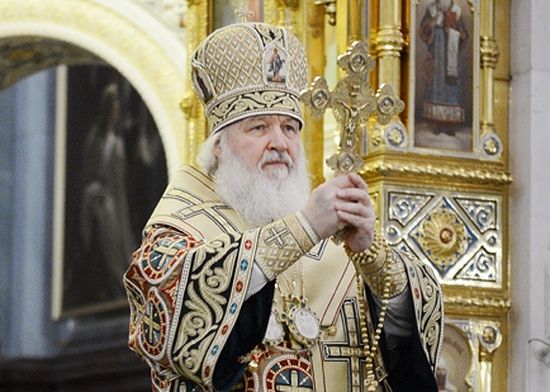 His Holiness Patriarch Kirill of Moscow and All Russia.

Before us is an unknown future. Scientists try to ignore the development of events, futurologists describe a distant future, but no one really knows what it will be like, because our Lord is the Lord of history. This historical process is in His hands, and each one of us is a participant.

We know surely that where there is God, there is life. We know surely that where God is not, there is death. Therefore, in order to have hope in the future, we must rely first of all upon Divine Law, which is higher than all human laws. We must submit human laws to this moral Divine Law and live in accordance with it, transforming our minds and hearts. Then we will have clear, peaceful, and successful prospects in life; for where there is God, there is love, peace, long-suffering, mercy, and the best human sentiments. So that these sentiments would become our sentiments, we must bow our heads before God’s greatness and receive His will and His Law in simplicity of heart. 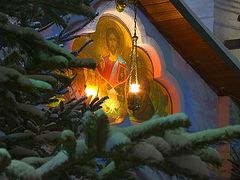 The Acceptable Year of the Lord
Fr Georges Massouh

The Acceptable Year of the Lord
Fr. Georges Massouh
Christianity, then, is not like some people mistakenly think, a mere "spiritual" message that does not concern the affairs of people and the world. It is a call to make our present world into a better world, a world governed by divine values, first among them love, mercy, peace and justice. 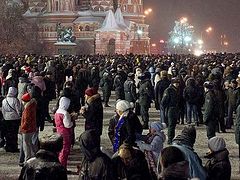 The Test of the New Year
Lydia Konstantinovna Pavlova

The Test of the New Year
Lydia Konstantinovna Pavlova
How can we greet these festive days with dignity, as an Orthodox Christian should? Our inner state should be love and gratefulness. We should be thankful to the Lord that we have lived through yet another year; thank God with hope that the next year would bring us joy, hope, and love. 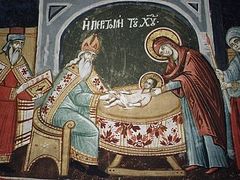 Homily on the Day of the Circumcision of the Lord and Commemoration of St. Basil the Great
Hieromartyr Thaddeus (Uspensky)

Homily on the Day of the Circumcision of the Lord and Commemoration of St. Basil the Great
Hieromartyr Thaddeus (Uspensky)
“The Lord of all endures circumcision, and He circumcises man’s sins, for He is good.” This is the meaning of today’s Church feast. The Circumcision was established by God and commanded through Abraham to all the chosen people of the Jews. It was a sign of entering into the Covenant with God, the seal of the promise to be always in Obedience to Him from childhood, to be faithful to Him unto the shedding of blood. 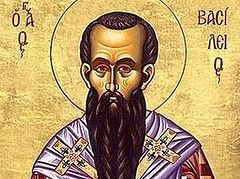 St. Basil the Great
Celebrated January 1st (January 14th)
In many Greek homes, a special cake is baked on the eve of St. Basil's Day (January 1st) with a gold or silver coin hidden inside. In the evening, just before midnight strikes and the new [calendar] year begins, all the lights are turned off for a minute to signify the dawning of a New Year. The family gaily exchanges wishes for "A Happy New Year!" and the cake is cut: one slice for St. Basil, one for each family member, one for each of the pets, and then the largest slice of all is cut for the poor people of the world. In one of these slices is hidden the coin, which brings blessings to its recipient throughout the year.
Comments
×