Sermon for the Sunday after Theophany 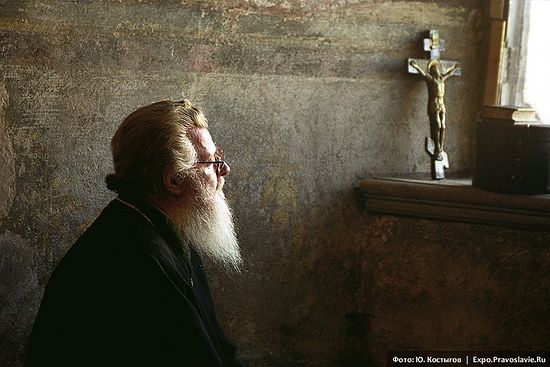 With these profound and holy words, the incarnate Word began His preaching to fallen mankind. Outwardly, such simple teaching! But one must understand it with his very life: then these short and simple words which are contained in all of the Gospel will be revealed. Just as the holy Apostle Paul, when preaching the Gospel, which he did throughout almost all the known world, said that he testified “both to the Jews, and also to the Greeks, repentance toward God, and faith toward our Lord Jesus Christ” (Acts 20:21).

All of this is clearly set forth in the Holy Scripture. Holy Scripture teaches us that “God sent His Son into the world … that the world through Him might be saved,” that “he that believeth on Him is not condemned; but he that believeth not is condemned already,.“ “That light (Christ) is come into the world, and men loved darkness rather than light, because their deeds were evil. For every one that doeth evil hateth the light, neither cometh to the light, lest his deeds should be reproved.” (John 3: 17-20) To those afflicted by the passion of vainglory the Scripture witnesses: “How can ye believe, which receive honour one of another, and seek not the honour that cometh from God only?”(John 5:44). Those bound by the passion of greed did not only not believe the Lord, but they even derided Him when He preached to them the important and most holy teaching concerning the remembrance of eternity, and the arranging of earthly matters in accordance to the immortality appointed for man. (Luke 16: 14) Those attracted to the evil passion of envy did not only not believe in the Lord, but they also conspired to kill Him, and they accomplished this. All those infected with vain and sinful vices, according to the unerring testimony of the Gospel, are cut of from participating in the spiritual wedding of the Son of God, making themselves unworthy of blessed union with Him (Matt. 22:5). “You can not serve God and Mammon!” (Luke 16:14); you cannot serve two masters, God and sin! “Repent: for the Kingdom of Heaven is at hand! Repent, and believe in the Gospel (Mark 1:15).

However, one who has believed in Christ, and has decided to continually prove his faith, by his actions, is also in need of repentance. What do you think, brethren; what is the first fruit of living faith? What is the first fruit of fulfilling the commandments of Christ? I will give you the answer of St. Simeon the New Theologian, who acquired his knowledge of truth through his holy experience. He said: “The careful fulfillment of the commandments of Christ teaches a man his own infirmities.” Exactly! As soon as one who believes in Christ begins to fulfill the all-holy commandments of the Gospel, or also, to perform the works of renewed nature, his fallen nature is instantly revealed to him, which had been hidden from sight until then, and it enters into a sustained battle with the Gospel. The life of one who struggles for Christ is filled with unseen falls. He involuntarily confesses with the Apostle: ”For I delight in the law of God after the inward man: But I see another law in my members, warring against the law of my mind, and bringing me into captivity to the law of sin which is in my members. O wretched man that I am!” (Acts 7: 22-24). From such an observation of oneself, blessed poverty of spirit is engendered within a Christian, rational, spiritual mourning appears, and a broken and humble heart is established, which God will not destroy (Ps. 50: 20). In living according to the Gospel, there appears in a man, as if naturally, the repentance commanded by the Gospel. Therefore, repentance is necessary not only in order to believe in Christ; it is necessary in order to have a living faith in Christ. “Repent for the Kingdom of Heaven is at hand.”

There remains to be explained: why is there such a close connection between the words of the Lord calling us to repent, and the announcing of the nearness of the Kingdom of heaven? Why is there not presented between them a kind of intermediate struggle, an intermediate condition? The reason is that our Lord Jesus Christ is “the Lamb of God which taketh away the sin of the world” (John 1:29) --- He has accomplished everything for our salvation. He has reconciled us with God; He has prepared and acquired for us the Heavenly Kingdom. We, mankind, have been presented with one work in the matter of our salvation: the work of accepting salvation, given to us by God free and complete, the work of repentance. The Heavenly Kingdom and the Heavenly King are ineffably close to us --- incomparably closer than we imagine. “Behold, I stand at the door” of the heart of man, exclaims this King, and I knock at it with My all-holy and almighty Word: “if any man hear My voice, and open the door, I will come in to him, and will sup with him, and he with Me (Rev. 3:20). The opening of the doors of the heart to the Heavenly King is accomplished—with repentance. “Repent for the Kingdom of Heaven is at hand.” The Basics of Spiritual Life, Based on the Writings of St. Ignatius (Brianchaninov)
Alexei Ilyich Osipov

The Basics of Spiritual Life, Based on the Writings of St. Ignatius (Brianchaninov)
Part I
Alexei Ilyich Osipov
On the other hand, a correct spiritual life is unthinkable without patristic guidance. Before this seemingly insurmountable impasse, we can see the full significance of the spiritual inheritance of those fathers, most of whom are closer to us in time, who “restated” this earlier patristic experience of spiritual life in a language more accessible to a modern man little acquainted with this life, who usually has neither a capable guide nor sufficient strength. The works of Saint Ignatius Brianchaninov are among the best of these “restatements,” which provide an impeccably reliable “key” to understanding the teachings of great laborers in the science of sciences—the ascetics. An Amazing Story of Betrayal and Repentance
Nun Magdalena (Nekrasova)

An Amazing Story of Betrayal and Repentance
Nun Magdalena (Nekrasova)
I had already left the house when I met Bishop Mstislav at the door. He was head of the Vologda diocese at the time. When he heard that I had come home for two days he began to forcefully persuade me to go the Central House of Culture, where that evening one anti-religious activist was supposed to be giving a talk. This was the former priest, Chertkov. I had no desire whatsoever to go there, especially since my spiritual father had advised me never to listen to or read all that anti-religious nonsense, which only sullies the soul. But the more I resisted the more decisively the bishop insisted that at least one of us needs to hear one of these presentations and know what methods they are using. Finally, I had to submit. Instructions to Nuns. On Repentance
St. Ignatius Brianchianinov
Repentance, according to the teaching of the Holy Church, is the restoration of Baptism, the second grace, cleansing of the consience, the promise to God of a new life, making peace with God by means of good works that are the opposite of sinful falls. Of him who does not approach the saving Sacrament of [confession] do we hear the terrible words of God: Except ye repent, ye shall all ... perish (Lk. 13:3). Champion of the Arena—Bishop Ignatius Brianchaninov
Archpriest Nicholas Deputatov
That piety so characteristic of all levels of society in Holy Russia. was rapidly evaporating from the 19th century high society intelligentsia when God raised up from its very midst a true ascetic and Church writer, Bishop Ignatius Brianchaninov. In him was combined a rare eloquence of style and a profound understanding of the Christian life of struggle through which he was able to inspire many souls, blinded by Western "enlightened" ideas, to return to the saving enclosure of the Church. Many Confess, But Few Repent
Monk Moses of the Holy Mountain

Many Confess, But Few Repent
Monk Moses of the Holy Mountain
Repentance is a freely-willed, internally cultivated process of contrition and sorrow for having distanced ourselves from God through sin. True repentance has nothing to do with intolerable pain, excessive sorrow and relentless guilty feelings. That would not be sincere repentance, but a secret egotism, a feeling of our “ego” being trampled on; an anger that is directed at our self, which then wreaks revenge because it is exposing itself and is put to shame—a thing that it cannot tolerate.
Comments
×