The Serbian Orthodox Church (SPC) in Kosovo-Metohija remains the mainstay of Serbian identity, although it is difficult to speak of normal church life with two thirds of SPC believers from the province still in exile, Bishop Teodosije of Raska-Prizren and Kosovo-Metohija has said. 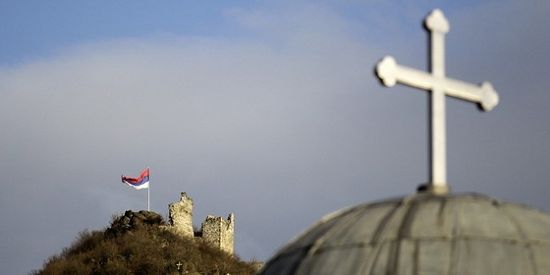 “Thanks to God, our holy sites are as safe as they can be at this moment, and we will do everything to ensure their long-term survival,” Bishop Teodosije told the Christmas issue of Vecernje novosti.

The protection of our holy sites, provided by Kfor, has been of great significance in the post-war period, as it would have been very difficult to preserve them otherwise, he said.

“Although the protection now provided by the Kosovo police cannot be compared to that provided by Kfor in the past, there have been no major incidents so far, so even this solution is better than having no protection at all,” Teodosije said.

Kfor is still securing the Visoki Decani monastery, which has been the target of four armed attacks by ethnic Albanian extremists, Bishop Teodosije said, adding that local ethnic Albanians staged protests outside the monastery just days ago.

Recalling that ethnic Albanian terrorists in Kosovo-Metohija have destroyed around 150 temples and monasteries, he said that, even after such violent acts, no one can diminish the significance of the Serbian spiritual and cultural heritage in Kosovo-Metohija.

Our monasteries are not merely monuments, they are living communities of monks in whose liturgical life the Kosovo Serbs are participating, Bishop Teodosije said.

Today there is no one in the international community who does not see the contribution our church has made to spirituality and culture, and any attempt of violence against our holy sites would also be detrimental to Kosovo’s ethnic Albanians themselves, Bishop Teodosije said.

“I can say, with great gratitude to God, that we have revived some empty parishes. I would particularly like to mention Pristina, Vucitrn, Urosevac, Pec, Istok, Djakovica and, of course, Prizren, where much has been done recently on reconstructing damaged frescoes in the Church of Our Lady of Ljevis,” he said.

Bishop Teodosije described as very promising the revival of the school of theology in Prizren, which currently has 37 students and eight lecturers, adding that two other schools of the Serbian Orthodox Church are expected to be revived in 2014. Serbian patriarch visits Albania, nationalists protest
Leaders of Orthodox Christian churches - including a delegation of the Serbian Orthodox Church (SPC) headed by Patriarch Irinej - were in Albania on Sunday. Theophany in Serbia
Photo Report
Natalia Batraeva
In Serbia the Theophany is also beloved feast day. As in other Orthodox countries, Southern Slavs have their own traditions that may seem extraordinary to those in northern climes..

Serbs In KiM Are Not Forgotten – SPC Patriarch Irinej
Patriarch of the Serbian Orthodox Church (SPC) Irinej addressed his traditional Christmas epistle to Orthodox believers in Serbia who celebrate the holiday according to the Julian calendar, with special emphasis on the position of Serbs in Kosovo-Metohija (KiM) where suffering and injustice persist.
×