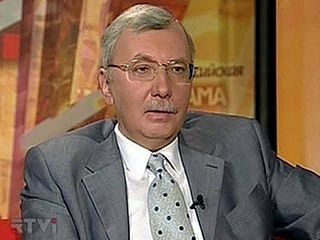 Renowned Russian political scientist Vitaly Tretyakov believes Russia is not able to survive without the Church.

The political scientist confesses that he is not a believer, but at the same time he considers himself "a conscious citizen not only of Russia, but of the Russian Orthodox civilization, which certainly exists and certainly is a foundation of the Russian statehood."

"In this sense, today I believe Vladimir Putin as the head of the Russian state and Patriarch Kirill as the leader of the Russian Orthodox Church are of the same importance. I try to back them up in their rational work for the welfare of Russia and I criticize them for what I believe to be their faults and mistakes," the author writes.

According to him, today when the Russian culture decays, when "the Russian language is violently damaged" the Church preserves this language as well as it maintains "fruitful for our dying country institute of family, tradition of reward for justice."

"From those, whom the history, destiny, God's will, or even an intrigue, lifted up to the top of secular and political power, we can put only two or three people alongside with him (with Patriarch Kirill - IF). Even in such simple affair as ability clearly and beautifully, without confusing words and notions, loudly and publicly - addressing people, not at the couloirs and secret cabinet dinners, speak about the most important, about the things that matter for Russia and Russian people," Tretyakov writes.

He urges not to disturb the Russian Church pointing out that Patriarch Kirill "perhaps, almost alone will have to save Christian Europe from falling from the top of the world civilization." Russia asks: What good is a street that does not lead to a church?
A recent article by William S. Lind in American Conservative points out the obvious: Vladimir Putin's Russia is now the world's foremost defender of conservatism, having replaced in that role the United States that once seemed to protect and defend traditional values everywhere. V. Putin: "Today society is expected to consider good and evil equal"
In his address Vladimir Putin has particularly stressed that Russia will continue to defend traditional values:
×