"You Know Where to Go!" St. Xenia of Petersburg comes to Oakland 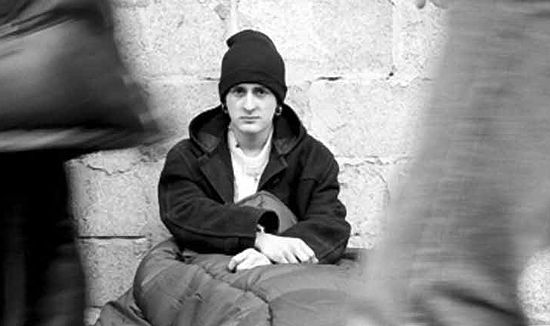 About fifteen years ago, I heard this story about an event that took place in Northern California—an unusual story, about a miracle of St. Xenia of Petersburg. Nun Nina, now Abbess Nina of St. Nilus Skete in Alaska, had heard it from Fr. Weldon Hardenbrook, who at the time was the rector of a church in Santa Cruz County. I wrote it down immediately, but unfortunately the notebook I wrote it in is located somewhere far away from me now, and I am writing it again from memory—so that people might know that Blessed Xenia the fool-for-Christ of St. Petersburg helps people everywhere, even people who previously knew nothing about her. She helps not only those who have prayed to her, but even those who will pray to her.

This priest, Fr. Weldon, served in a parish that consisted of former Evangelical Christians who had embraced Orthodox Christianity. There was a time when their flourishing community was not Orthodox, and all kinds of people came to them to hear their Christian message. One day, a young man rode up to the church on his Harley Davidson. His appearance betrayed the life of a prodigal, but he was sincerely interested in hearing about Jesus. A relationship formed with the Fr Weldon, now an Orthodox priest (who told this story), and the young man began to gradually change his ways. He had given up one vice after another when the pastor told him that his “biking” would have to go if he wanted to truly follow Christ. This was too much for the newly-born Evangelical to bear, and he left the community and his pastor’s care, never intending to return.

Our biker rode off on his Harley Davidson, and soon had a terrible accident, which cost him his legs. Eventually he landed back in the company of his old “friends”, in a run-down apartment in a low-rent neighborhood in the bad part of a crime-ridden city. One evening, as he and his companions were abusing drugs and alcohol in a particularly vigorous way, he slipped over the edge and lost consciousness. The others were also far from sober and took him for dead. Not understanding clearly what they should do, and as usual avoiding all contact with the police, they simply dragged his limp, legless body to the street and threw him into the nearest garbage dumpster. In there, the next morning, he came to his senses. It was a rude awaking indeed to find himself in a dumpster, wallowing in refuse. Climbing dazedly out of that would-be coffin, he sat down on the curb, thinking the darkest thoughts. “So, this is what I have come to. Useless, human trash. Thrown away like garbage.”

Sunk in these pessimistic thoughts, he was suddenly stirred by the presence of an old lady in tattered clothes—what people call a “bag lady”. She was coming closer to him with a fierce, accusatory expression. “You know where to go,” she said, pointing at him. “So, go there!” At that moment the man remembered his former pastor, and the church where he had almost reformed. Determined to find it again, he made his way back to the town where it is located.

When he returned to that church it was different. There were gold domes with crosses on the roof, and the interior was completely changed. No pews; and there was a sort of screen at the front, with strange images of holy people. He looked around in wonder, when his gaze caught the image of a woman—the very “bag lady” who had told him where to go in that hour of dire depression. It was Holy Blessed Xenia, the fool-for-Christ of Petersburg.

He met his old friend, now an Orthodox priest in a cassock, wearing a cross. He received holy Baptism himself, and began to live the life of a dedicated parishioner, this time truly transformed.

I do not know what has come of this man since. I have no reason to believe that he is anywhere other than at that parish, but as I have said, this story was related to me fifteen years ago. However, the fact remains that this miracle of St. Xenia happened to person who knew nothing of her, who lived in a place very far from Russia, and when he needed it the most. St. Xenia’s Faithfulness to God
Roman Savchuk
In the image of St. Xenia everyone can find something familiar and close. It seems that there are no barriers between the saint and the soul of any person—no misunderstandings, or difference of opinions. Just say a word, awaken a feeling in the heart, and you will immediately be heard, understood, consoled…

The Life of St. Xenia of Petersburg
January 24/February 26
Having come to know the inconstancy of earthly happiness through the death of her beloved husband, Xenia strove toward God with all her heart, and sought protection and comfort only in Him. Earthly, transitory goods ceased to have any value for her. Xenia had a house; but gave it over to an acquaintance under the condition that it be used to shelter paupers. But Xenia herself, not having a refuge, would wander among the paupers of Petersburg. At night she would go out to a field, where she spent the time in ardent prayer.
Comments

Presvytera Olga Karcher2/8/2014 10:05 pm
Glory to God. (On a much lesser note, there is a correction: Fr.Weldon's Christian name is Fr.John)

Wendy Babiak2/7/2014 12:17 am
This brought tears to my eyes. Thank you so much for sharing. Glory to Jesus Christ! And thank God for the community of saints, and especially most blessed Xenia.
×