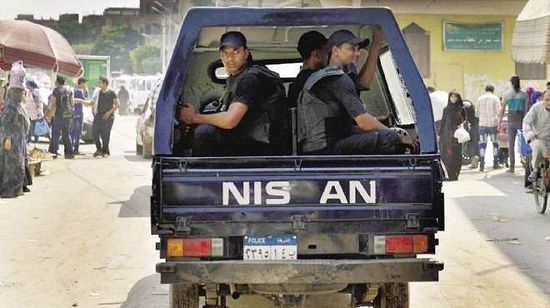 The security service of Egypt succeeded in freeing a Christian girl who had been kidnapped by a terrorist group, reports Linga with reference to its own source in the department.

On February 2, head of the security service of muhafazah (one of the governorates of Egypt) Kena Muhammad Kamal received a report from a police department about the kidnapping of a young woman named Esther Kaddis, who lived in the village of Bahjura, Nag Hammadi.

The Christian woman was abducted on the road, leading towards the village church, where she was going on Sunday.

A task force was formed at once, and after a brief search, the location of the girl and her kidnappers was found. At the present time, E. Kaddis is alive; she is staying at the Nag Hammadi police headquarters and is providing evidence. On their part, respective departments filed a petition to the public prosecutor's office regarding the institution of a criminal case (article: "kidnapping of people").

Egypt: Fears Replace Christians' High Expectations
There is no sign of the hundreds of thousands of Christian pilgrims who flock here every November. The only noise disturbing the quiet of the Monastery of Mar Girgis these days is the call for prayers blaring from the nearby mosque. Joint Orthodox-Catholic statement on violence against Christians in Middle East
The North American Orthodox Catholic Theological Consultation has issued a joint statement entitled “The Plight of Churches in the Middle East – Revisited.”
×