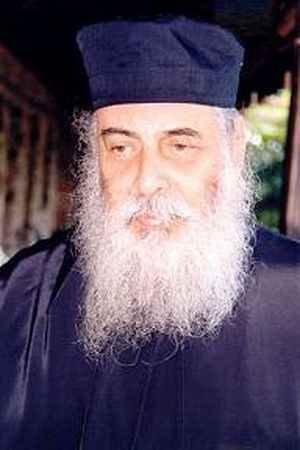 Abbot of the Athonite Grigoriou Monastery Archimandrite George Kapsanis has handed in his resignation as abbot to the assembly of brethren (Gerontia) of the monastery.

According to Romfea.gr, the abbot had earlier expressed his desire to retire for reasons that are still unknown. According to information on AgionOros.ru, the reason for such a step was his present state of health.

The election of the new abbot is to take place on Thursday, February 20.

Archimandrite George Kapsanis is a well-known contemporary Greek theologian and church figure. The following books by Fr. George are known to Russian readers: Pastoral Ministry According to the Holy Canons (M.: Svyataya Gora, 2006), and, God Became Man so that Man Might Become a God: Divinization as a Purpose of Human Life, Orthodoxy and Papism, Orthodoxy and Humanism (Moscow: DAR, 2008). Abbot of the Romanian Skete, Mt. Athos, Reposes in the Lord
Hieroschemamonk Petroniu

Abbot of the Romanian Skete, Mt. Athos, Reposes in the Lord
Maxim Klimenko
On February 22, 2011, Hieroschemamonk Petroniu (T&#259;nase) reposed in the Lord. He was the abbot of the Romanian Podromu Skete (dedicated to the Nativity of St. John the Baptist) on the Holy Mountain of Athos. The blessed elder was a great spiritual authority not only on Mt. Athos, but also throughout Greece and in his native Romania.
×