On February 21, 2014, an online newspaper, the Burbank Leader, published an article on the new child euthanasia laws in Belgium under their “In Theory” rubric, presenting the views of an assortment of religious/philosophical leaders: 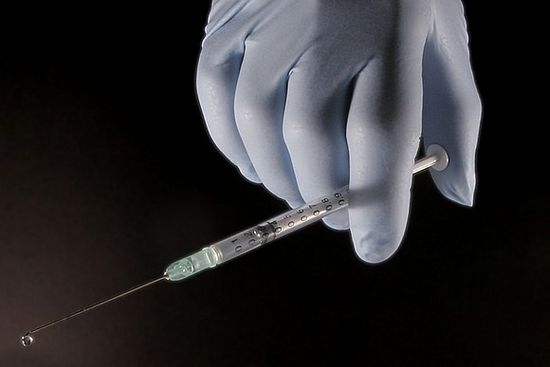 “The small European country of Belgium is in the news after its parliament voted to remove age restrictions from the country's euthanasia laws. If King Philippe signs the bill into law, it means children will be eligible for euthanasia.

“Belgium has allowed euthanasia since 2002. One of the provisions in the law is that it only applies to those in "constant and unbearable physical or mental suffering that cannot be alleviated."

“The removal of age restrictions does mean more safeguards, including that the child is judged able to understand what euthanasia means. Consent of parents or guardians must also be given as well as the approval of three doctors.”

The Orthodox Church does not support euthanasia at all, and this elemental repugnance for practicing it on children was articulately expressed here by other religious leaders as well. Although views on the Leader’s page were both for and against euthanasia in general, the euthanasia of children causes more wavering, just as euthanasia of any human would have done before the onset of its mainstreaming.

The “slippery slope” argument against euthanasia is being proved right before our eyes in Belgium. As one pastor put it, “Proponents argue that it would affect only a small number of terminally ill children. True. And removing only a small number of stones from a dam causes later devastation to everyone living below it.” Even the one atheist response—predictably in support of this legislature—noted that, “One Belgium pediatrician who supports the new law told CNN that ‘in practice it would make little difference,’ because doctors there already end the lives of those whose suffering cannot be relieved, but ‘in the dark’ [our emphasis.—OC] because it is currently illegal.”

The Leader asks its readers (based mainly in the Los Angeles, California area):

Q: What's your take on this move by Belgium?

It's sickening and saddening. Proponents argue that it would affect only a small number of terminally ill children. True. And removing only a small number of stones from a dam causes later devastation to everyone living below it. Belgium has allowed the killing of children in the womb, now, it's later after birth. How far is it really to go from allowing the terminally ill to die to telling them that they must? Not very, if they continue to devalue human life.

How ironic it is that this same week the world is strongly condemning North Korea for forcing women in prison camps to kill ("euthanize" or "terminate") their newborn children yet we sit inactive and say nothing about Belgium's proposed atrocity against them. Honestly, I can't tell which of the two policies is more demonic. I'm tempted to think the latter.

This week 160 Belgian pediatricians signed an open letter arguing that there was no need for the law because medicine is capable of relieving the worst suffering of terminally ill children. In light of this how could anyone in their right mind think that the "humane" option is instead to kill them?

When Jesus Christ was faced with illness and suffering it was never His choice to "euthanize." He always healed, helped and comforted. Jesus didn't even make the repentant thief crucified next to him die sooner when he knew the man would continue suffering. If we accept the concept of "mercy killing" why not accept the concepts of mercy stealing, mercy adultery, mercy bombings and mercy torture? They're all ridiculous concepts.

Through Moses God told the nation of Israel: "I call heaven and earth to witness against you today, that I have set before you life and death, the blessing and the curse. So choose life in order that you may live, you and your descendants…" That still seems like the best policy to me.

The LDS church views life as a sacred gift from God and, therefore, is opposed to euthanasia, defined as "deliberately putting to death a person who is suffering from an incurable condition or disease." Assisted suicide also is considered a violation of God's laws.

Belgian lawmakers' decision to remove age restrictions on its law permitting euthanasia is especially troubling for several reasons. A group of 160 pediatricians have signed a letter saying there is no demand for this change, and that medicine can alleviate the worst suffering.

The only voice I found from those close to the age that the new law addresses was a teenage girl, recently turned 18, who was incapacitated by Huntington's disease. Barely able to speak, she whispered her view that euthanasia is "not good."

I don't view lightly the emotional strain of watching a loved one suffer. My father died slowly, and painfully, of cancer. It was his second battle with the disease and it lasted for nearly a year. To watch one of my children die in similar fashion would be immeasurably more difficult.

However, I also embrace the LDS church's view that life is sacred. I believe, based on conversations that I had with him, that my father found value in his final days, even though they were extremely difficult. Neither he nor my family could foresee the good things, faith-strengthening events, that transpired. But they did. I believe that this is why we are admonished not to end life prematurely. This also is why we should not place this choice in the hands of children.

I've heard that in countries where euthanasia is practiced, e.g., Belgium, that involuntary euthanasia eventually evolves, and consent or no consent, death comes at the determination of those in medical charge. Any time man decides that life and death are in his own hands, life gets devalued. We pity those who suffer terrible disability or who experience the wasting of their bodies, and we recognize that it may be an arduous existence, but killing them, or asking children if they'd like to be killed (instead of doing everything in our power to neutralize their suffering in life) is a tragic direction for civilization.

With today's superior medications, we can cut into bodies, removing tumors and such, and patients feel nothing. Are we incapable of doing likewise for waking patients that endure sharp pains of other sorts? I understand that we have such technology; let's go that direction.

Killing people is not something amoral [sic.]. Life is given by God and should not be taken by us, especially since this is the only time to live this life. Once gone, it's gone. I know atheists deny the existence of heaven and hell, so they don't worry that decisions to euthanize, especially out of concern for "quality of life," will make any ultimate difference. Such thinking is, in fact, religious thinking, because it postulates a spiritual position that the hereafter has no repercussions, when there just might be. I believe there are because one who was crucified to death and rose again alive has proven their reality. Besides, if atheists believe nothing exists after death, why prematurely end the only life one has? Christians may err on the side of sending people to Jesus early, but again, this isn't man's prerogative, and if there's God, then consider the ramifications of killing sick people and perhaps sending them to a worse condition in the afterlife apart from him. So, killing kids? I vote "no."

For years ethicists have debated the moral rectitude of withholding "heroic measures" from terminally ill patients. The common consensus is that there are some situations in which withholding "heroic measures" is morally allowable. However, this must be understood to be in a different category than the euthanasia, or "mercy killing," that Belgium allows. Euthanasia is not withholding treatment, but actively killing a person in order to end their suffering. Euthanasia is not morally allowable.

I sympathize greatly with those who have family members (young or old) who have terminal conditions and are enduring acute suffering. The pain, for both the patient and the family, is great and the decisions are difficult. However, our consciences must be informed by the Word of God. Suffering is not the ultimate evil. In fact, some degree of suffering is all but guaranteed. And the Bible encourages us that enduring suffering with patience and faith is one way we glorify Jesus (1 Peter 4:12-13). If you are suffering through these things now, Jesus is able to sympathize with you. He knows what it is to suffer physically, emotionally, and spiritually and to endure a cruel death. He also knows what it is to have hope in the midst of death, and to overcome the grave. He can redeem your suffering and turn it to life, rather than death. Do no harm?: Medical journals show increasing support for euthanasia
Primum non nocere. First do no harm. This edict has been part of medical ethics since the time of the ancient Greek physician, Hippocrates, in the fifth century B.C. It is found in the Hippocratic Corpus, a collection of medical writing attributed to Hippocrates. The original Hippocratic oath includes: I will apply dietetic measures for the benefit of the sick according to my ability and judgment; I will keep them from harm and injustice.