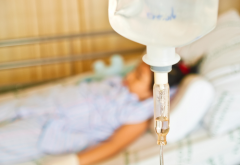 The Belgian Parliament passed a change to their euthanasia laws on the 14th of February making euthanasia available to minors – children. One commentator incorrectly – but nonetheless poignantly called it a ‘Valentine’s Day Massacre’. Most, however, questioned the ability of minors to make such grave decisions and/or the problems with euthanasia in general, of which child euthanasia is a savage symptom.

Listed against the proposal were a group of some 200 Belgian paediatricians, a group from within the Assembly of the Council of Europe and the International Children’s Palliative Care Network (ICPCN) who issued a declaration from their international conference in Mumbai in the days preceding the vote. The ICPCN were clear: euthanasia is not part of palliative care and is not an alternative to palliative care.

While our thoughts go out to our Belgian colleagues and friends who fought valiantly against this latest bill, other Belgians, like Bart Sturtewagen, the Chief Editor of De Standaard newspaper – one of Belgium’s largest daily newspapers - seemed more than a little angry at the international attention.

“I’m annoyed at hearing ‘you’ll kill children’ in the foreign media. We don’t use that kind of language anymore. It’s a very different debate on a different level,” he said. Sturtewagen was responding to comments such as this one from U.S. publishing executive Steve Forbes who wrote in an opinion piece last month: "We are on the malignantly slippery slope to becoming a society like that envisioned by Nazi Germany, one in which 'undesirables' are disposed of like used tissue."

And it was the subtle and not-so subtle references elsewhere to the Nazi regime and the pre-war death program for those considered by the regime to be ‘unworthy of life’ that must have rancoured. The group statement from members of the Assembly of the Council for Europe made such an allusion when they said that child euthanasia, “promotes the unacceptable belief that a life can be unworthy of life which challenges the very basis of civilised society.” (Emphasis added)

Sturtewagen also told the Reuters network that after 12 years of legal euthanasia in the country, Belgians had grown used to it as an option for the final stages of their lives.

Australian academics, White and Wilmott, noted pro-euthanasia & assisted suicide authors, tried to dismiss the Belgian news in an article on The Conversation website: “Belgium is literally on the other side of the world in terms of this issue, due in part to a different culture and history in this field.”

All cultures vary by degrees, but one would have thought that the Nazi experience of last century would have informed Belgian culture a great deal – even 60 plus years on. But what is more to the point, and where the difference really lies, is the 12 years’ experience in killing people, as Sturtewagen observed.

Other pro-euthanasia commentators have been less defensive – but most have been utterly silent. Sean Davidson of the pro-euthanasia group Dignity South Africa made the only comments I can find in the Anglophone world from pro-euthanasia groups actually condemning the move. (Davidson was tried and found guilty in 2011 of assisting his mother to die in New Zealand.) He told the Volksblad newspaper: (Google translation from Afrikaans)

"I can understand why the Belgian legislature's responsiveness to this decision was motivated, but it is hard to believe that a child is able to make an informed decision about his or her life, while there are adults with those difficulty understanding. It often happens that an adult decision to his or her life to end when they are terminally ill, but their lives and clinging to the end unable to deal with the decision to push through it.

"How can it be expected that a young child such a decision?"

But he also told Volksblad that “Adults do not even always understand the concept of euthanasia.” This is something of an admission that even euthanasia for adults includes indelible risks. No, it really can’t be made safe, no matter what the so-called safeguards.

And that, in a nutshell, is the dilemma faced by pro-euthanasia groups across the globe at the moment about what to do about Belgium. A recent search of pro-euthanasia websites in the UK, Australia, the USA and Canada has uncovered no commentary whatsoever on child euthanasia. Philip Nitschke made a few remarks both before and after the vote, while one other pro-euthanasia advocate pretty much said that it was up to Belgium (which is no comment at all really). An Australian-based email alert did comment, however, that, “Predictably the opponents of VE (sic) were outraged at this development in Belgium.”

I questioned in an earlier article whether or not this silence can be taken as consent. I'm not totally convinced either way. However, I think we can legitimately question this general silence because, just as some pro-euthanasia groups actively distance themselves from the work of Exit International, it would have been entirely appropriate, laudable and true to their objectives had the pro-euthanasia lobby stood side-by-side with us against Belgium killing children.

Their problem: Do they condemn the Belgian move because their focus is somewhere at the end of life only (and certainly for adults) or do they let their silence tell another story? The connection between this latest move in Belgium and the notion of the ‘slippery slope’ - the seemingly preferred term of the media - is inescapable. White and Wilmott would seem to agree; if not, then their strained attempt at rebutting the phenomenon seems worthless.

No doubt each group will continue to pursue their own stated aims, regardless, in the hope that this latest in a long line of critical condemnations of the perils of changing that law will eventually die down. Even so, that changes nothing.

Phillip Nitschke recently told 4ZZZ radio in Brisbane that he expects that Australia will eventually legislate for euthanasia. Such a law, he said, would be "very, very conservative," adding, "certainly in the first steps, stages…" It is this idea of the ‘first step’ that focuses pro-euthanasia groups towards a limited initial goal because, as Nitschke alludes to in his comment, for legislation to pass in the first instance it would need to be a small step only.

It is also this ‘first step,’ and admissions by a number of euthanasia supporters over the years that this is what they are seeking, that also points to the reality that extension of the law, by amendment and/or by re-interpretation or ignoring the statute, is an inevitability once the door has been prized open. In one Australian debate the MP proposing the bill told the pro-euthanasia local group that, while his bill wouldn’t please everybody, it was nonetheless a ‘good start’. Once killing is allowed for some, any barriers to extension – even to children, will eventually fall away to nothing behind the false rhetoric of compassion.

But there are those outside of Belgium and The Netherlands who understand the reality that what is created as a ‘right’ for some will ultimately be demanded as a ‘right’ by others. Lesley Martin, a veteran pro-euthanasia advocate from New Zealand, recently made that point on 3 News NZ.

Martin argued that doctors killing children is already happening and therefore needs to be regulated, something that palliative care experts deny. (Like Davidson, Martin was convicted in relation to the death of her mother in 1999.) While Martin’s comments, echoing the ‘rights’ dilemma about incremental extension of euthanasia are accurate and honest, they amount to an ‘own goal’ for the pro-euthanasia push in New Zealand that is expected to resume after the general election later this year.

Hopefully the recent comments by Yves Robert, secretary of Quebec’s College of Physicians, will also echo a word of warning to the Quebec Parliament as they approach debate on Bill 52, which will allow euthanasia in the province. LifeSiteNews reports that Robert told The National Post:

“As Quebecers become accustomed to doctors administering lethal injections to dying patients, the questions will not be about who is receiving euthanasia but who is being denied it”.

“We will have to think about that, not only for [incapable] adults but obviously for youngsters who face terminal diseases,” he said.

“(The Quebec Government’s) intention from the beginning was to include children and people with dementia. … This is not new. The Quebec Human Rights Commission thought that not allowing children to have euthanasia was a form of discrimination.”

He compared the situation in Quebec to Belgium, “It took them ten years to add children, but in fact … they needed to add that because they were already doing it to children. The law was being ignored. It was already being abused, and doctors wanted cover for it.”

Where to the pro-euthanasia movement, now? As always they will continue to press their cause. Some, possibly, will modify their rhetoric even further to try to create a distance between their objectives and the Belgian and Dutch experience. Others will likely try to ignore it.

The trouble is, like it or no, there are inescapable realities here that ultimately must be accounted for. Do no harm?: Medical journals show increasing support for euthanasia
Primum non nocere. First do no harm. This edict has been part of medical ethics since the time of the ancient Greek physician, Hippocrates, in the fifth century B.C. It is found in the Hippocratic Corpus, a collection of medical writing attributed to Hippocrates. The original Hippocratic oath includes: I will apply dietetic measures for the benefit of the sick according to my ability and judgment; I will keep them from harm and injustice.
Comments
×