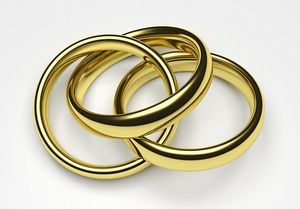 Author and journalist William Tucker believes that polygamy is a dangerous social structure at the center of violence and strife in contemporary Islamic cultures — one of the many themes he covers in his new book “Marriage and Civilization: How Monogamy Made Us Human.”

According to NPR, Islamic polygamy is “freely practiced” in some parts of the world and even “quietly” in the United States.

Tucker argues that polygamy has posed serious dangers to social progress both historically and in contemporary cultures and that monogamy, to the contrary, has “enabled humans to build modern civilization.”

He recently told TheBlaze that when a man takes multiple wives and this practice is infused into the general culture, the result is almost always anxiety, violence and an “inherently unstable society.”

Tucker said that polygamy leads to a population of unsuccessful detached men who are generally low-income and low-status.

“They become a very disrupted force in any society,” he said. “I looked at tribal cultures that practice polygamy and those tribal cultures are always at war with their neighbors … they want more women. When you allow polygamy there’s never enough women.”

The author believes that these “unattached men” generally engage in violence as a result of their inability to find a mate.

“Always in Islamic culture there’s this residue of unattached men — this constant,” he said. “There are men that can’t find wives because other men have taken multiple wives … Islamic culture is just what you can expect to see in a polygamous culture.”

Tucker continued, “You always have this Al Qaeda — this cohort of unattached men that go off in the desert and decide this is not the true Islam.”

In an op-ed for Human Events this week, Tucker delved deeper into this theme, recapping the multiple crises going on in the Middle East and claiming that these debacles, wars and violent uprisings are nothing new.

“Islam has been attacking its neighbors ever since the Prophet Mohammed received the Koran from the Angel Gabriel in the 7th century. Within 50 years of his death, Muslim armies had conquered the known world from Spain to Afghanistan,” he wrote. “The Moguls invaded India, setting off a conflict that persists today. The Ottoman Empire besieged Europe for hundreds of years before its collapse in the 20th century. As historian Samuel Huntington has written, Islam has always had ‘bloody borders.’”

He believes that the ongoing strife is due to the polygamous practices that are ingrained in the culture, as Islam is the only major modern-day religious structure that embraces widespread practice of plural marriage.

Tucker argues that Christianity, on the other hand, has offered up a strict enforcement of monogamy — one that has been the foundation of Western culture.

“The benefits are that there’s a boy for every girl and a girl for every boy. Everyone gets a chance to mate,” he said. “There’s an egalitarianism that creates a peaceful social contract.”

He hopes that Islamic cultures who practice polygamy will give it up in an effort to usher in peace and social tranquility.

Tucker also recently shared his theory on the dangers of “state polygamy,” a societal phenomenon involving the increase of single women raising kids without fathers, while relying on the government to meet the children’s needs. What is Family Happiness?
Priest Gleb Grozovsky
Oh, how important it is to submit the body to the spirit in order to escape a family break-up. Today in Russia over fifty percent of all marriages end in divorce [and America is not far behind]; every second union of loving couples falls apart. Is this really love? The causes of this may be various, but the meaning is the same. Polygamy is Harmful to Society, Scholar Finds
Increased crime, prostitution and anti-social behaviour. Greater inequality between men and women. Less parental investment in children. And, a general driving down of the age of marriage for all women.
Comments