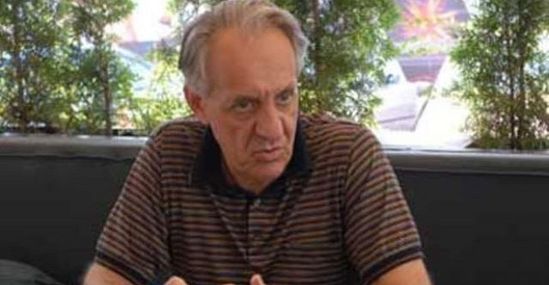 On February 15, when the Serbian Orthodox Church celebrated the feast of the Meeting of the Lord, Mahmud Bušatlija a Moslem Montenegran who descends from the noble lineage of Skenderbeg Crnojević and Mahmud Pasha Bušatlija, became an Orthodox Christian. Mahmud, now named Stanko, has returned to the faith of his Orthodox Christian ancestors, reports Radio Svetigora.

Staniša ("Stanko") Crnojević (1457–1528) was the son and heir to the throne of Ivan I Crnojević, who ruled the Lordship of Zeta (part of what is now Montenegro) from 1465 to 1490. In 1485, Ivan I sent his son Stanko to the Ottoman Sultan to become a vassal. Stanko soon converted to Islam, and was given the name Skender. He was made the military and administrative commander of the sanjak, or district, of Montenegro. Ivan I Crnojević, Skender’s father, was the founder of Cetinje Monastery.

Kara Mahmud Bušatlija (died 1796) was the 3rd Head Vizier of the Albanian Pashalik of Scutari in the 1780s. He was defeated in his attempt to subdue Montenegro in 1796, and was decapitated by a warrior from a Montenegrin clan. His skull was placed in the Cetinje Monastery by St. Peter of Cetinje, who forbade anyone to defile it. It remains near the grave of his ancestor, the Serbian Christian ruler Ivan I Crnojević, to this day.

Metropolitan Amfilohije of Montenegro and the Littoral noted at Stanko’s baptism that on that day, the descendant of Mahmud Bušatlija, who still bears his name, has returned home to the grave of his father--Ivan Crnojević, the Serbian Orthodox ruler in Montenegro. Imam embraces Christianity
The Linga portal with the reference to the Spanish radio station Сadena Сope tells about the joys and tragedies of a young man who turned to Christianity from Islam.