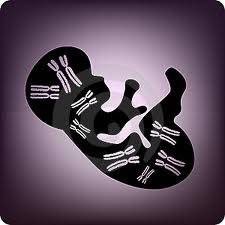 An FDA panel is currently reviewing a procedure that would allow a child to inherit genetic material from three different people.

If that sounds like one too many to you, congratulations! Your moral intuition is more highly developed than that of many scientific researchers.

The procedure, pioneered at Oregon Health and Science University, involves replacing defective mitochondria in a woman’s egg with healthy mitochondria from another woman.

To understand the controversy, you have to understand that every human carries two kinds of DNA: chromosomal DNA, the iconic “double helix,” to which both your father and mother contribute equally, and mitochondrial DNA, which serves as the power source in cells and is only passed on by your mother.

If this proposed procedure is approved, the result would be children with DNA from three different people.

Not surprisingly, this procedure is being justified as a therapeutic measure. As the Washington Post put it, “scientists think [the procedure] could help women who carry DNA mutations for conditions such as blindness and epilepsy.”

Yet similar methods using embryonic stem cells have failed to deliver on any of the promises made by their proponents. All we have to show for the research is destroyed human lives.

Likewise, whether this procedure can actually alleviate suffering is conjectural. What is certain is that, once we open the door to mixing and matching DNA, it will not stop with replacing defective mitochondria.

Marcy Darnovsky of the Center for Genetics and Society called the procedure “radical experimentation on future children.” Writing in the New York Times, she urged “carefully and thoughtfully [applying] the tools of human genetic engineering to treat medical conditions in people” instead of manipulating “the genetic traits of future children.”

Which is what the proposed procedure would do. Thus, it would open the door to, in Darnovsky’s words, “human experimentation and high-tech eugenics.”

Naturally, proponents of the procedure dismiss these concerns. As one of them put it, “I don’t think we should be motivated by a fear of the unknown.”

Well, we’re not. What concerns me and should concern you is the often-irresistible human temptation to play God.

Nearly twenty years ago, in his book “Forbidden Knowledge,” the late Roger Shattuck wrote that modern technology walks along “an increasingly slippery slope little affected by good intentions and individual twinges of conscience.”

Shattuck warned about the dangers posed in mapping the human genome, writing that the scientists involved were “often more interested in genomes … than in humans.” Many of them thought nothing of “editing our genetic text.”

If you enter the word “transhuman” into a search engine, you will see that the enthusiasm for “editing” has increased exponentially since then.

Shattuck wasn’t saying scientific research was bad, per se. In his words, science “is neither a sin nor a grail.” Instead, he was warning that some things are better left unknown, not because knowledge is evil but because we are—or at least can be.

History bears him out. As he put it, for every Prometheus, there is a Pandora’s box. We simply aren’t wise enough to know which is which. That’s why some lines should never be crossed.

Because even as we tell ourselves that our goal is to heal, we will end up creating Frankenkinder, instead. Neuroscientists disprove Freud's conclusions on religion
The scientists researched all the studies on religiosity and mental health that have been published since 1990 in different countries in the world in the most-cited specialized journals on psychiatry and neurobiology. The Faith of Scientists