Patriarch Kirill: "If freedom violates the Divine plan, then it is not freedom, but slavery" 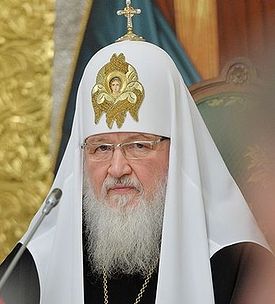 "Destruction of traditional values today also affects interpersonal relations,” noted His Holiness Patriarch Kirill at the meeting with members of the "Women in business" All-Russian social organization. “We know that even the facts that a marriage means relations between a man and a woman and that a choice of gender is not an intellectual and volitional one, but a Divine choice, are now being disputed. Children are already being taught this. They are told: ‘You should choose yourself whether you are a boy or a girl’; that is, what was founded by God is being destroyed by people, ostensibly for the sake of freedom.

"But then, what is freedom like? If freedom ruins the Divine plan of the world and of mankind, then it is not freedom, but slavery. And we know that the devil enslaves a man, because the most dangerous captivity is to be not free from sin, when a person cannot live in accordance with his or her calling," stressed the Patriarch.

Finding Freedom
Sergei Khudiev
The story of St. Mary is the story of a repentant harlot. Why does the Church find this story so important? Why does the whole Orthodox world remember this woman? A Christian’s Freedom, the Church’s Freedom, and Religious Freedom
Alexei Ilyich Osipov
Free will is such an important quality that, when it is lost, the personality becomes completely degraded. But as long as self-awareness is preserved, no one can take authority over this freedom—not another man, nor society, nor laws, nor any regime, nor demons, nor angels, nor even God Himself. Saint Macarius of Egypt (fourth century) said: "You are created in the image and likeness of God; therefore just as God is free and creates what He wants … so are you free. Therefore, our nature is well capable of accepting both good and evil; both God’s grace, and the enemy’s powers. But it cannot be forced."
Comments
×