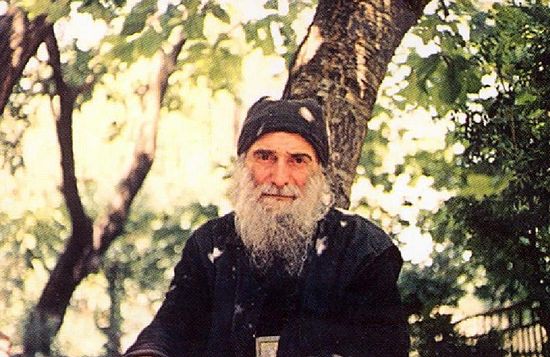 On Tuesday, April 1, the holy relics of Father Gabriel (Urgebadze) are to be translated from the Holy Trinity (Sameba) Cathedral in Tbilisi to the Samtavro Convent, where this great elder was buried in 1995 and where on February 22, 2014, his relics were uncovered. Catholicos-Patriarch Ilia II of All Georgia informed the people about this in his Sunday sermon on Sunday, March 30, reports InterPressNews.

On April 1 at 1:00, the relics of St. Gabriel will be translated to the Samtavro Convent.

The uncovering of the relics of St. Confessor Gabriel, the “fool-for-Christ" took place on February 22 in Georgia. The Venerable father's relics were placed at the Transfiguration Cathedral of the Samtavro Convent. At noon a prayer service was celebrated there, which was headed by Catholicos-Patriarch Ilia II with Georgian hierarchs and clergy concelebrating. On February 23 the saint's relics were translated to the Svetitskhoveli Cathedral of Mtzkheta. Since February 24 the holy relics have been kept at Holy Trinity Cathedral.

It was planned that the saint’s relics would stay at the Sameba Cathedral for just a week, but due to an unbelievable influx of the faithful, desiring to venerate their beloved elder's relics, the Patriarchate of Georgia made the decision, "to prolong the stay of Relics of Holy Confessor Gabriel (Urgebadze) the “fool-for-Christ" at the Sameba Cathedral for an extra several weeks".

An avenue now named after great Georgian elder Gabriel (Urgebadze)
It was the holy archimandrite’s sister and 3,000 parishioners of Georgian churches together with her who appealed to the Georgian Patriarchate and the municipal authority with the request to rename Cholokashvili Avenue to St. Gabriel Avenue.