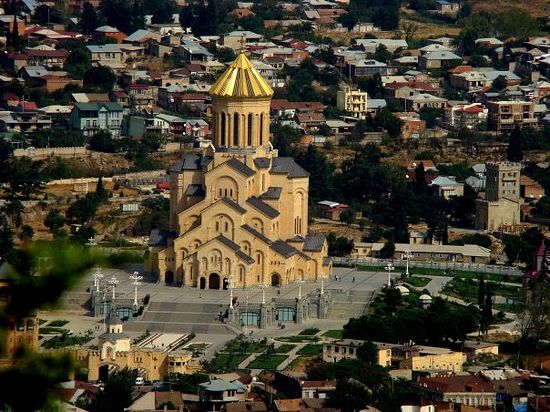 According to the Imedi television company, the research carried out by the International Republican Institute (IRI), showed that the Georgian Orthodox Church enjoyed the highest level of confidence among state, political and public institutions in Georgia: 94% of respondents trust it.

The army is the second in popularity on the issue in the poll with 93% of respondents trusting it. The media ranked third with 84%, while the police ranks fourth with 82%. Poll shows that Greeks are the most religious people in the EU
75 percent of Greeks have called themselves religious and 46.2 percent have stated that they pray regularly. 930 more children to become godchildren of the Patriarch of Georgia

930 more children to become godchildren of the Patriarch of Georgia
The 35th mass baptism is to take place after the Easter celebrations. Russians disapprove of criticism of Russian Orthodox Church - poll
The public opinion survey, which was conducted in 43 Russian regions on February 1-2 and involved 1,500 people, showed that only 15% of respondents are skeptical towards the Church. Russians still trust president, Church the most - poll
The president and the Orthodox Church are still the most trusted institutions and structures in Russia. Most Britons Support Teaching of Christianity in School, Poll Says