Debates surrounding the possible building of a mosque in Athens continuing 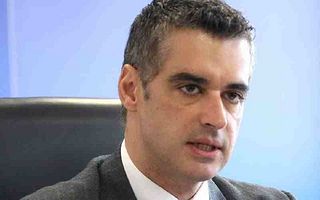 Aris Spiliotopoulos
The proposal of Athens mayoral candidate Aris Spiliotopoulos of submitting the issue of the construction of a mosque in the city to a referendum is supported by many hierarchs of the Church of Greece, reports Romfea.

Aris Spiliotopoulos, an Athens mayoral candidate, has declared that if he is elected mayor, he will then hold a referendum at which the citizens must clearly express their opinion concerning the construction of a mosque in Athens, voting “for” or “against”.

“Athens citizens are those who will decide, and the holding of the referendum is the most democratic path which we must follow,” commented a metropolitan from Attica, who wished to remain anonymous, reports Romfea.

“Ask the city-dwellers,” the metropolitan continued, “whether the taking of such a poll is even discussed among the people. Everybody is definitely against any idea of building of a mosque in Athens”. More than 10 Mosques may appear in Athens

More than 10 Mosques may appear in Athens
According to Giorgos Kaminis, the current mayor of Athens, building of the central mosque in the city opens the way for founding one or two Mosques in each district of the capital.
Comments

Ed Ortiz4/9/2014 7:39 am
This is not a good idea. People everywhere should be free to worship according to their consciences. Not all things are "up to a vote". Greece in general and Athens in particular should allow the opening of mosques.

Why is an Orthodox Christian people copying the anti-democratic Islamist Saudis? And in the birthplace of democracy!
×