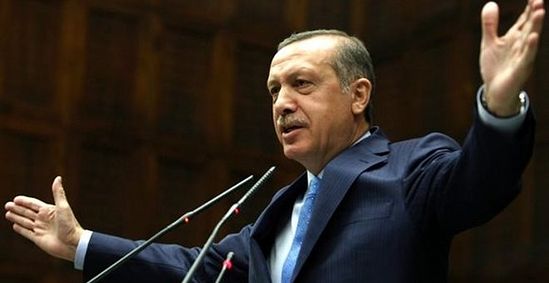 Erdogan is planning to participate in a namaz at the historic Hagia Sophia Church in Constantinople, reports the Radikal Turkish daily newspaper.

The Muslim prayer will probably be performed during the annual celebrations of the conquest of Constantinople by the Ottoman Turks in 1453, just before the August elections, when Erdogan wants to retake his office of prime-minister.

Realizing that such prayer at Hagia Sophia may provoke active opposition, the Turkish authorities have to make concessions and resume the work of the Theological School on Halki.

As a condition for opening the Theological School of Halki, the Turkish authorities asked for the establishment of a mosque in Athens and ending the agreement on appointment of the Mufti of Thrace with the Greek state.

However, only an order by Erdogan is necessary for opening the School on Halki.

Hagia Sophia has been a museum since the time of the first Turkey's president Mustafa Kemal Atatürk, under whom the influence of Islam in the Turkish state was considerably reduced. Before that, Hagia Sophia had been a mosque.

The Radikal newspaper notes that late in 2013, deputy prime-minister of Turkey Bulent Arinc expressed his desire for converting Hagia Sophia into a mosque. Dimitrios5/4/2014 9:57 pm
Enough concessions! Wasn't Cyprus a forced concession? What about Constantinople and conquering the Eastern Roman Empire being another forced concession? The progressive elimination of Greeks from Constantinople? Concession to the demands of the Turkish State on the Patriarchate over generations? Enough! When is the international community going to stand up to these tyrants, these animals? Enough!
×