On June 11, 2014, a solemn signing of the agreement between the Shanghai International Studies University and the Patriarchal Council for Culture about formation of the Center for Study of Orthodox Culture at the University of Shanghai took place. 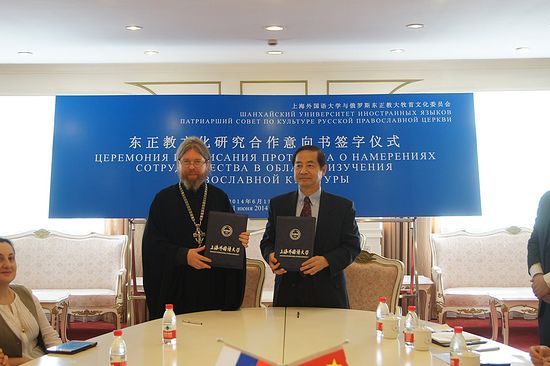 The protocol of intent from the Chinese party was signed by The university President professor Cao De Ming, and for the Russian party, by executive secretary of the Patriarchal Council for Culture Archimandrite Tikhon (Shevkunov). Dean of the university’s Russian language and literature department professor Chan Zh Li, senior researcher of the department professor Wang Chang Hong, numerous teachers, undergraduate and postgraduate students were present at the ceremony.

The tasks of the Center for study of the Orthodox culture include an introduction to traditional Russian culture, organization of research work, publication of books: specifically, the Chinese-Russian Biblical dictionary and the dictionary of Orthodox terms, exchange of undergraduate and postgraduate students, holding of workshops and conferences as well as courses of lectures for undergraduate and postgraduate students in China and Russia.

In his welcoming speech the President Cao De Ming, noted:

“It seems that Orthodox culture is an important part of the Russian culture; it exerted, exerts and will exert a wide and far-reaching influence on the spoken and written language in Russia, on the national self-consciousness, spiritual life, culture and traditions of the Russian people. In recent years there has been a discernibly favorable tendency of development of activity of the Russian Orthodox Church in Russia. The Church is playing a more and more serious role in the political, social, educational spheres as well as in the relations of Russia with the near abroad (i.e. the former USSR republics) and foreign countries. Under these conditions a detailed acquaintance with the Orthodox culture and understanding of it is a major requisite for thorough comprehension of the Russian reality and culture which will definitely have a positive effect on improvement of the humanitarian relations between China and Russia and strengthening of the strategic cooperation between these countries in all spheres.

“Last May, the first visit of His Holiness Patriarch Kirill of Moscow and All Russia to China took place. We encourage and admire his stand and opinion that ‘the Russian Orthodox Church is ready to develop contacts with the Chinese Party, based on the principles of mutual respect and noninterference into internal affairs of each other, for the purpose of contribution to deepening of the Russian-Chinese relations’.

“I feel certain that the signing of the protocol of intent to cooperate in the sphere of study of Orthodox culture will, beyond doubt, strengthen exchanges and coordination between the parties in the sphere of research of Orthodox culture and will give a new impetus to the academic research of our university, related to the Russian Orthodox culture. The fruits of our mutual efforts will contribute to strengthening of the Chinese-Russian humanitarian relations and development of the interstate relationship”.

In his turn, Archimandrite Tikhon expressed his sincere gratitude to the university president, the dean, and the whole teaching staff for the warm and friendly reception, as well as for the mutual understanding and fruitful negotiations, crowned by the signing of the agreement. Archimandrite Tikhon has stressed that the Patriarchal Council for Culture will “make every effort to ensure that the mutual work of the Russian and Chinese participants of the project should yield results in the academic, cultural and spiritual communication of our peoples.” 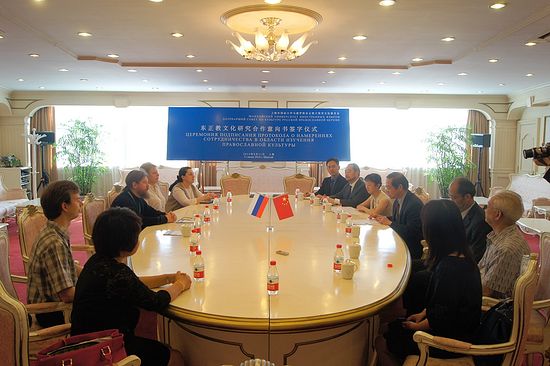 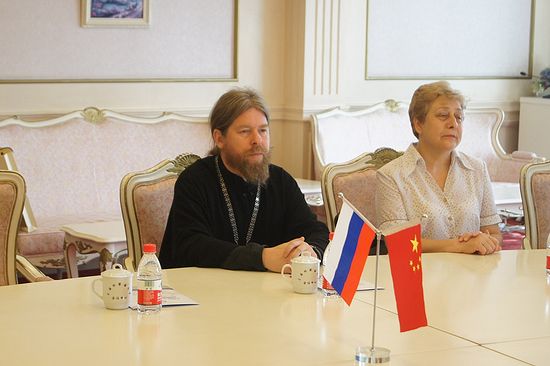 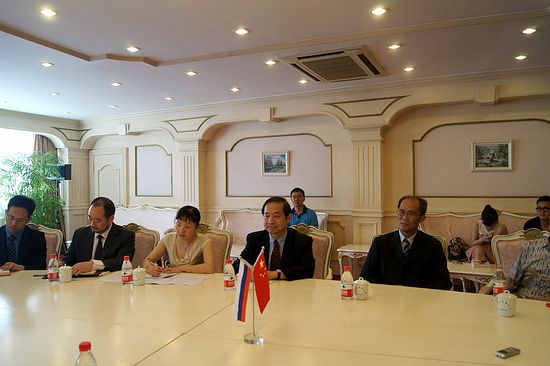 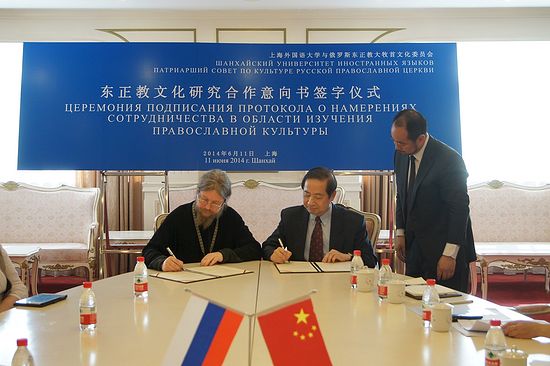 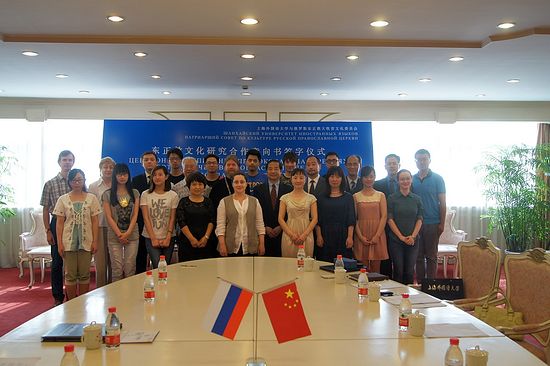 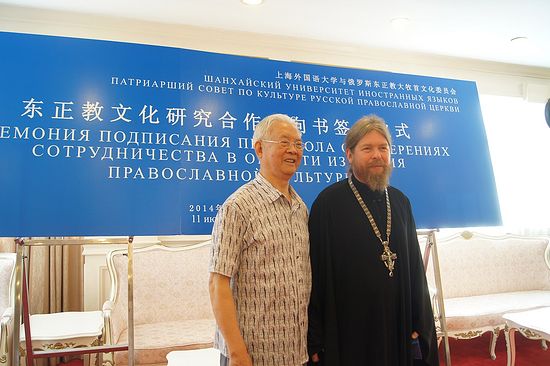 Archimandrtie Tikhon (Shevkunov): “Seeing young Chinese Christian seekers is the most astounding experience I’ve had in a long time.”

Archimandrtie Tikhon (Shevkunov): “Seeing young Chinese Christian seekers is the most astounding experience I’ve had in a long time.”
Archimandrite Tikhon (Shevkunov), Anton Pospelov
It all began when some Chinese people calling themselves Christians expressed the desire to make my acquaintance after one of them read my book, Everyday Saints in English. To tell you the truth, these new acquaintances of mine couldn’t really say what confession they are in—they just read the Gospels, believe in the Lord Jesus Christ, pray to Him, and firmly and stubbornly consider themselves Christians. Some of them are not baptized at all, others were baptized by Protestants, yet others by Catholics…
Comments

Bartholomeos6/17/2014 8:35 am
“It seems that Orthodox culture is an important part of the Russian culture;" - that is the understatement of the millennium! But that said, this is wonderful news and I hope this will be good for Orthodoxy in China.
×